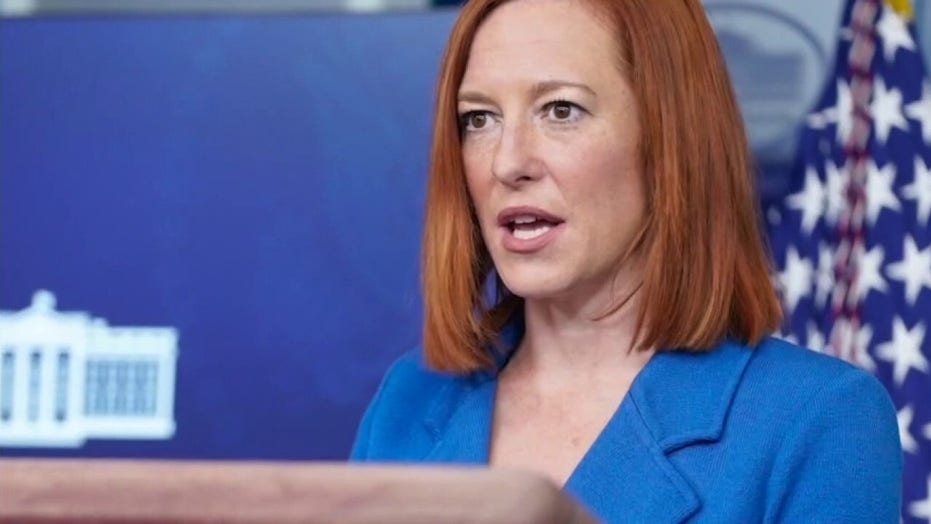 President Biden revoked the permit for the 1,700-mile pipeline on his first day in office, ending a project that was expected to employ more than 11,000 Americans this year. Doocy asked Psaki to comment on when the workers who lost job opportunities due to Biden’s executive order could expect to receive a "green job" as a replacement.

"When is it that the Biden administration is going to let the thousands of fossil fuel industry workers, whether its pipeline workers or construction workers who are either out of work or will soon be out of work because of Biden’s EO, when it is and where it is that they can go for their green jobs?" Doocy said.

Doocy referenced Biden’s pledge to create "high-paying union jobs" through investments in green energy infrastructure projects. In response, Psaki called on Doocy to present more evidence to back up his question.

"Well, I’d certainly welcome you to present your data of all the thousands and thousands of people who won’t be getting green jobs," Psaki said. "Maybe next time you’re here you can present that."

"But you said that they would be getting green jobs, so I’m just asking when that happens?" Doocy said.

Doocy cited a recent claim by Laborers’ International Union of North America that Biden’s decision to cancel the pipeline would cause 1,000 union jobs to "immediately vanish" and eliminate 10,000 more construction jobs.

He also noted recent remarks from AFL-CIO president Richard Trumka, a longtime Biden ally who recently told "Axios on HBO" that he disagreed with the president’s decision.

"I wish he hadn’t done that on the first day because the Laborers International is right," Trumka told Axios. "It did and will cost us jobs in the process. I wish he had paired that more carefully with the thing he did second by saying, ‘here’s where we’re creating jobs.'"

"As the president has indicated when he gave his primetime address to talk about the American Rescue Plan, he talked about his plans to also put forward a jobs plan in the weeks or months following," Psaki said. "He has every plan to do exactly that."

Biden’s shutdown of the Keystone pipeline drew bipartisan criticism in recent weeks, with Republican Sen. Ted Cruz of Texas and Democratic Sen. Jon Tester of Montana among those who pointed out the expected job losses. Canadian Prime Minister Justin Trudeau said he was "disappointed" by the executive order.

The issue marks an early challenge for Biden, who told supporters just before the presidential election that he would "be the most pro-union president you’ve ever seen.