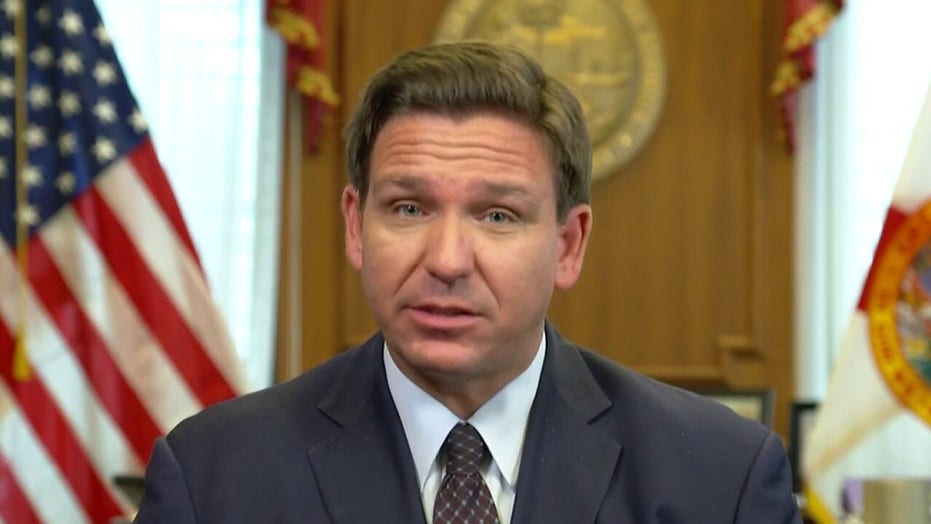 Ron DeSantis: We must say no to mandates in Florida

White House press secretary Jen Psaki on Tuesday slammed Florida Gov. Ron DeSantis for cracking down on mask mandates in his state, saying he and other governors need to "get out of the way" when it comes to public health.

Psaki was asked during her daily press briefing to address Florida and the multiple other states that have been defiant to new guidance by the Centers for Disease Control and Prevention that recommends universal masking in schools.

DeSantis signed an executive order last week that allows parents to ignore mask mandates in schools. His order came as the coronavirus delta variant brings on a new surge of infections and hospitalizations in his state.

Psaki on Tuesday continued her criticism of DeSantis' handling of the pandemic while noting that "most Republican governors are doing exactly the right thing" and following the CDC.

"She might want to brush up on the Constitution and learn more about the role of a state governor," Pushaw wrote, in part. "As it turns out, freedom matters. Every day, nearly a thousand Americans relocate to Florida – mostly fleeing from the ever-changing, contradictory COVID restrictions pushed by federal bureaucrats on lockdown states."

"By contrast, Governor DeSantis keeps up with the latest research and makes data-driven decisions," she added. "If he had ‘gotten out of the way’ as Psaki suggested, and let the CDC run our state, many of those lives might have been lost – as we saw with the tragic situation in New York, Michigan, and Pennsylvania, where the age-adjusted death rates are significantly higher than in Florida."

During her briefing Tuesday, Psaki also briefly criticized Texas as having "the most extreme of these measures," where Gov. Greg Abbott signed an executive order banning coronavirus vaccine mandates in the public sector and threatening a $1,000 fine against violators.

"Twenty percent of the cases we're seeing are in Florida," she said during her Monday briefing.

Psaki appeared to have partially misrepresented Florida policy – DeSantis made mask-wearing optional for Florida students but did not prohibit students from wearing masks.

DeSantis' office fired back at Psaki Monday afternoon, pointing out that the state allows parents to decide whether their children will wear masks or not, and highlighting that the governor held over 50 vaccine-specific events urging Floridians to get the shots.

"By dismissively ignoring Governor DeSantis’ efforts to protect vulnerable Floridians, Psaki is the one playing politics with the pandemic," Pushaw told Fox News.

DeSantis, an outspoken opponent of coronavirus restrictions like state-level mask mandates, has been repeatedly floated as a potential 2024 challenger to President Biden.