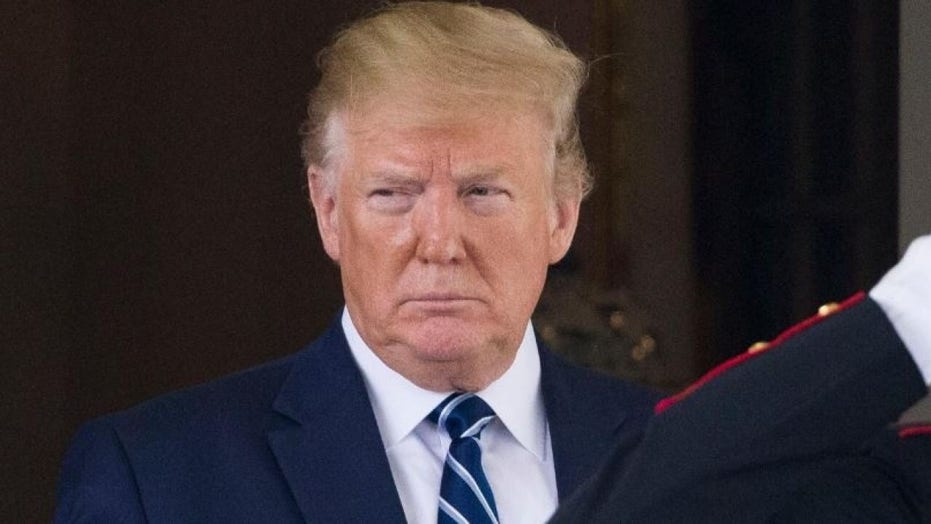 Donald Trump on border crisis: Democrats are bringing violence from other countries, destroying the United States

Former President Donald Trump discusses the crisis at the border.

The White House on Monday maintained that the situation at the U.S. southern border is "not a crisis," but instead called it a "circumstance," as thousands of unaccompanied children attempt to enter the country.

White House press secretary Jen Psaki, during the briefing on Monday, again squashed the characterization of a "crisis."

Psaki said White House officials, in reviewing photos of inside the Border Patrol facilities, said they are "not places made for children," and not places the administration wants children to be staying for extended periods of time.

"The alternative is to send children back on this treacherous journey," Psaki said. "That is not, in our view, the right choice to make."

Psaki said the administration’s focus, at this point, is "on solutions" and "putting in place policies, including expediting processing at the border and opening additional facilities."

"Our focus is on solutions and implementing them as quickly as possible," Psaki said. 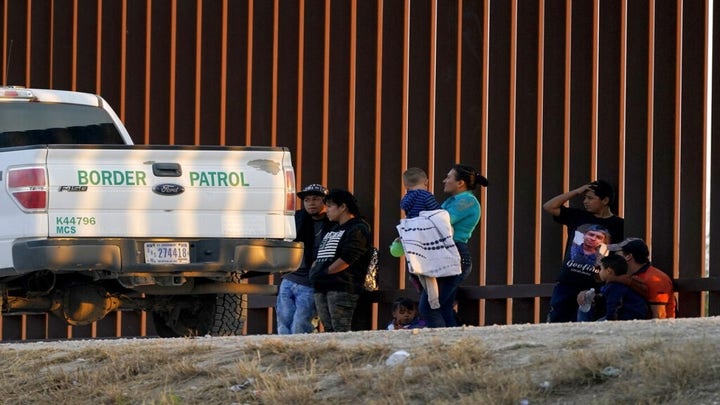 "DHS has continued our close coordination with HHS as it increases its capacity to care for unaccompanied minors and place them with sponsors. Our goal is to ensure that CBP has the continued capability to quickly and efficiently transfer unaccompanied minors after they are apprehended to HHS custody, as is required by U.S. law, and as is clearly in the best interest of the children," a Customs and Border Protection (CBP) spokesman told Fox News in a statement.

CBP announced that the agency encountered 100,441 individuals in February, a 28% increase over January, the agency said. Of those, 19,246 individuals were in family units, 9,457 were unaccompanied children (UACs) and 71,598 were single adults.

"We well understand that out of desperation, some children might not wait. Some loving parents might send their child to traverse Mexico alone to reach the southern border – our southern border," Mayorkas said on "CBS This Morning" last week.

"I hope they don't undertake that perilous journey," Mayorkas said. "But if they do, we will not expel that young child. We will care for that young child and unite that child with a responsible parent."

Meanwhile, Psaki on Monday said "the vast majority" of migrants coming to the border "are turned away."

"That is the message we will continue to covey and the president has also conveyed that directly, as has the secretary of Homeland Security," Psaki said. "The border is not opened, and the majority of people are turned away." 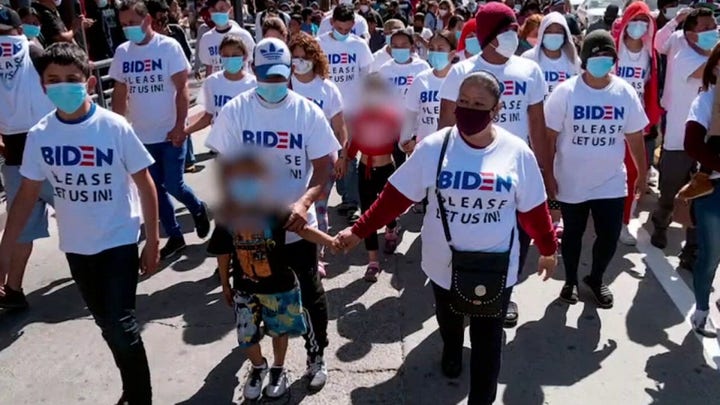 In terms of children, though, Psaki said the administration is "focused on expediting the process at the border and ensuring they can get to shelters as quickly as possible."

As for President Biden, Psaki had no update on potential plans for him to visit the border, but said he is "briefed regularly" on the situation, and that the White House is reviewing a number of ways to address the "broken process," including through legislation.

Psaki was also asked to address conditions for children with regard to the coronavirus pandemic.

"Kids are tested, and if they need to quarantine, they are quarantined," Psaki said. "We also follow CDC guidelines to ensure they are kept safe."

She acknowledged, though, that the administration is "concerned about the public health impact," and said that is why officials are pushing to put in place new policies.

"We have a plan, we're implementing it, and we are confident we'll be successful," Psaki said.

Meanwhile, the president, during an interview on ABC's "Good Morning America" last week, was asked if the administration needed to clearly tell migrants not to come.

"Yes, I can say quite clearly: don't come," Biden responded, later adding, "Don't leave your town or city or community."