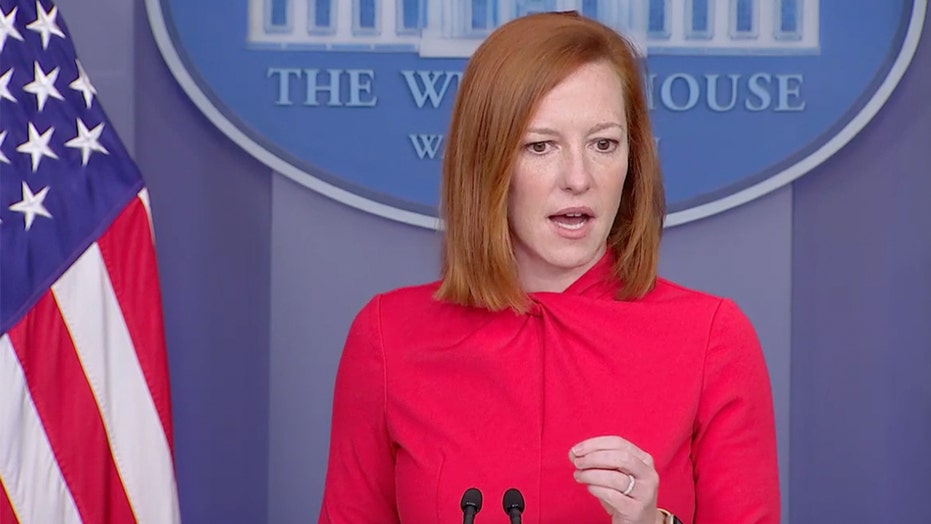 Asked if Biden had any regrets after his remarks ignited rage from Russian officials, Psaki responded: "Nope. The president gave a direct answer to a direct question."

Putin on Thursday responded to Biden’s comments with "it takes one to know one."

In response to that retort, Psaki said: "Nope. The president gave a direct answer to a direct question."

She added that Biden and Putin have known each other for a long time and have worked through "many iterations of the relationship."

One reporter asked if Biden also believed Saudi Crown Prince Mohammad bin Salman, who has been blamed by U.S. intelligence for approving the killing of Washington Post journalist Jamal Kashoggi, is a killer.

Biden in an interview Wednesday said Putin is a killer who will "pay a price" after a U.S. intelligence report released this week found that Moscow sought to influence public opinion against him on the 2020 campaign trail.

RUSSIA PUSHES BACK, PUTIN SPEAKS OUT AFTER BIDEN CALLS HIM A KILLER

"The price he is going to pay, well, you’ll see shortly," Biden said.

In the declassified report released Tuesday by the U.S. Office of the Director of National Intelligence, federal investigators found no evidence that foreign powers "manipulated any election results" in the 2020 presidential race, but they did try to influence public opinion for their favored candidates.

Iran, Cuba, Venezuela and the Lebanese militant group Hezbollah all made attempts to harm President Trump’s 2020 re-election campaign, the report said, while Russia sought to harm then-candidate Biden, and China held back.

Putin pointed at the U.S. atomic bombing of Japan during World War II, as well as its history of slavery and slaughtering Native Americans, noting the painful legacies weighing on the United States. 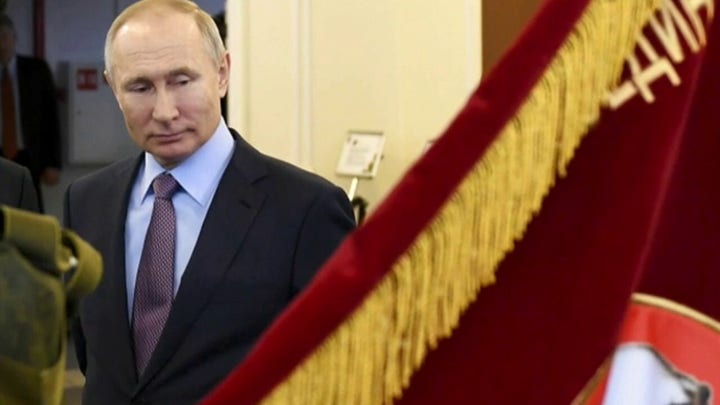 "I remember, in my childhood, when we argued in the courtyard, we used to say: ‘It takes one to know one.’ And that’s not a coincidence, not just a children’s saying or joke," Putin said.

BIDEN: PUTIN, A KILLER, WILL ‘PAY A PRICE’ AFTER RELEASE OF 2020 ELECTION REPORT SUGGESTING INTERFERENCE

"We always see our own traits in other people and think they are like how we really are. And, as a result, we assess [a person’s] activities and give assessments."

In a highly unusual move, Russia announced it was recalling its ambassador from the United States after the remarks.

Andrei Turchak, the leader of the main pro-Kremlin United Russia party, described Biden’s remarks as a reflection of "the U.S. political marasmus and its leader’s dementia."

Kremlin spokesman Dmitry Peskov deplored what he called "very bad remarks by the U.S. president" that made it clear that "he doesn't want to normalize relations."

"We will proceed accordingly," Peskov said during a conference call with reporters, noting that "there was nothing like that in history."