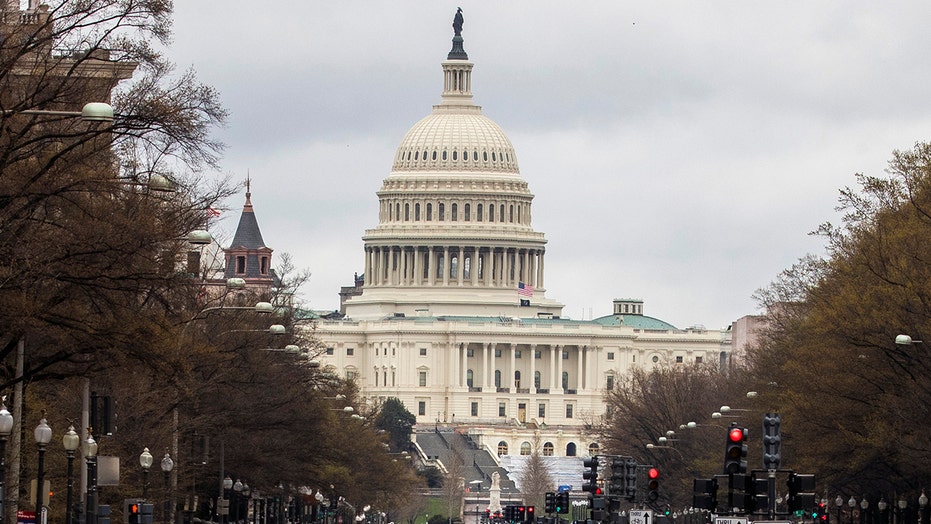 A provision in the $2 trillion coronavirus response package that Republican senators had warned could fuel layoffs looks likely to remain in the text -- after an 11th-hour effort to remove it in the Senate was shot down.

Republican Sens. Lindsey Graham and Tim Scott, both of South Carolina, Ben Sasse of Nebraska, and Rick Scott of Florida flagged what they described as a “massive drafting error” that could have “devastating consequences.”

The concern is that the current version could pay workers more in unemployment benefits than they're currently making, by adding a $600 per week payment on top of ordinary benefits that are calculated as a percentage of income. This could disrupt the labor market further, the lawmakers warned.

“Unless this bill is fixed, there is a strong incentive for employees to be laid off instead of going to work. This isn’t an abstract, philosophical point -- it’s an immediate, real-world problem,” Tim Scott, Sasse and Graham said in a statement.

In a press conference, Tim Scott gave the example of someone in South Carolina making $20 an hour, or $800 a week, who could get up to $326 of unemployment benefits in the state, followed by another $600 a week in the federal benefit, meaning they would be earning more than their normal salary.

Critics of their stance noted that the unemployment boost would currently expire in the summer, plus one cannot leave a job voluntarily and then claim unemployment. Others suggested it could be solved by employers raising wages.

But the senators warned that introducing such powerful incentives into the economy at such a crucial time could kneecap the economy even further.

"You want to destroy what's left of the economy? Pass it the way it’s written," Graham said. "If you want to help people, pay them their wages, but don’t pay them more not to work."

It was a stance supported by conservative groups such as the Heritage Foundation.

"As currently drafted, the CARES Act will cripple the economy by pushing people away from their employers and onto unemployment insurance,"  said Paul Winfree, director of Heritage's Roe Institute for Economic Policy Studies. "This will ultimately hurt workers who will be better off remaining attached to their jobs so that when the pandemic subsides we can all get back to work as quickly as possible."

Sasse introduced an amendment Wednesday that would cap unemployment benefits at 100 percent of someone’s salary. It needed 60 votes in the upper chamber but only mustered 48 votes in the face of opposition mainly from Democrats but also including some Republicans. 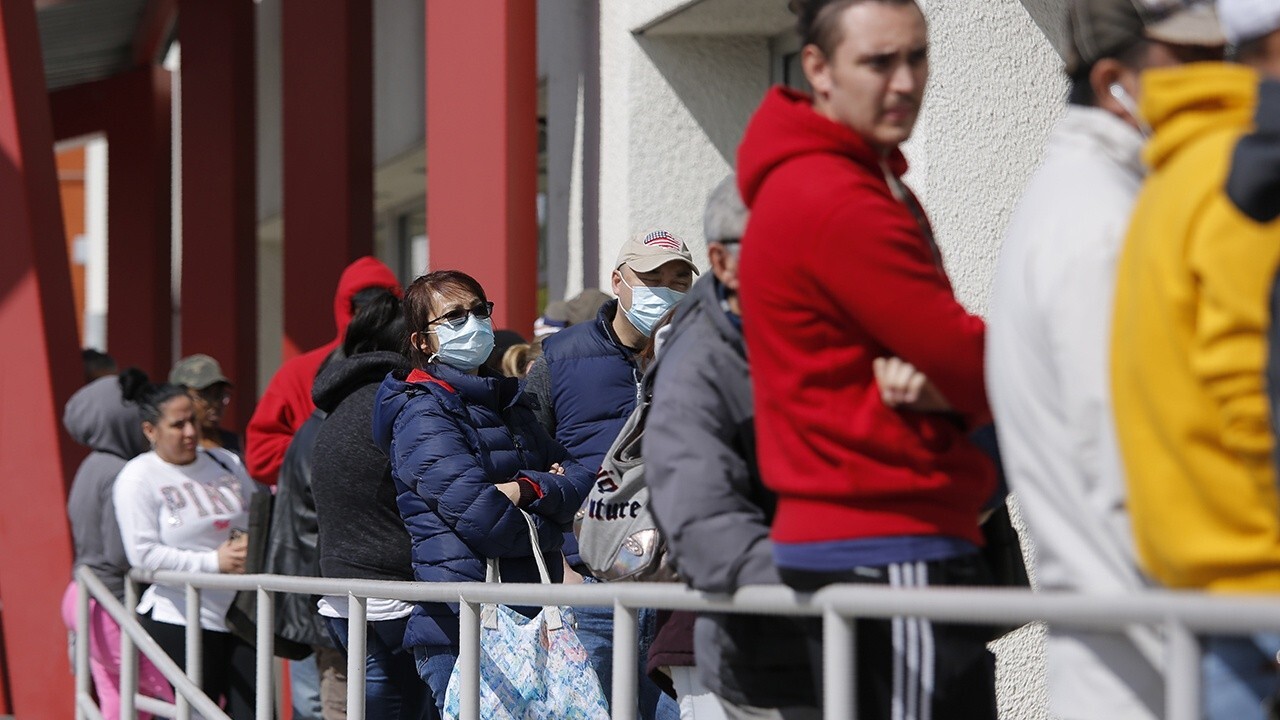 That opposition was encapsulated by Sen. Bernie Sanders, I-Vt., who even threatened to put a hold on the bill over the issue “until stronger conditions are imposed on the $500 billion corporate welfare fund to make sure that any corporation receiving financial assistance under this legislation does not lay off workers, cut wages or benefits, ship jobs overseas, or pay workers poverty wages.”

The Republicans still voted for the bill -- given the urgency of the economic situation at large -- but kept their objections to that part of the bill.

“The bottom line is that the good in the bill outweighed the bad, and especially this provision that I thought was bad,” Sen. Tim Scott said on Fox & Friends.

Their concerns have been echoed by Republicans in the Democrat-controlled House, where making changes that would limit unemployment faces an even bigger hurdle than the effort in the Senate.

“Yes that’s a problem,” House Minority Leader Kevin McCarthy told reporters late Wednesday when asked about the item. “This is not a moment in time, when all of America is trying to come together, that someone should benefit and get a higher payment than they're actually earning while they’re working by taking money from a taxpayer to pay you.” 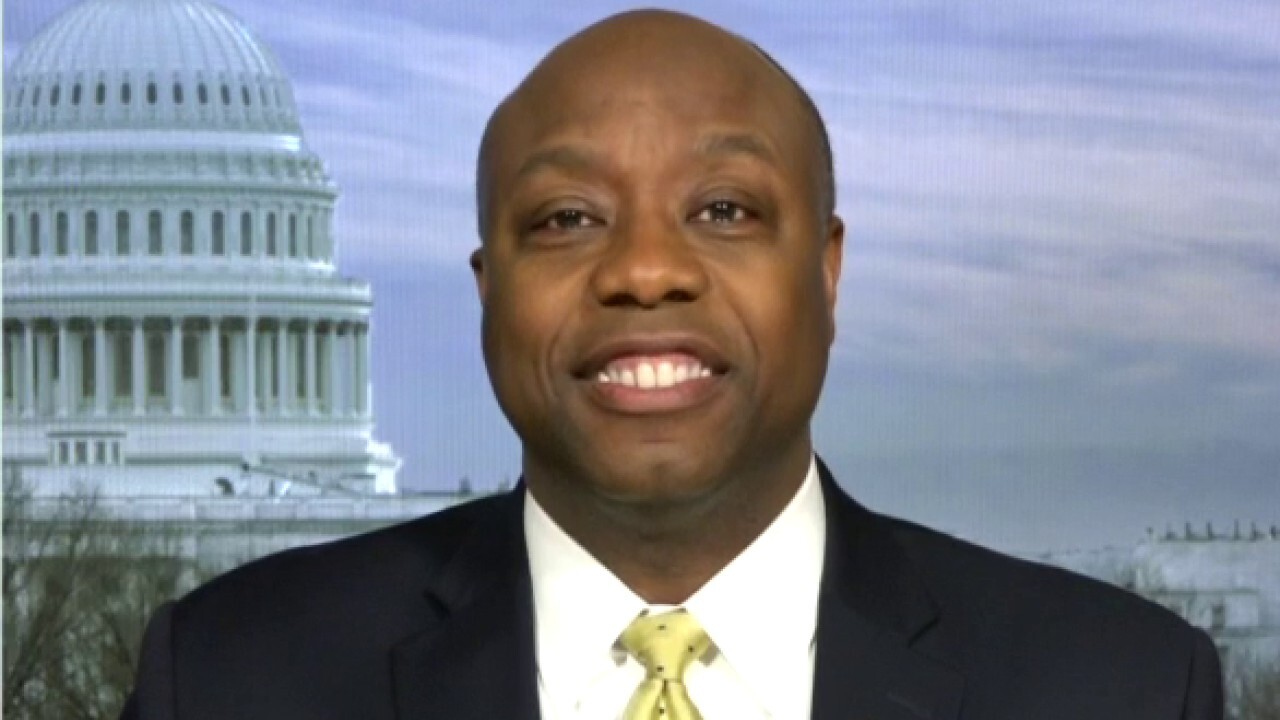 “I don’t think any American would actually want that, so why wouldn't we just correct that bill so that wouldn’t happen?” he said.

But, with most lawmakers agreeing that time is of the essence, and leaders trying to keep all of their caucuses in check and on board for the enormous package, it seems likely that Republicans won’t mount a longshot effort to fix it, considering that it would likely be dead on arrival on a House vote.

Currently, the House plans to vote on the bill Friday in a voice vote, in part as a safety precaution -- which would make a protracted fight over legislation unlikely.

“In order to protect the safety of Members and staff and prevent further spread of COVID-19 through Members’ travel, the Republican Leader and I expect that the House vote on final passage will be done by voice vote. Members who want to come to the House Floor to debate this bill will be able to do so,” Majority Leader Steny Hoyer said in a letter to colleagues, adding that there would be a chance for debate if needed.

Fox News’ Gregg Re and Chad Pergram contributed to this report.