Power Play: The Mindboggling Numbers of the Midterms 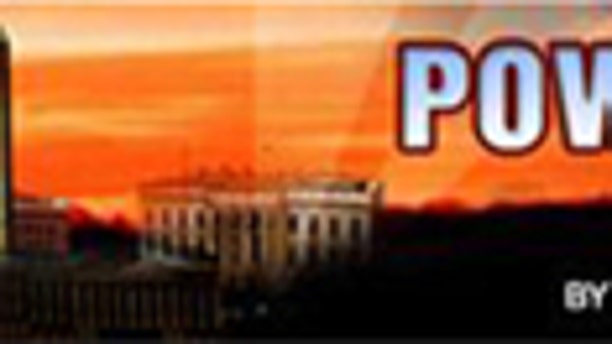 The numbers are simply mindboggling.

When sage and sober forecasters and analysts start talking about 60-seat gains in a midterm election, it sounds impossible. But here we are on Election Day, and there is no analyst worth his salt who isn't at least open to the prospect of a 60+ seat turnover.

In fact, the Democrats to whom Power Play talks now tend to be even bolder than the Republicans. Maybe GOPers are worried about a jinx or maybe they're afraid of being called crazy, but the ones talking about big, big numbers seem to be Democrats.

"It's a damn disaster," said one Democratic pollster who said he planned to spend the evening getting good and drunk. "If [Republicans] get 70 seats it wouldn't surprise me."

Some of this is expectations management in the name of emotional health. But a loss of the kind forecast by the final round of generic ballot surveys is appalling, no matter how you've tried to psych yourself out.

Consider that Republicans gaining 60 seats in a single election would see more than 14 percent of the House turn over. The dynamite Democratic years in 2006 and 2008, produced changes of 7 percent and 4 percent respectively.

And, it would give Republicans 238 members, their largest majority in the House since 1946. But whatever else this election is, it's a referendum on the policies of the Obama administration - what now seems to have been a disastrous overreach.

Tim Kaine & co. may want to insist that this election isn't a judgment on the Obama Democrats but rather an incoherent yawp from an electorate frustrated with a poor economy. But Democrats proved the point when they so often observed that the Republican Party was less popular than the Democratic Party in polls.

If people dislike the current direction enough to vote for a party they like less, that's an even more stinging rebuke.

And the Democrats know it, too. The sitting president of the United States, especially one who once cultivated such an aura of dignity, does not go on a comedy show to be called "dude" or make small talk with Ryan Seacrest unless he knows that something very large and awful is heading his way.

Power Play doesn't recall Ronald Reagan making an appearance with Casey Kasem in 1982, so it's safe to say that Team Obama has abandoned the long-cherished hope that their midterm setback would be on par with the Gipper's 26-seat midterm swatting.And a swing of the size of the one forecast would be all the more remarkable given the stable composition of the House over the past three decades.

The average Republican membership of the House after elections between 1994 and 2004 was 227 seats - a 19 seat advantage over Democrats. And the total number stayed between 232 and 221.

The Democratic average in the six previous elections was 261 seats - an average 87 seat majority over the GOP. The range was between 269 seats (1982) and 253 seats (1984).In 1994, many districts that had started their migration to Republicans during the Reagan (or even Nixon) years, finished off their journey in a cloud of outrage over the early Clinton agenda - gun control, Hillarycare and gays in the military. It was a tipping point, yes, but the new, Republican composition of the House was just as stable as the previous Democratic one. America had found its new political composition and then stayed there.

So, now we are getting ready to have a third consecutive referendum election: backlash against the GOP in 2006 and 2008, followed by backlash against Democrats. It's been a long time since either party won seats instead of just benefitting from the other's losses.

In 2008, Democrats complimented themselves by calling it a realignment. Some Republicans may make the same mistake tonight.

Remember that the largest Republican gains of the 20thCentury -- 55 seats in 1946 -- was followed by a loss of 75 seats the very next cycle. It wasn't a realignment; it was a referendum on President Truman's policies. Republicans were the short-term beneficiaries, but the nation quickly reassumed its Democratic default setting.

Republicans may regain their previous status as the default majority in the House and prove the years of Iraq, Katrina and the Crash of 2008 to have been aberrations and that the party will return to the 227 range in the House for another decade. They might also be establishing a new, larger majority.

But they also may also be put out in two years.

It all depends if they can find a way to deliver results, satisfy the electorate, break the cycle of backlash elections and start building a new normal.

"If you were to believe what the polls are saying about those who are likely to vote, then it's going to be something close to a bloodbath for Democrats. We'll lose the House and lose big."

"This thing is far from over. [Projections] have not taken into account the early vote, which shows there's no energy gap."

"I have a word to describe these people who have the audacity to fight for our Constitution, Mr. President. These people aren't enemies; they are patriots."

"Now, I did also say if you're going to punish somebody, punish your enemies, and I probably should have used the word, "opponents" instead of enemies. Now the Republicans are saying that I'm calling them enemies. What I'm saying is you're an opponent of this particular provision, comprehensive immigration reform, which is something very different."

--President Obama during a radio interview Monday backing away from comments he made a week ago in an interview with a Latino radio station.

"Cap and trade is horrible, the bill that's up there. I respectfully disagree with the president. I don't care if you're a Democrat or a Republican, when you're wrong, you're wrong."

"Obviously, Governor Manchin has flip flopped in all different kinds of directions."

"Look for me. I'm the only Weiner on the ballot. Uh, never mind."

"The notion that the leader of the party is being disloyal to his party is I think unprecedented." -- Democratic strategist Paul Begala on CNN discussing President Obama's refusal to endorse Rhode Island gubernatorial candidate Frank Caprio.

"He is coming for his future not Ohio's future."

"Final tallies for two weeks of in-person voting and a preliminary count of mail-in ballots for the state's two most populous counties, Clark and Washoe, gave Democrats about a 9,000-voter edge.

The slim margin stands out because Democrats hold a 60,000-voter edge in statewide registration."

What is the Nate Silver 2,912 New York Times piece "5 Reasons Democrats Could Beat the Polls and Hold the House"?

Illinois Republicans are touting a massive phone banking operation that party officials say is the most extensive in the nation: 4.4 million calls made and contact with 2.5 million Republican voters.

What can we expect to hear from losing candidates? Possibly the political equivalent to the dog ate my homework: Ballot placement.

According to a study done by Yale University and Arizona State University, top ballot placement can automatically be worth as much as 2.3 percent more votes. With a number of races coming down to the wire tomorrow, that could be more than enough to swing a close race.

If Democrats experience the huge losses expected today, expect a lot of 1940s nostalgia.Appearing on CNN Monday, Democratic National Committee Chairman Tim Kaine was already comparing President Obama to Give ‘Em Hell Harry. It's a common reference for any president in trouble to hearken back to Truman who was widely disdained and saw Democrats routed in 1946 only to be reelected in 1948.

It's rare, though, to hear it so soon, though:

"I'm not worried about it. I was with the president yesterday in Cleveland. We came back to Washington together. He has the right attitude about it: a historical perspective. Look at the midterms. Midterms are always tough for the party with the White House. One of the greatest American presidents, Truman, a favorite of mine, did so much great work in his first two years then lost both houses in the midterms, then people counted him out. He won both houses back two years later. There are lessons here. There's always climbing the learning curve for a new president and always ways to do better. I think the president is proud of the accomplishments of the administration and also, you know, very focused on what things can be done now in the next two years to continue to accelerate the economic recovery. I think he's going to do those things and I think the party will be unified behind him in 2012."

Ohio Senate Democratic candidate Lee Fisher put up a new campaign ad, but cited limited campaign funds as the reason why viewers may not be seeing the ad more than once.

Fisher also showed off his "I (heart) Ohio" tattoo in a new web video. Turns out the tattoo is also budget conscious - it's a fake.