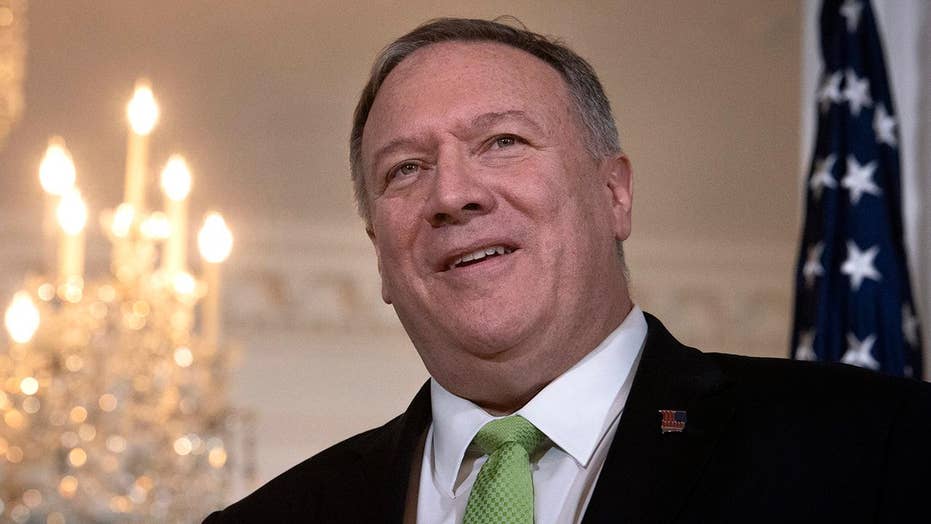 NATIONAL HARBOR, Md.-- Secretary of State Mike Pompeo mocked his predecessor John Kerry on Friday at the Conservative Political Action Conference for what he described as his “fancy dinners” and “cocktails” in European destinations during the Obama administration.

“You should know that different secretaries kind of roll different,” Pompeo told the audience at CPAC Friday. “I’m not in it for the fancy dinners in Paris or Vienna … one of my predecessors went 62 times.”

He added: “That, my friends, is a lot of cocktails.”

“He also went to Antarctica,” Pompeo continued, joking: “I don’t know who he was meeting there.”

Kerry, who was secretary of state under former President Barack Obama's second term, was the highest-ranking U.S. official ever to travel to Antarctica.

“I’d rather be with my team in tough places,” Pompeo said, noting that he’s traveled around the world and “spent significant and necessary time with evil individuals who have American blood on their hands.”

He added: “But I’ve also held and hugged children in every corner of the world. ... They know America under President Trump is a force for good.”

“It does not mean we get it right every day, but I can assure you, wherever I go, working for President Trump, people tug on my sleeve—they want to meet me, not because I’m Mike from Kansas, but because I represent the greatest nation [in the world],” he said.

Pompeo went on to tout the Trump administration’s moves in pulling out of the Iran nuclear deal and the Paris climate accord, the killings of ISIS leader Abu Bakr al-Baghdadi last year and Iran's Qassem Soleimani, and the administration’s success in bringing U.S. hostages home.

“President Trump and I set a few overarching principles about the things we need to do in the world and the things we do not,” he explained, noting the most “obvious” but most important was to “keep America safe” and to “advance American values.”

“That includes defending that first freedom—religious liberty,” Pompeo said. “We are safer than ever, our economy is more prosperous than ever and President Trump will not stop winning.”