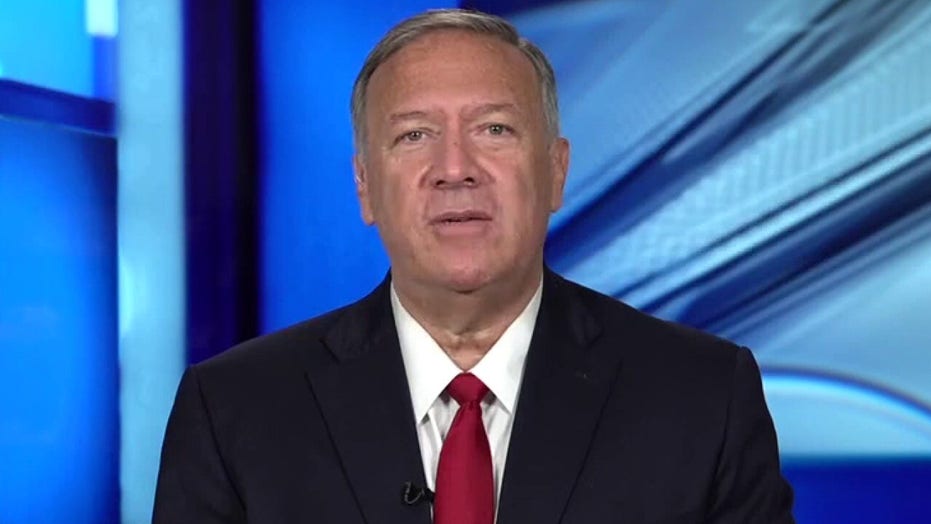 Former Secretary of State Mike Pompeo said that in just months under President Biden, "American leadership has already walked off the stage" as the world watches the Taliban seize control of Afghanistan, and suggested several ways the U.S. can regain credibility among its allies.

"It looks like we’re back to Barack Obama, America apologizing, American weakness, and our adversaries not fearing us and our friends not trusting us," the former secretary of state said.

On Friday, Biden caught heat for claiming during a White House speech that he's seen "no questioning of our credibility from our allies around the world" over his handling of Afghanistan, even though British lawmakers openly condemned Biden's handling of the collapse of Afghanistan earlier that week.

The Biden administration has been slammed as being caught flat-footed by the speed of the Taliban takeover and the ensuing chaos of the troop withdrawal, as thousands of Americans and Afghan allies are still stranded in the war-torn country.

But while Pompeo said that the "debacle" of an exit from Afghanistan has done "an enormous amount of damage to American credibility," he acknowledged that the U.S. reputation can be rebuilt.

Pompeo suggested that America can show its strength on a global level by walking away from negotiations with Iran in Vienna, delivering on defense deals with nations such as Taiwan, and working closely with Ukraine to prevent Putin from grabbing more of its territory as Russia did during Obama’s administration.

With reports swirling of the Taliban assaulting Americans trying to get to the airport for evacuations from Kabul, Pompeo said the Biden administration needs to show strength against the Taliban to ensure the safety of the American citizens.