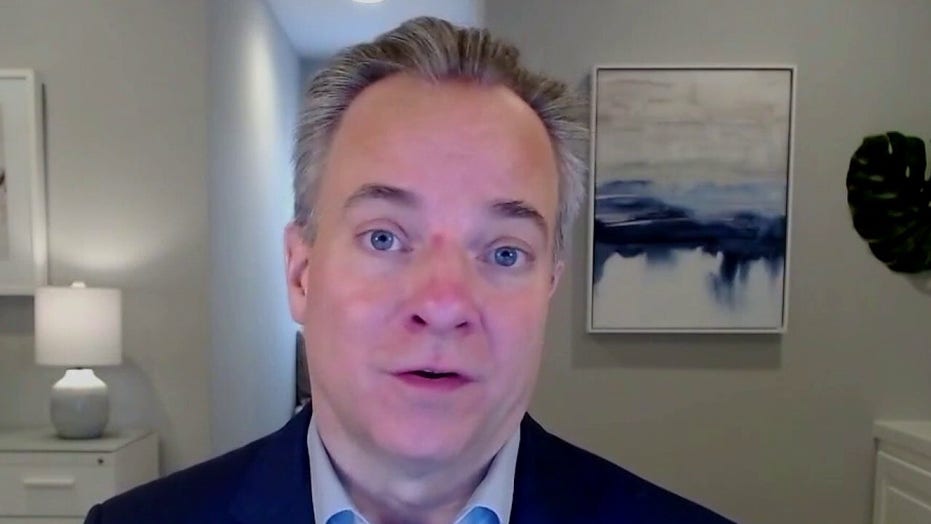 How will CDC prioritize distribution of COVID-19 vaccine doses?

Sen. David Perdue, R-Ga., is lashing back after his Democratic opponent Jon Ossoff accused him of profiting off the coronavirus following a series of stock trades Perdue made earlier in the year that raised the eyebrows of investigators yet was not deemed unlawful.

In a new campaign ad obtained exclusively by Fox News and set to air Tuesday – nearly a month before the critical runoff race in Georgia – Perdue's camp says Ossoff "believes if you repeat a lie enough, people might believe it," and categorically denies the stock trade attacks as "totally false."

On Monday, Ossoff held a press conference to blast Perdue for what he called "a pattern of misconduct and self-dealing" by his opponent, despite Perdue being cleared of wrongdoing by investigators earlier this summer.

The Department of Justice began investigating Perdue's impeccably timed sale of  $1 million to $5 million in stock from the Atlanta-based financial technology company, Cardlytics – for which Perdue was formerly a board member – in the spring.

Perdue sold the stock at $86 a share before it plunged in late January, right as the coronavirus pandemic began to take hold across the world, according to congressional disclosures.

The DOJ probed whether an email to Perdue from the chief executive of Cardlytics, Scott Grimes, just days before the sale with a vague message warning of "upcoming changes" in the company were indicative of insider trading, but ultimately concluded that the email contained no meaningful nonpublic information and declined to pursue charges, closing the case this summer, according to reporting by the New York Times.

Ossoff has seized on the issue to pit Perdue against constituents who were struggling under the financial and health perils posed by COVID-19 and paint the incumbent senator as a "crook" who continues "obstructing" financial relief to constituents throughout the pandemic despite Ossoff himself disagreeing with several portions of the CARES Act.

"Jon Ossoff just can't stop lying. After even The New York Times re-reported the exonerating facts that the bipartisan Senate Ethics Committee, the DOJ and the SEC each cleared David Perdue of any and all wrongdoing, Ossoff is still twisting the truth to further deceive Georgia voters," Perdue campaign communications director John Burke said in a statement to Fox News on Monday.

"If, in fact, Ossoff has any interest in rooting out corruption, he ought to start by sharing with the public the details of his shady business dealings and financial ties to Al-Jazeera, and the Chinese communist government. David Perdue has always been forthright and transparent – why won't Jon Ossoff do the same?" Burke said.

Ossoff has said he would introduce legislation to ban members of Congress from trading individual stocks, which he said is an "unethical" practice, but which is not technically illegal in the Senate.

Following scrutiny over a number of stock transactions, Perdue restructured his finances this year so that he no longer trades individual stocks.

Nevertheless, Ossoff and his campaign have attacked Perdue over the stock buys, saying that it represents a conflict of interest.

The race between Perdue and Ossoff is one of two closely watched Georgia races on Jan. 5 that will determine the balance of power in the Senate.

If both Democratic candidates win, it will split the chamber evenly, with 50 Democrats and 50 Republicans, with Democratic Vice President-elect Kamala Harris as the tiebreaker in party-line votes.