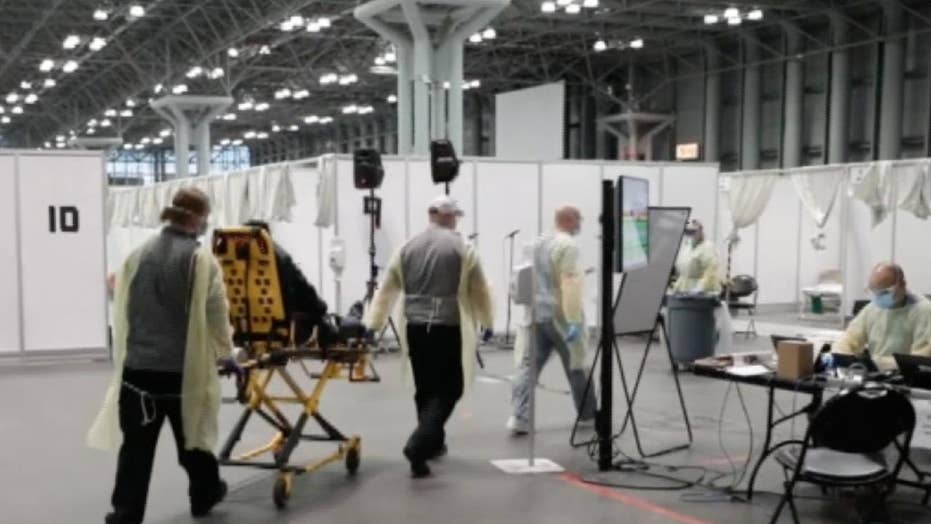 US Northern Command to deploy more than 1,000 military medical providers to NYC area in next 3 days

To fight the coronavirus pandemic in New York City, the U.S. epicenter of the pandemic, 1,500 American military medical personnel will now be going to the city by Wednesday, the Pentagon announced.

Of those, more than 350 are going to 11 city hospitals to help supplement overwhelmed medical staff.

The number of military medical personnel is 500 more than President Trump announced Saturday, according to chief Pentagon spokesman Jonathan Hoffman.

Hoffman said about half of the 1,500 military medical personnel are already on the ground now in New York City.

The Pentagon also said Monday that the hospital ship USS Comfort, which has taken on just a handful of patients since it arrived in New York City, will stop excluding patients who have the coronavirus.

The ship has beds for up to 1,000 patients, but so far has treated just 41 people, officials said, in part because of strict screening rules. The floating hospital was brought to New York with the intent that it relieve pressure on city hospitals by treating people who had health problems, but were COVID-19 free.

Hoffman said the preference still is to have virus patients go to a temporary hospital set up in the nearby Jacob K. Javits Convention Center. But emergency patients will now be seen on the ship, whether or not they have the virus.

Officials said the Comfort has the capacity to isolate only a “small number” of patients with the virus.

The situation remains grim, with close to 17,000 people hospitalized, but there are signs the surge might finally be slowing.

While the death toll grows, the daily increases are leveling off. The daily number of new hospitalizations has dropped. Recent data suggests the state could be at or near the peak, meaning fewer hospital beds would be needed in the coming weeks than the most dire projections had indicated, according to state officials.