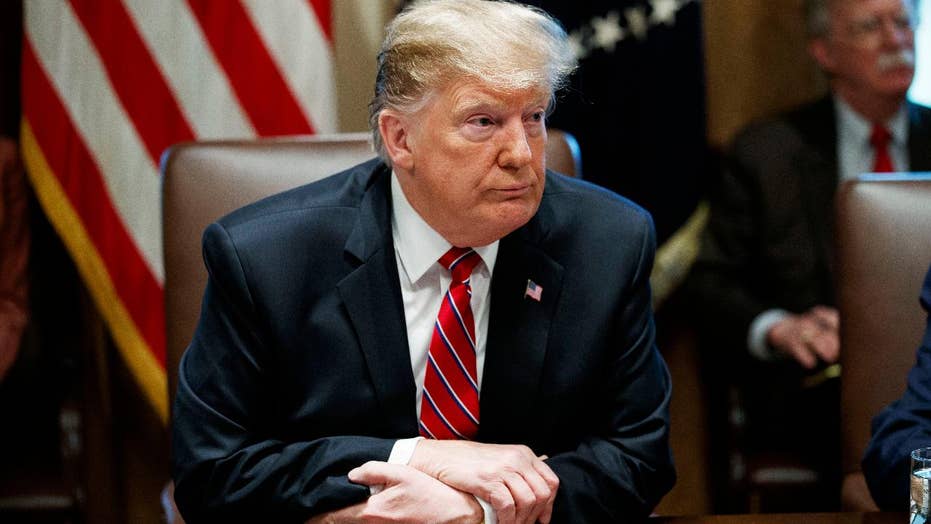 Defense Secretary Mark Esper announced the deployment to Saudi Arabia and the United Arab Emirates would be “defensive” in nature. He did not offer specific numbers or say precisely when they'd go, but he did say the deployment would consist of air and missile defense units.

When asked how many troops were going overseas, Joint Chiefs of Staff Chairman Gen. Joseph Dunford said “not thousands,” and added there had been “no decision on specific units.”

Esper said the deployment was a first step toward addressing Iran's increasingly violent acts in the region -- including last weeks' drone attack on Saudi Arabian oil facilities -- and he called on other nations to step up and condemn the attacks.

“It is clear […] that the weapons used were Iranian-produced and were not launched from Yemen,” Esper said Friday. He and Dunford gave an unscheduled press conference after meeting with President Trump earlier in the day.

All signs indicate “Iran was responsible for the attack,” Esper said.

“The U.S. does not seek conflict with Iran,” he noted. “That said, we have many other military options available if necessary.”

Officials said the U.S. urges Iran to immediately cease its aggressive and destabilizing activities in the region and noted Saudi Arabia has “full U.S. commitment” to help defend Saudi Arabia and its oil infrastructure, they noted.

Defense officials told Fox News on Thursday that the Trump administration was weighing the option to send more troops to the Middle East.

“We have a robust presence in the Gulf already,” Esper said. “We feel quite confident in terms of our own defense posture and the ability to do anything else as necessary.”

There are currently 70,000 service members stationed in the region.

Iranian Foreign Minister Mohammad Javad Zarif warned on Thursday that there could be an "all-out war” that would cause “a lot of casualties” if Tehran is attacked in retaliation for the bombings of Saudi Arabia’s oil facilities.

"I am making a very serious statement that we don't want to engage in a military confrontation," Zarif told CNN. "But we won't blink to defend our territory."

Secretary of State Mike Pompeo had tweeted a day before that the “Iranian regime's threatening behavior will not be tolerated,” calling the bombings an “act of war.”

Trump said earlier this week it was “looking like” Iran was responsible for the attack but stopped short of directly accusing Tehran.

The Saudis on Wednesday displayed what they said were Iranian weapons collected after the attack and showed video footage of what was said to be a drone coming in from the north. However, Yemen – where the Houthi rebels are located – is south of the kingdom.

A Saudi military official said 18 drones and seven cruise missiles were launched, with three missiles failing to hit their targets. The missiles were said to have a range of 435 miles, which weapons experts told The Associated Press indicated they could not have been fired from Yemen.