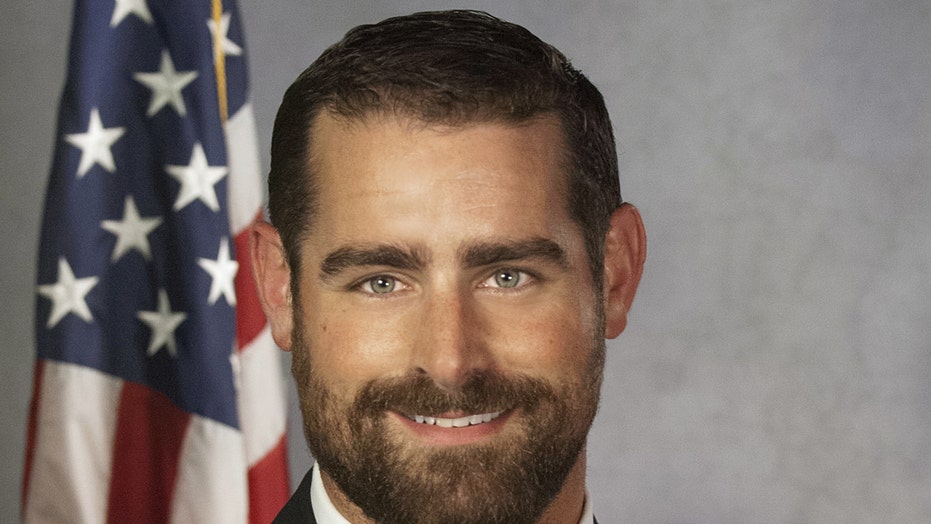 Pennsylvania Democrat State Rep. Brian Sims tore into his GOP colleagues after learning that the Republican speaker of the House informed his party but not Democrats that a member of his caucus tested positive for coronavirus.

“Every single day of this crisis this State Government Committee in Pennsylvania has met so that their members could line up one after one after one and explain that it was safe to go back to work,” Sims said on Facebook Live Wednesday night. “During that time period, they were testing positive. They were notifying one another. And they didn’t notify us.”

GOP state Rep. Andrew Lewis issued a statement making it known that he was the lawmaker who had tested positive, but only told the “handful” of people he had come in contact with to protect his privacy.

“I immediately began self-isolation protocol and contacted the House of Representatives, and our caucus Human Resources department. My last day in the Capitol was Thursday, May 14,” Lewis said in a statement.

“We worked together and followed the Centers for Disease Control and Prevention’s workplace exposure guidelines to determine exactly who I may have been in contact with, and who I may have possibly exposed to the virus. I can confirm every member or staff member who met the criteria for exposure was immediately contacted and required to self-isolate for 14 days from their date of possible exposure.”

Pennsylvania Democrat State Rep. Brian Sims tore into his GOP colleagues after learning that the Republican speaker of the House informed his party but not Democrats that a member of his caucus tested positive for coronavirus.

But according to Sims, the Republican continued to work for at least a week following his diagnosis.

“I’m right now surrounded by members that can’t go see their kids, that are having to call their husbands, having to call their wives and saying, ‘Honey, I might have exposed you and everybody I love in the world because one of my colleagues tested positive, but he was protecting his family but not protecting mine, and Republican leadership protected him,'” Sims raged, pounding his desk.

“F--k, I’ve spent so much of my time here trying to see beyond the blind, disgusting partisanship, and now that partisanship has grown deadly,” he added.

Sims called for a “full-blown investigation” by the attorney general and the state secretary of health to determine if it is safe for members to return to the capitol, which he demanded be “scrubbed from top to bottom.” He also called for everyone who works in the building to be tested, paid for by the Republican caucus. He called on House Speaker Mike Terzai to resign.

Lewis responded Friday by saying he was "disheartened" to see Democrats playing politics with his health. "Let me set the record straight: I would never knowingly put my colleagues or anyone else at risk. As of today, I have not stepped foot in the capitol complex since before my symptoms began two weeks ago," Lewis wrote on Facebook.

Sims also called out Republican Rep. Russ Diamond, who self-quarantined but was not tested for COVID-19 after coming into contact with Lewis.

“Russ Diamond walked around the House floor every day without a mask on,” Sims said. “Just a little bit ago I was on the House floor, and at one point only four Republican members had their masks on. Holy shit!”

Diamond responded on Twitter: “Lefties whine because I self-quarantined but didn't get tested after possible COVID "contact." Confirmed by my doc: No reason for testing, even if I could get tested without symptoms. I feel like a million bucks! Well, $500k after lefties tax me.”

Still, other Democrats joined in on the outrage. Dem. leader Frank Dermody said Republicans have “attempted to make a virtue out of” not wearing masks on the House floor, even as they knew of the diagnosis.

“While we are pleased to learn that this House member seems to have recovered, it is simply unacceptable that some House Republicans knew about this for more than a week and sat on that knowledge,” Dermody said. “This attitude shows a fundamental lack of respect for fellow lawmakers.”

Republicans have made the argument that “personal responsibility to follow CDC guidelines alone was enough to protect the public,” Rep. Dan Frankel said.

“Now, we learn that they didn’t even attempt to protect their own members or the communities that their members return to,” he said. “I am horrified to learn that members of the General Assembly failed to do the right thing, at a time when so many Pennsylvanians are doing so in much more difficult situations.”