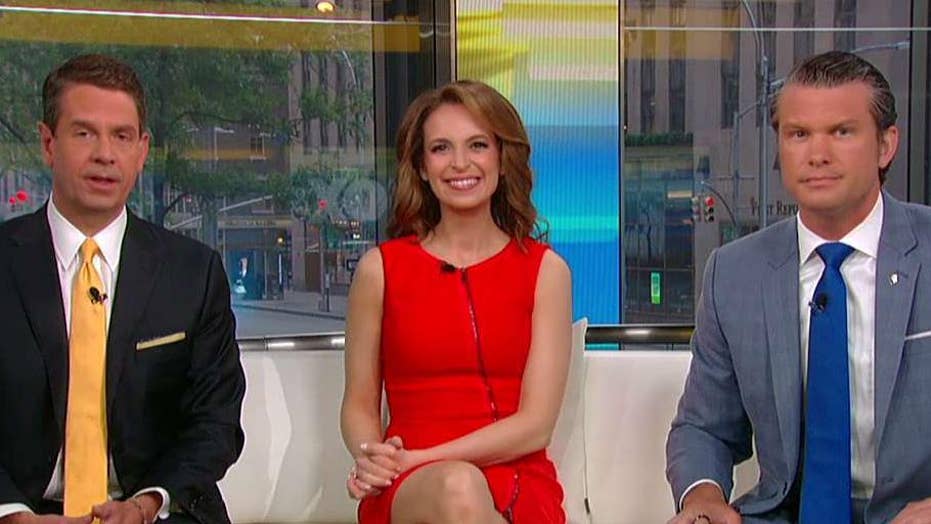 Vice President Pence told West Point’s most diverse graduating class in history that they will go to war for America at some point in their life.

“It is a virtual certainty that you will fight on a battlefield for America at some point in your life,” the vice president told the graduates. “You will lead soldiers in combat. It will happen.”

PENCE MET WITH ‘I LIKE MIKE’ STUDENTS AT TAYLOR UNIVERSITY

“And when that day comes, I know you will move to the sound of the guns and do your duty, and you will fight, and you will win,” he said. “The American people expect nothing less.“

Vice President Mike Pence salutes a graduating cadet before handing a diploma to her during graduation ceremonies at the United States Military Academy, Saturday, May 25, 2019, in West Point, N.Y. (AP Photo/Julius Constantine Motal)

The graduating class, their families and other attendees also heard Pence say, "as you accept the mantle of leadership I promise you, your commander in chief will always have your back. President Donald Trump is the best friend the men and women of our armed forces will ever have."

During his remarks, Pence noted that Trump has proposed a $750 billion defense budget for 2020 and said the United States "is once again embracing our role as the leader of the free world."

The 2019 cadets included 223 women, 34 of whom are black. Both totals are all-time highs since the first female cadets graduated in 1980. The academy graduated its 5,000th woman Saturday.

West Point held other events leading up to the commencement, including a wreath-laying on Tuesday featuring the academy’s oldest living graduate, retired Col. Doniphan Carter, class of 1944 and a graduation parade on Friday, the Westchester Journal News reported.