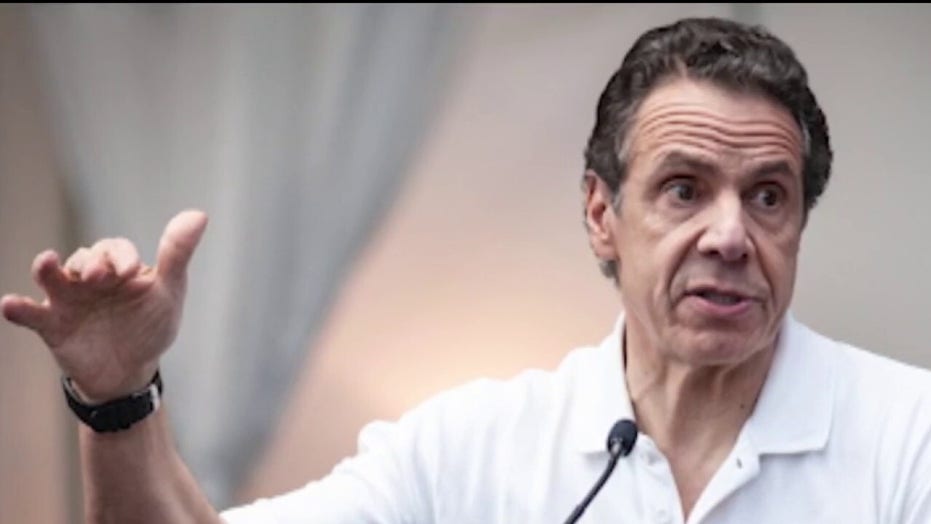 The emerging central concern in implementing the administration's guidelines is the diagnostic testing and contact tracing necessary to identify any rebound in coronavirus; chief White House correspondent John Roberts reports.

The Trump administration sought Friday to alleviate fears about the availability of mass testing for the coronavirus, with Vice President Mike Pence telling reporters that states "have enough tests to implement the criteria of phase 1" of the White House plan to reopen the economy "if they choose to do so."

A slide in the White House briefing room touted that the U.S. had completed more than 3,780,000 tests as of Thursday.

Many governors have expressed caution about lifting stay-at-home orders, saying they need more help from the federal government to make tests available. Meanwhile, protesters in several states have demanded the reopening of schools, businesses, and commerce.

But President Trump said governors must take responsibility and lamented "false reporting" on testing, saying, "Everything is perfect."

Sen. Chuck Schumer, D-N.Y., who is calling for at least $30 billion in new money for testing, tweeted during the briefing: "President Trump needs to get testing under control NOW."

Earlier Friday, Trump tweeted in support of the growing wave of rallies demanding that state governments lift their orders closing businesses and public places as soon as possible, even as officials urge caution to prevent a resurgence of coronavirus.

Trump said that officials should "LIBERATE" the states of Michigan, Minnesota and Virginia. All three states have Democratic governors.

When Trump was asked whether his show of support for the largely pro-Trump demonstrators means he wants stay-at-home orders lifted in those states, the president said “no.”

“I think elements of what they’ve done are too much and it's just too much,” Trump said. He didn’t name specifics about his gripes with the stay-at-home orders in Michigan and Minnesota, but said he had issues with what Virginia Gov. Ralph Northam did with the "Second Amendment.”

Trump also downplayed worries that crowds of protesters –many of whom are his supporters – could be spreading the deadly virus by being in close contact.

“No,” Trump said when asked if he has public health concerns about the demonstrations. “These are people expressing their views. I see who they are … They seem to be very responsible people to me, but it's clear they've been treated a little bit rough.”

TRUMP UNVEILS CORONAVIRUS GUIDELINES FOR ROLLING BACK SOCIAL DISTANCING IN PHASES: ‘NEXT FRONT IN OUR WAR’

Trump unveiled the White House plan Thursday for eventually rolling back social distancing measures and reopening the country’s economy in three phases based on the severity of the coronavirus outbreak in each individual state or region.

“Phase One” is for areas of the country who solely satisfy the criteria laid out by the White House and calls for social distancing to remain in place, avoiding gathering of more than 10 people, and avoiding any unnecessary travel.

“Phase Two,” which is for regions that have met the criteria twice and have not seen “a rebound” in infections, still calls for residents to practice social distancing and try to avoid large gathering but opens up the possibility of resuming non-essential travel.

The third phase, which is for areas who have met the criteria three times and have no rebounds in cases, allows vulnerable parts of the population to go back in public, opening back up gyms and bars, resuming full-time staffing at worksites and letting people head back to large venues like restaurants, movie theaters, churches and sports venues – albeit at a reduced capacity.

Trump also said Friday the projected U.S. death toll from the coronavirus is expected to be sustainably lower than the initial grim projections and credited Americans' diligence for seeing the "light at the end of the tunnel" of the pandemic.

FREEDOM CAUCUS CALLS ON TRUMP TO REOPEN ECONOMY: 'WE ARE A FREE PEOPLE'

Trump said the total deaths from COVID-19 is heading to "around 60, maybe 65,000" across the country and marveled at the decline since earlier projections said America could be heading to between 100,000 and 240,000 coronavirus deaths.

"We did a lot of work. The people of this country were incredible," Trump said, a day after the White House released a gradual plan to reopen the economy after weeks of stay-at-home orders.

WHICH US STATES ARE READY FOR PHASE 1 OF REOPENING AFTER CORONAVIRUS LOCKDOWN?

The University of Washington's Institute for Health Metrics and Evaluation's revised model predicted that the coronavirus pandemic would cause the deaths of 60,308 Americans by Aug. 4.

"One is too many, " Trump said of the deaths. "... But every day we're getting closer to the future that we all have been waiting for."

"I talk about the light at the end of the tunnel," Trump continued. "We are getting very, very close to seeing that light shine very brightly at the end of that tunnel."