EXCLUSIVE: When the last space shuttle launched in 2011, few people at NASA believed it would be nearly a decade before American astronauts would launch into space again from U.S. soil. Even fewer people would have guessed that next launch would take place in the middle of a pandemic on Earth. Yet, Vice President Mike Pence believes the timing may actually be perfect.

"When that rocket goes off next week, it'll remind the American people that even in the midst of the most challenging times, America still moves forward," the vice president told Fox News during an interview at NASA's Headquarters. "America continues to lead with courage and with bravery. Just like every American family has done, the NASA family did that throughout the coronavirus pandemic. They stayed on mission."

The Demo-2 mission is scheduled to begin May 27 at the Kennedy Space Center, where NASA Astronauts Doug Hurley and Bob Behnken will launch on SpaceX's Falcon 9 rocket and Crew Dragon capsule to the International Space Station. It will be the first time that NASA astronauts will be flying a spacecraft that's owned and operated by a private company. It will also be only the fifth time in U.S. history that NASA astronauts will fly a new spacecraft for the first time.

"We think about Mercury, Gemini, Apollo and then the space shuttle: Those are the only four times in history where we have put humans on brand new spacecraft," said NASA Administrator Jim Bridenstine during a preflight news conference.

The launch will also signify one giant leap towards the Trump administration's goal of securing American dominance in space.

"To think for the last 10 years we've had to hitch a ride on Russian rockets to get to the International Space Station, I think every American knew it was just wrong," said Pence. 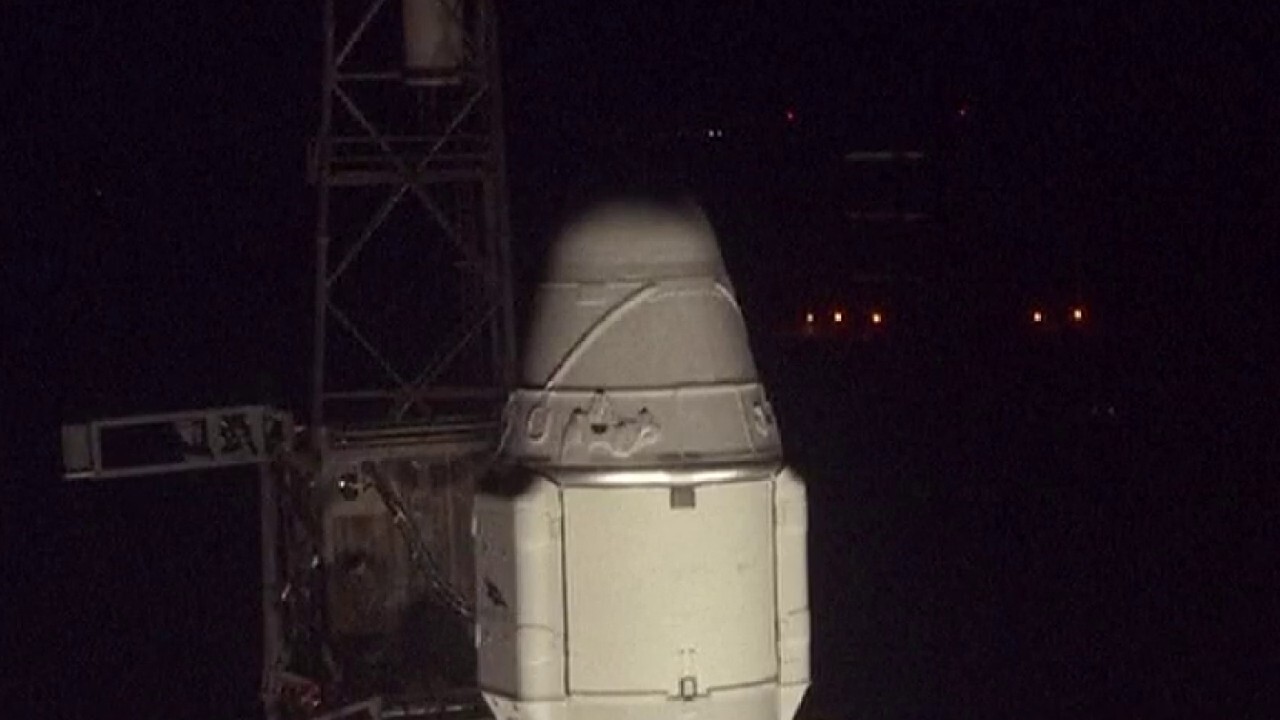 Yet, just last week, NASA agreed to pay the Russian space agency Roscosmos more than $90 million for one final seat on a Soyuz rocket. The vice president says he understands the need to have contingencies in place in case the Demo-2 mission is delayed, but that he will still be questioning NASA's leadership about why such an expensive backup plan is necessary.

In recent years, countries like Russia and China have become increasingly aggressive actors in outer space, and the COVID-19 pandemic has only exacerbated tensions on Earth. It's part of the reason Trump established the Space Force and NASA's new Artemis program.

"Not only are we returning to space from American soil, but we're really beginning a new era of American leadership in human space exploration that will carry the next man and the first woman to the moon by 2024, and it'll put American astronauts on Mars," Pence said.

The pandemic has forced NASA to pause work on critical components of the Artemis program, and the launch of Artemis-1 has recently been delayed until late 2021. At a meeting last week of the NASA Advisory Council's Human Exploration and Operations Committee, several members were skeptical about NASA's ability to meet the timeline.

Tommy Holloway, a former NASA space shuttle program manager, called the goal "a pipe dream," and Jim Voss, a former NASA Astronaut said, “I don’t think they have any chance of making 2024."

The vice president says that kind of criticism, "sounds a lot like the way they talked about Apollo. We had another president, who said that he was going to send a man to the moon before the end of the decade and return safely to the earth, and an awful lot of people said it couldn't be done."

The Apollo missions drew massive crowds, and hundreds of thousands of people converged on the Kennedy Space Center to watch the final space shuttle launch. This time, due to social distancing restrictions, NASA is advising everyone to watch the Demo-2 launch from home. But Brevard County Sheriff Wayne Ivey says the Space Coast is open for business and he's encouraging people to come watch the launch in person.

"Now might not be the time to travel to Florida to see a launch," Pence said. "But I expect residents in the area will know how to social distance and practice in a responsible way. But to see a rocket go into the air, to know that it is carrying American astronauts, wherever you're watching it from, it's going to be a great, great source of inspiration for every American."