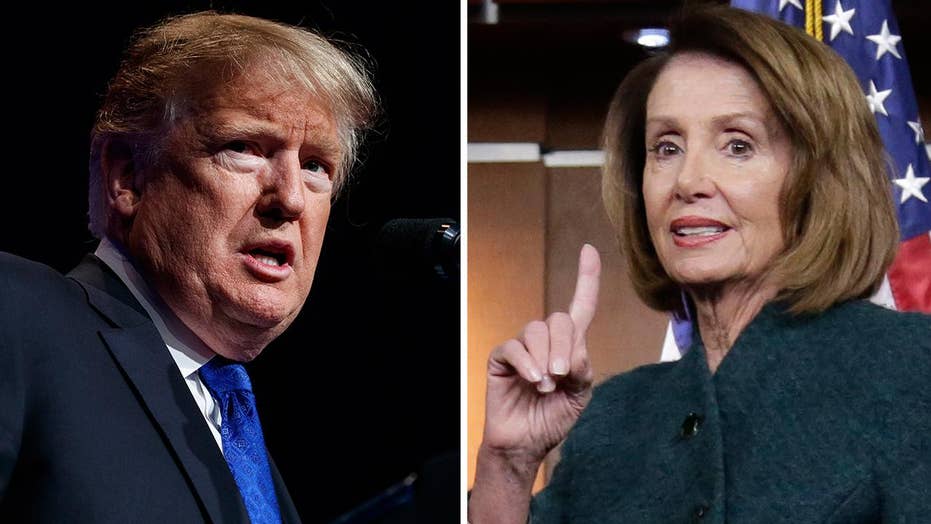 The mainstream media praised House Speaker Nancy Pelosi's 'power move' for calling on President Trump to delay his State of the Union address amid the government shutdown, but called the president 'childish' for denying her military aircraft to Afghanistan for the same reason.

House Speaker Nancy Pelosi's office accused the Trump administration on Friday of leaking plans for a congressional delegation to fly commercial to Afghanistan after they were denied military aircraft, saying the related security risks have forced them to postpone the trip -- in the latest escalation of the bitter feud over the partial government shutdown.

The White House adamantly denied the leak allegation, calling it a "flat out lie." And President Trump seemed to stand by his original decision a day earlier to revoke the military aircraft citing the need to negotiate a shutdown resolution.

“Why would Nancy Pelosi leave the Country with other Democrats on a seven day excursion when 800,000 great people are not getting paid?” Trump tweeted Friday.

The leak allegations emerged in a statement Friday morning from Pelosi spokesman Drew Hammill, who described in detail what allegedly happened after Trump's stunning decision a day earlier.

He said the delegation had planned, after being denied military transport, to fly commercially. However, Pelosi's office said that the State Department then told them Trump's announcement "significantly increased the danger to the delegation and to the troops, security, and other officials supporting the trip." Hammill said they learned Friday morning that the commercial travel plans were leaked as well.

“In light of the grave threats caused by the President’s action, the delegation has decided to postpone the trip so as not to further endanger our troops and security personnel, or the other travelers on the flights," Hammill said.

A senior White House official told Fox News that the claim it leaked the commercial flight plans was "a flat out lie."

“When the Speaker of the House and about 20 others from Capitol Hill decide to book their own commercial flights to Afghanistan, the world is going to find out. The idea we would leak anything that would put the safety and security of any American at risk is a flat out lie,” the official said.

Fox News is told that Pelosi received a message from State Department officials in Kabul that cited Afghan media reporting about the president's suggestion to fly commercially. The cable, according to sources, noted the delegation had requested authorization to purchase the tickets over unclassified systems and advised that their travel would not be a secret. Urging her to postpone, the cable also noted that because few airlines fly into Kabul, their arrival time would also be easy to predict.

One official called the claims of a leak "asinine."

A day earlier, Trump wrote to Pelosi denying military aircraft for the trip, citing the ongoing partial shutdown -- now the longest in history. The notice came after Pelosi's call to delay Trump's State of the Union over the shutdown impasse.

“Due to the Shutdown, I am sorry to inform you that your trip to Brussels, Egypt, and Afghanistan has been postponed. We will reschedule this seven-day excursion when the Shutdown is over. In light of the 800,000 great American workers not receiving pay, I am sure you would agree that postponing this public relations event is totally appropriate,” Trump wrote. “I also feel that, during this period, it would be better if you were in Washington negotiating with me and joining the Strong Border Security movement to end the Shutdown. Obviously, if you would like to make your journey by flying commercial, that would certainly be your prerogative.” 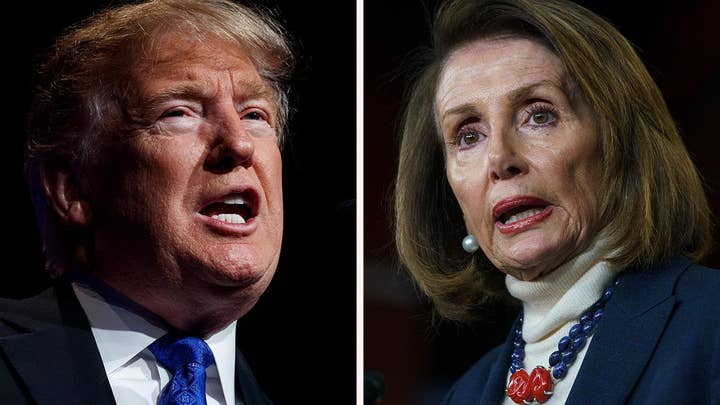 Trump made reference to the immigration debate in his tweet, “Also, could somebody please explain to Nancy & her 'big donors' in wine country that people working on farms (grapes) will have easy access in!”

This appeared to be a reference to concerns from farmers, particularly in California, that tough immigration measures would restrict the ability of seasonal workers from south of the border to come and be hired by farms.

This week, Trump addressed the American Farm Bureau Federation and got applause from farmers when he re-assured them and said he wanted to make it easier for migrants to come and work.

"It's going to be easier for them to get in," he said.