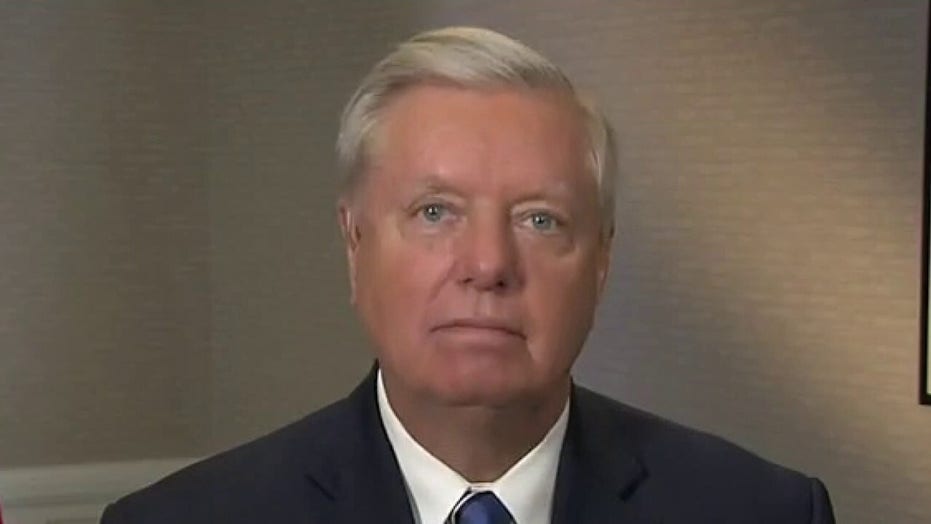 Sen. Lindsey Graham, R-S.C., says he would 'use everything lawfully in my toolbox to prevent rampant inflation.'

Democrats are pushing to include a pathway to citizenship for so-called Dreamer immigrants who were brought to the U.S. as children and are protected from deportation under the Deferred Action for Childhood Arrivals (DACA) program, as well as Temporary Protected Status (TPS) holders, essential workers and farmworkers.

The provisions would be part of a roughly $3.5 trillion bill that Democrats are still in the process of negotiating. While details of the legislation are still unclear, it's widely expected to invest billions in an array of planned health, education, environment and social programs as Democrats seek to use the procedural tool known as budget reconciliation to bypass a 60-vote filibuster by Republicans in the Senate.

Speaker of the House Nancy Pelosi, D-Calif., meets with reporters at the Capitol in Washington, Thursday, July 22, 2021. Pelosi discussed her reasons for rejecting two Republicans chosen by House GOP leader Kevin McCarthy to be on the committee investigating the Jan. 6 Capitol insurrection. (AP Photo/J. Scott Applewhite)

The measure would be paid for by higher taxes on wealthy Americans and corporations.

Pelosi's comments on Friday followed a meeting between President Biden, Vice President Harris and Democratic lawmakers this week over the next steps for providing a pathway to citizenship for millions of undocumented immigrants living in the country.

Immigration reform has become a crucial part of reconciliation talks, with several Democrats threatening to withhold support for the spending bill unless it includes citizenship provisions.

Sen. Dick Durbin, the second-ranked Democrat in the Senate, said after the Thursday meeting that Biden made it "unequivocally clear" that "he's with us" and supports including an immigration proposal in the bigger budget bill.

"It went very well," Biden said of the meeting.

Still, it's unclear whether the Senate parliamentarian, a nonpartisan referee who determines which provisions may be included in a reconciliation package, would support the inclusion of immigration reform.

Provisions are subject to the so-called "Byrd rule," which prevents "extraneous" provisions from being included in reconciliation so that only items affecting the federal budget can be included.