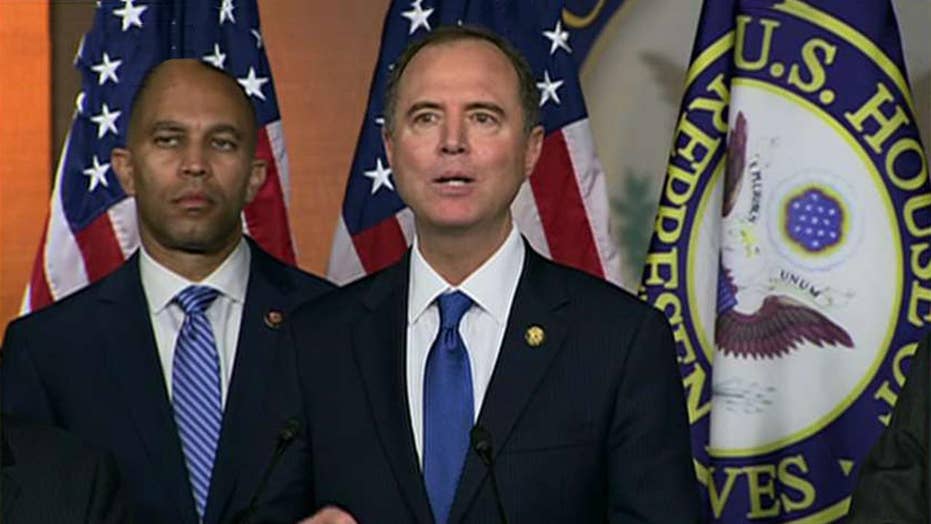 House Speaker Nancy Pelosi predicted Friday that committees leading the impeachment inquiry into President Trump will begin holding public hearings this month, as House Republicans continue to blast the entire process as a “sham” on the heels of a newly passed resolution setting the stage for proceedings to move out from behind closed doors.

The House of Representatives on Thursday passed the measure largely along party lines, setting “ground rules” for the impeachment inquiry, including for public witness testimony.

“I would assume there would be public hearings in November,” Pelosi, D-Calif., told Bloomberg News reporters and editors Friday during a roundtable, adding that any argument made to impeach Trump “has to be ironclad.”

Pelosi also told Bloomberg that closed-door depositions would continue, so long as they continue to be “productive.”

“I don’t know what the timetable will be — the truth will set us free,” Pelosi said. “We have not made any decisions on if the president will be impeached.” 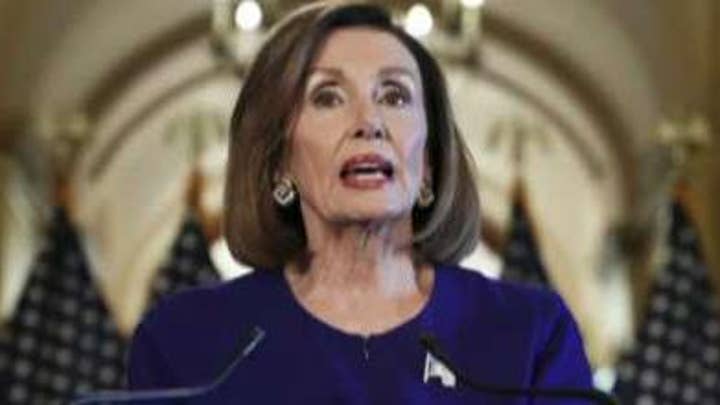 Republicans, though, criticized Pelosi for not holding a formal floor vote on the impeachment inquiry process until now, a month after announcing the probe. And they continued to complain about the rules enshrined in Thursday's resolution, suggesting they still limit their ability to subpoena witnesses. In a fierce floor debate, GOP members accused the majority of launching a de facto “coup” against the president in a “pre-ordained” bid to overturn the results of the 2016 election.

“Nothing has really changed since Pelosi launched this inquiry,” a House GOP aide told Fox News on Friday. “The American people are still left out, their representatives are still left out, House Republicans are just going to continue to point out the problems with this ridiculous impeachment.”

The aide added that Thursday’s resolution “has not changed Democrats’ behavior.”

“There are still going to be depositions that go on next week behind closed doors, with selective leaks from Democrats, just as have been occurring,” the aide said.

Republicans have slammed House Intelligence Committee Chairman Adam Schiff, D-Calif., one of the top Democratic leaders spearheading the impeachment inquiry, and accused him and his Democratic colleagues of selectively leaking opening statements and depositions. Under the new resolution, though, the committees leading the inquiry would be authorized to release testimony transcripts to the public — a rule that came in response to GOP criticisms of Democratic leaks.

Rep. Lee Zeldin, R-N.Y., another top Republican on the Foreign Affairs Committee, said: “Schiff is the prosecutor, the judge, the jury, the chief strategist for lying and leaking.”

“Republicans plan to keep hammering Schiff and this sham process which is keeping Americans in the dark,” the GOP aide said, noting that they will continue to “point out” Schiff’s “hypocrisy.”

“It would be one thing if the resolution was game-changing in how Democrats approach this and conduct themselves, because Republicans have wanted fairness and transparency,” the aide continued. “But the resolution didn’t change that.”

The resolution further directs Schiff’s committee, in consultation with the other committees, to prepare a report on its findings to the Judiciary Committee, which would write out any articles of impeachment. The resolution also allows Republican members to submit written demands for testimony and other evidence, to cross-examine witnesses and raise objections.

The GOP aide, though, was not confident that Republicans’ requests for witnesses would be met.

REPUBLICANS SLAM PELOSI OVER IMPEACHMENT REVERSAL AFTER FLOOR VOTE: 'WHAT HAS CHANGED?'

“There are definitely people Republicans have been interested in talking to as part of this inquiry, but because they have to meet the approval of Adam Schiff, this is another instance where Republicans are being blocked out of the process,” the aide said. “He’s not even letting his own witnesses – that he called in – answer Republican questions.”

It is unclear whom Republicans are interested in calling as witnesses, but they are likely to, at some point, make requests for testimony through this process.

And Democrats defended the process on the floor Thursday. "I do not take any pleasure in the need for this resolution," Rep. Jim McGovern, D-Mass., said. "We are here because the facts compel us to be here."

"Nancy Pelosi and the Democrats’ unhinged obsession with this illegitimate impeachment proceeding does not hurt President Trump; it hurts the American people," White House press secretary Stephanie Grisham said in a statement. "Speaker Pelosi and the Democrats have done nothing more than enshrine unacceptable violations of due process into House rules."