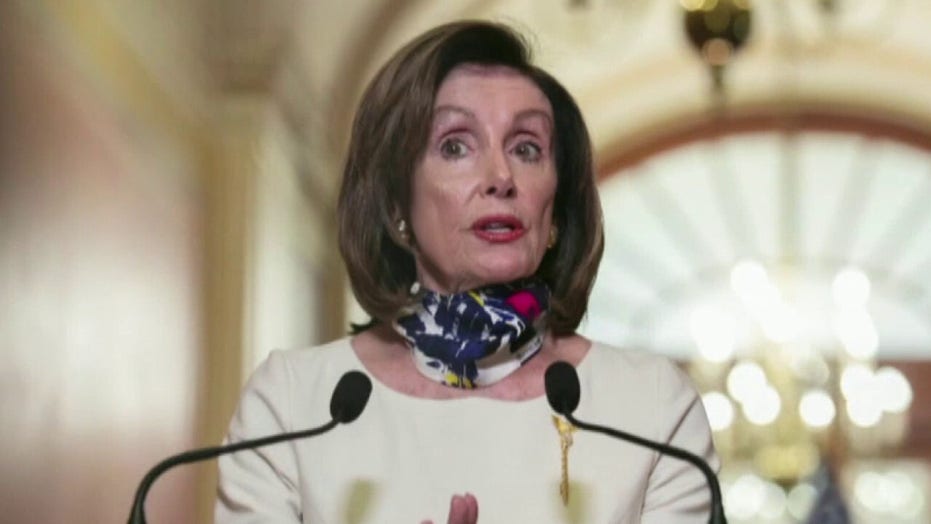 Pelosi on protesters tearing down statues: People will do what they do

House Speaker Nancy Pelosi and other Democrats have frequently accused President Trump of not taking the coronavirus pandemic seriously enough -- particularly when it first it the U.S. -- but when confronted with her own comments that appeared to take COVID-19 lightly, Pelosi insisted that she did not downplay it at all.

On CNN's "State of the Union" Sunday, host Dana Bash recalled that on Feb. 29, Pelosi said that "there are no indications of widespread infections in the United States," but the House speaker insisted that she did not underestimate the crisis.

"No, what we did was at that exact time was writing the first COVID bill, which we brought to the floor and passed on March 4, and it was about testing, testing, testing," she said. "Because if you don’t test you don’t have a handle on what the problem is."

When asked whether she had any regrets over her initial response to COVID-19, Pelosi firmly said she had none, then took the opportunity to accuse Trump of giving the wrong messages.

"No, not at all. We had had four bills, all bipartisan, but they have not been implemented by the administration," she said. "And no, we said testing from March 4. We were writing the bill to find out what the threat was to us while the president was saying delay, denial, calling it a hoax, and causing deaths.”

Trump has criticized Pelosi as well, noting that in late February she encouraged people to go out in public in San Francisco's Chinatown.

“It’s exciting to be here, especially at this time, to be able to be unified with our community,” Pelosi told reporters. “We want to be vigilant about what is out there in other places. We want to be careful about how we deal with it, but we do want to say to people ‘Come to Chinatown, here we are — we're, again, careful, safe — and come join us.'”

That happened the same day that the White House submitted a request to Congress for $2.5 billion in supplemental spending to help combat the coronavirus.