Newsom’s defense on recall effort is a ‘big lie’: Terrell

"I think it’s an unnecessary notion. I don’t even think it rises to the level of an idea," Pelosi said Thursday during a news conference with reporters.

Pelosi suggested the recall effort is being funded by backers of former President Donald Trump and said Democrats should all help Newsom stay in office.

"I think that the governor will defeat this quite successfully, and we’ll all help him do that," Pelosi, D-Calif., added.

Backers of Newsom's recall effort needed 1.5 million valid signatures from California residents by March 17 to trigger a special election later this year. Organizers of the effort say they turned in 2.1 million signatures by the deadline. Election officials have until April 29 to validate the signatures for a final tally, but the governor has acknowledged the effort was likely successful to force an election.

During a recall election, voters will be asked two questions: Should Newsom be recalled, and who should replace Newsom if he is removed?

So the question for Democrats is should they run a fallback candidate on the ballot if voters, indeed, want Newsom out. Tom Steyer, a billionaire who ran for president in 2020, is conducting polling as a precursor to possibly entering the race as a backup candidate, Politico reported Tuesday, citing information from three sources.

Democrats were initially united in not running an alternative candidate to Davis, but Lt. Gov. Cruz Bustamante changed his mind and got into the race -- sending a muddled message to Democratic voters, the Los Angeles Times reported.

This time around, Pelosi expressed confidence Democrats will succeed.

"The governor will defeat this initiative, he will continue to be governor and he'll go on to another victory in the election," Pelosi added. 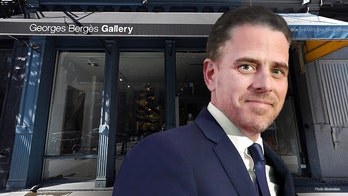 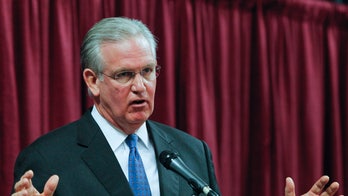