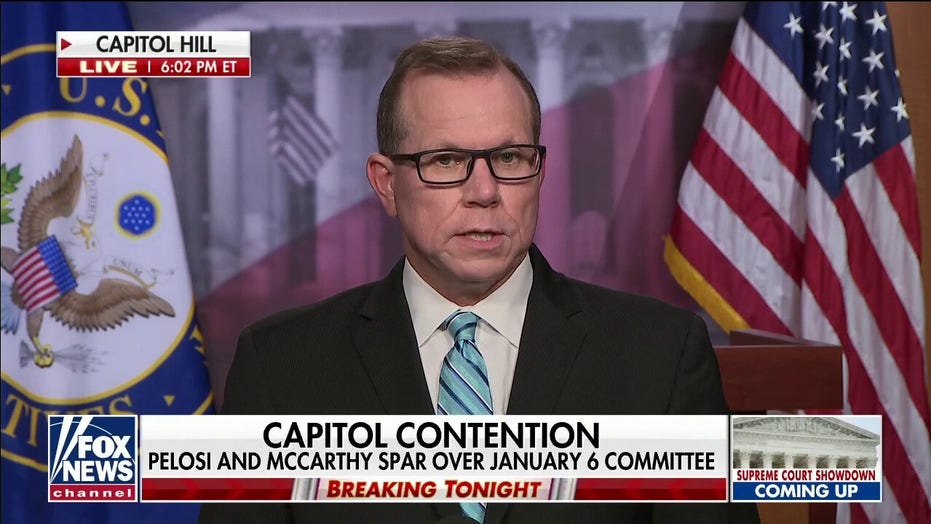 House Speaker Nancy Pelosi, D-Calif., Thursday said the Jan. 6 committee will continue to seek the truth about the cause of the deadly Capitol attack despite GOP Leader Kevin McCarthy pulling all his Republican members from serving on the panel.

"It's my responsibility as Speaker of the House to make sure we get to the truth on this, and we will not let their antics stand in the way of that," Pelosi said Thursday during a news conference at the Capitol.

But Pelosi stood by her decision to reject Jordan and Banks, saying they "made statements and took actions that just made it ridiculous to put them on such a committee seeking the truth." 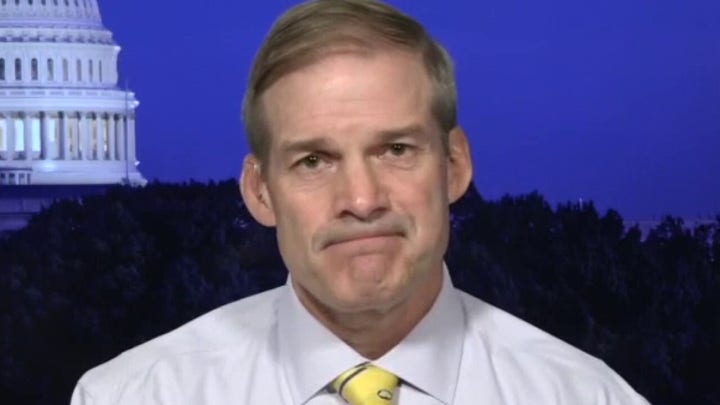 Both Jordan and Banks are allies to former President Donald Trump. Jordan, the top Republican on the Judiciary Committee, called the Jan. 6 committee "Impeachment Round 3." Banks, the head of the influential Republican Study Committee and a naval officer who served in Afghanistan, accused Pelosi of creating the committee "solely to malign conservatives."

Pelosi took special issue with Banks' statement that the committee should be looking into the response from the "Biden administration," with the speaker noting that Biden wasn't even in power until two weeks later.

Pelosi pointed out that even without McCarthy's five GOP members, the committee will still be bipartisan since she picked Rep. Liz Cheney, R-Wyo., to serve alongside her seven Democratic appointments. Cheney backed Pelosi's decision to oust Jordan and Banks.

Pelosi contended the committee's work will be "non-partisan." She said the less partisan the investigation is, the more the outcome will be accepted by the American people.

"We're there to get the truth, not to get Trump," Pelosi said in dismissing GOP claims that the panel is political and designed to attack Trump, who continues to claim, without evidence, he was the real winner of the 2020 election.

McCarthy, however, cast doubt on whether Americans will get an honest account of the Jan. 6 attack from the panel and suggested Thursday the Pelosi-backed members are cooking up a "pre-determined or already written report."

The first committee hearing is scheduled to proceed on Tuesday with members of the D.C. and Capitol police force testifying about their harrowing experiences defending the Capitol that day from a mob of people trying to shut down Congress's certification of President Biden's electoral win.

About 140 officers were injured in the attack. Two police officers died by suicide in the days that followed, and a third, Capitol Police Officer Brian Sicknick, collapsed and later died after engaging with the protesters. A medical examiner later found he died of natural causes.

Four Trump supporters died that day, including Ashli Babbitt, an Air Force veteran, who was shot by police as she tried to enter into the speaker's lobby of the House of Representatives, as well as Kevin Greeson, Rosanne Boyland and Benjamin Philips, who died of medical emergencies.