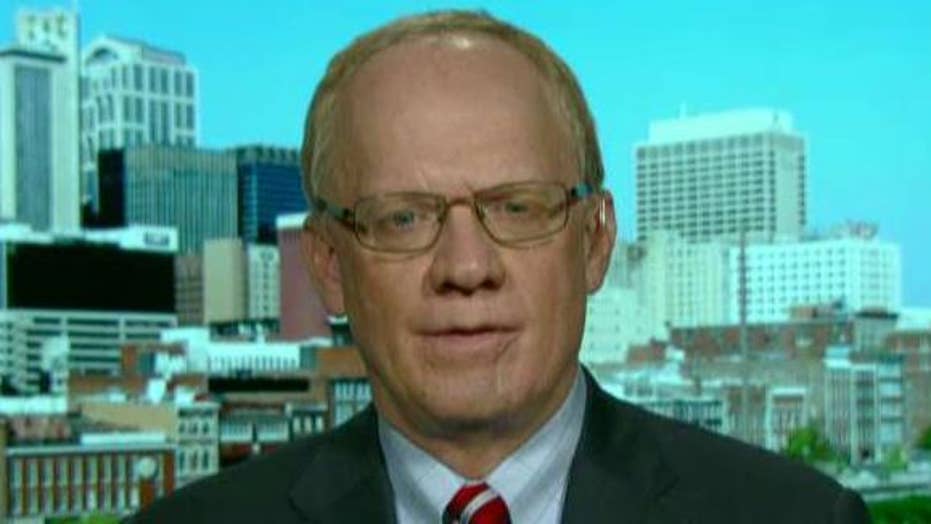 Rep. John Rose says Democrats have played 'political games' with the crisis on our southern border

"I think we haven't addressed it. Under Speaker Pelosi's leadership, the Congress has refused to take up its responsibility and provide the needed funding and the needed reforms to deal with this really an invasion at our southern border," he said while appearing on "America's News HQ."

His comments came as the U.S. and Mexico reached a deal after President Trump threatened to impose tariffs if the southern neighbor didn't help more with the border crisis.

Rose said that the deal was a success for Trump and showed that he was willing to improve the border situation as Democrats played "political games" with the issue.

Rose also accused Democrats of spending too much time on the Russia investigation, saying they tried to "relitigate the 2016 presidential election."

"I think we need to quit spending time in the U.S. Congress trying to relitigate the 2016 presidential election," he said. "Donald Trump was elected and quit talking about investigations and reinvestigating issues that have already seen years of investigation and we need to turn to the business that the American people sent us to Washington to address."

On Thursday, House Democrats unveiled a resolution that would give congressional investigators greater authority and hold both Attorney General William Barr and former White House counsel Don McGahn in contempt after they reufsed to comply with subpoenas.

In the face of Trump's claim that the investigation should be over, Democrats planned to hold additional hearings as some in the party pushed for impeachment proceedings.