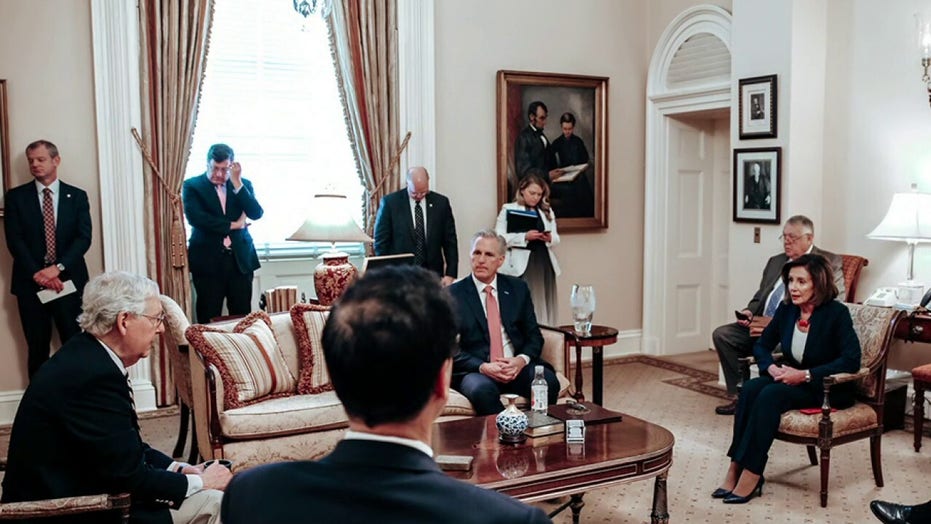 Lawmakers to vote on over $1 trillion coronavirus stimulus package

House Speaker Nancy Pelosi returned from the House's weeklong recess Sunday to announce that Democrats would be "introducing our own bill" to address the ongoing economic collapse amid the coronavirus -- frustrating Senate Republicans who have worked through their planned recess this week to craft emergency legislation.

Pelosi reportedly was seeking a "laundry list" of items to be included in the emergency legislation, including wiping out up to $10,000 in student loan debt per person and securing election-security funding.

"It's on the Senate side now because that's their deadline for a vote, but we'll be introducing our own bill and hopefully it'll be compatible with what they discussed on the Senate," Pelosi told reporters early in the day.

In a letter to fellow House Democrats issued Sunday afternoon, as Senate Republicans delayed a procedural vote on a stimulus bill, Pelosi remarked that Democrats had been making progress during their "district work period," or time at home. Many Republicans have said Democrats wouldn't help them meet the 60-vote threshold needed for cloture.

"There is at this time a big difference between the Take Responsibility for Workers and Families Act and what the Senate Republicans are proposing," Pelosi said. "As the Senate continues to talk, we must continue to act For The People." 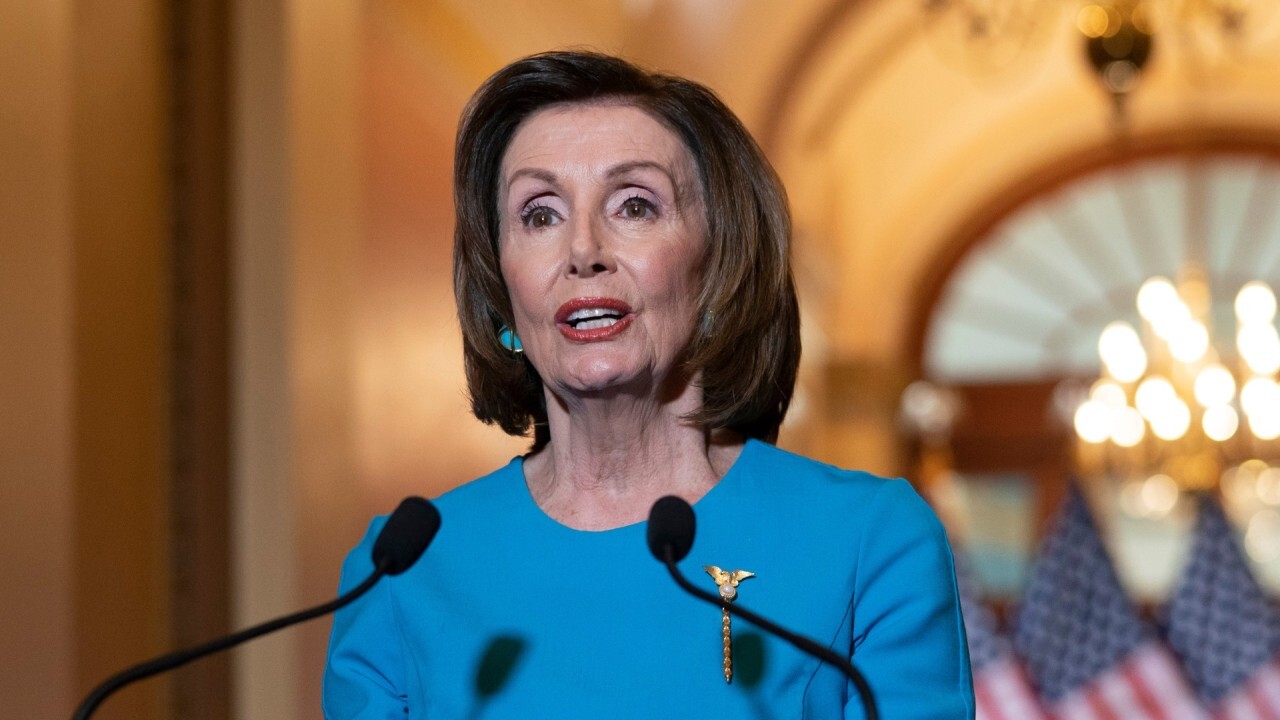 "The Senate canceled recess to work at breakneck speed because people need help now. Pelosi waltzes in after the House has been on a week long vacation and says they’re going to do their own thing and the Senate’s Monday urgency is arbitrary. Just wild," he tweeted.

Later, Whitlock took aim at Pelosi's letter, calling it disingenuous: "Pelosi's mention of 'their work during the district work period' (AKA recess) is a pretty obvious attempt to draw attention away from the fact that the House was on vacation while the Senate hammered out a bipartisan Coronavirus response bill that she is now trying to tank."

"Can’t get over this," Whitlock wrote later. "Members of the House and Senate have the virus. Numbers of cases are spiking around the country, and the economy is on the edge of ruin. And Pelosi comes back after a week long vacation saying the House is just doing their own thing. Outrageous."

"Talking to some Senate GOP sources. They seem stunned and angry. I’m told there was lots of bipartisan input into the legislative outline & emerging specifics — including an agreement in principle on broad strokes. Then Pelosi showed up and threw a partisan grenade," TownHall.com political editor and Fox News contributor Guy Benson tweeted.

Top-level negotiations between Congress and the White House teetered Sunday on a nearly $1.4 trillion economic rescue package, as the coronavirus crisis deepened and President Trump called for a deal to steady the hard-hit nation.

"Coronavirus has now arrived here in the Senate," McConnell said on the Senate floor Sunday evening. "There are at least five senators in self-quarantine."

McConnell said the planned proceudral vote was an important step. "We need to signal to the public that we’re ready to get this job done," he said. "And the way to do that is to vote aye in five minutes on cloture on the motion to proceed." 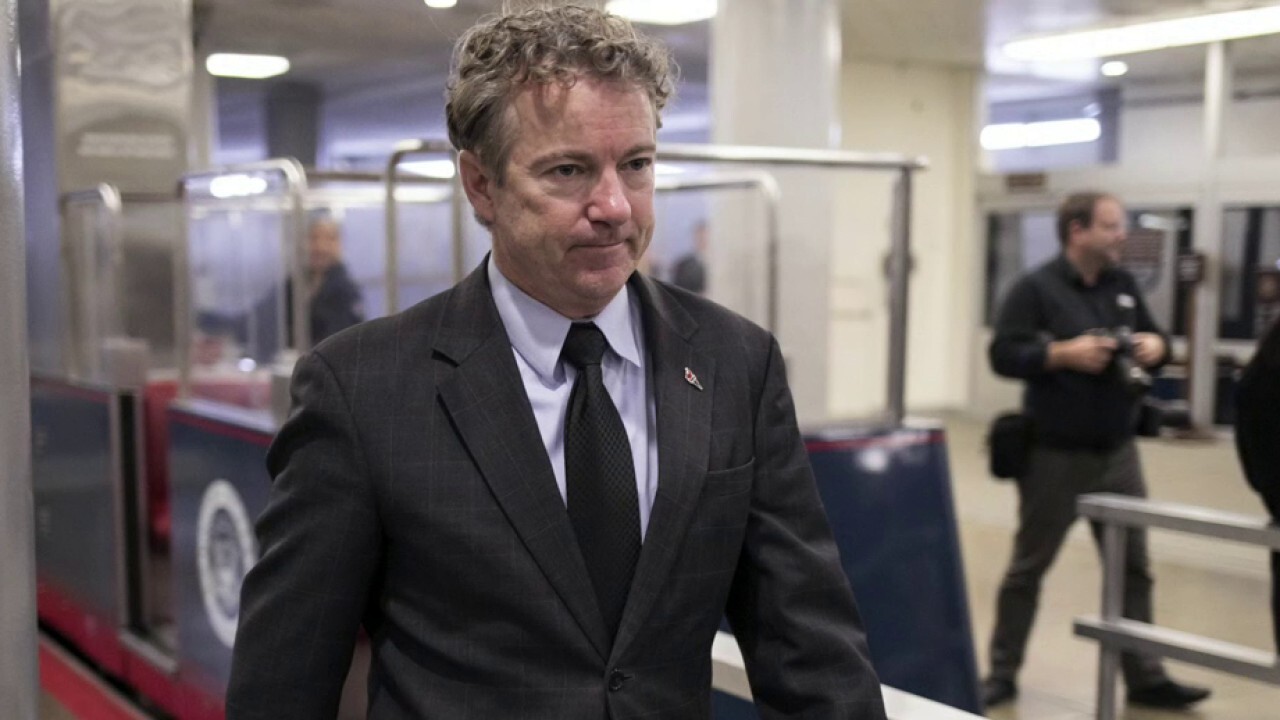 But, Democrats have said the package did not go far enough to provide health care and unemployment aid for Americans, and catered too much to big business.

Democrats ultimately shot down the bill by rejecting the procedural vote, angering Republicans who say they're playing politics to secure funding for unrelated measures during a national crisis.

The urgency to act has been mounting, as jobless claims have risen, businesses have shuttered and the financial markets are set to re-open Monday eager for signs that Washington could soften the blow of the health-care crisis and what experts have warned could be a looming recession.

At issue: how best to keep paychecks flowing for millions of workers abruptly sidelined by the crisis. Talks also narrowed on plans to aid hospitals and provide loans to airlines and other industries all but grounded by the national shutdown. Gov. Gretchen Whitmer of Michigan, a Democrat, said Sunday the auto industry also likely would need government assistance. 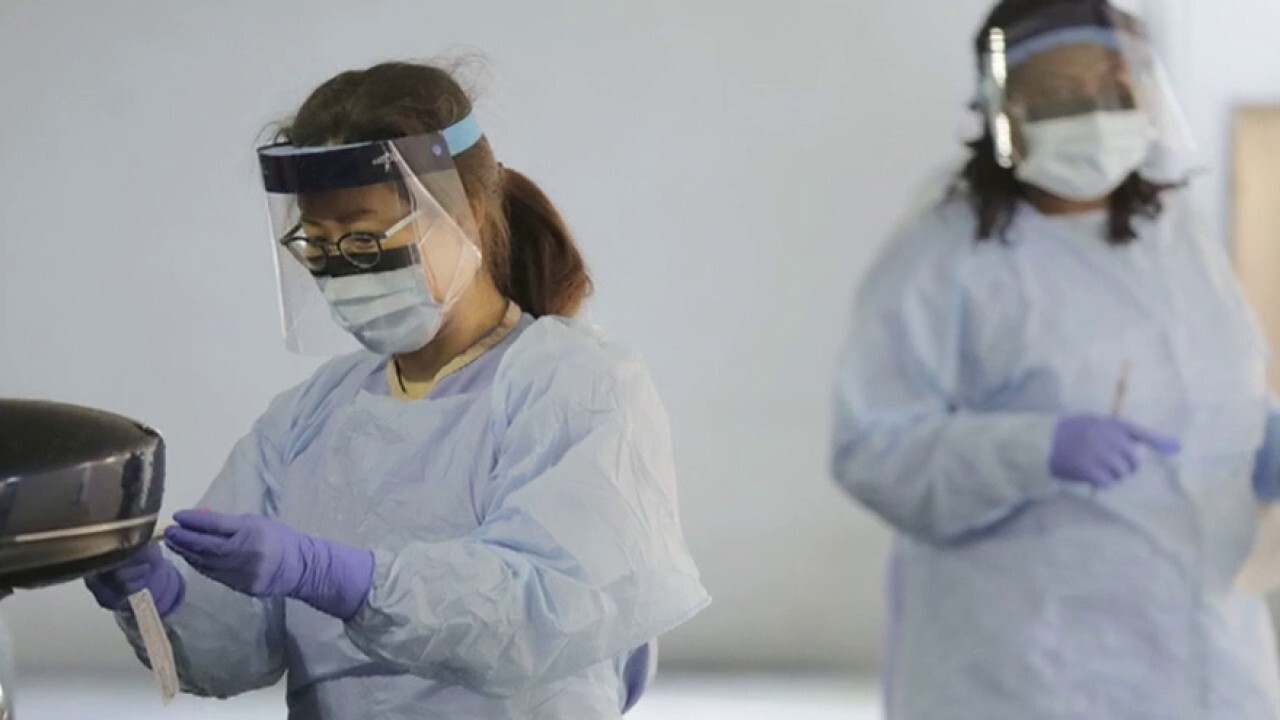 Officials put the price tag at nearly $1.4 trillion and said that with other measures from the Federal Reserve, it could pump $2 trillion into the U.S. economy.

Mnuchin said Sunday that workers and businesses will get assistance to help cover payrolls for the next 10 weeks; unemployment insurance; and a one-time “bridge payment” of about $3,000 for a family of four.

The treasury secretary said a significant part of the package will involve working with the Federal Reserve for up to $4 trillion of liquidity to support the economy with “broad-based lending programs.”

Hospitals, Mnuchin said, will get approximately $110 billion for the expected influx of sick patients.

But, Democrats have pushed for add-ons including food security aid, small business loans and other measures for workers — including jobless aid for those in the so-called “gig” economy not traditionally eligible for unemployment checks.

A senior aide for the Democrats, unauthorized to discuss the talks and speaking on condition of anonymity, said the package provided only three months of unemployment benefits, did not provide eviction protections and would a $500 billion "corporate slush fund" that did not institute enough restraints on how big business would spend the money.

There also has been a $242 billion proposal for emergency supplemental food, hospital and public health needs, including for the Centers for Disease Control and Prevention [CDC].

Trump has said companies should not be able to use federal assistance to buy back stock in an effort to increase profits. However, the buyback provisions were "weak" in the draft text, according to a person unauthorized to discuss the emerging package and granted anonymity. The restrictions on buybacks could be waived by the treasury secretary, the person said.

The draft also suggested a two-year ban on executive pay hikes, while some lawmakers said they wanted stronger limits.