House Speaker Nancy Pelosi, D-Calif., extended on Monday proxy voting in the lower chamber of Congress as the country grapples with the ongoing coronavirus pandemic.

In a letter to her fellow representatives, Pelosi said she decided to extend the “covered period” after receiving a letter for the House Sergeant at Arms Paul Irving that the “public health emergency due to the novel coronavirus” remains in effect.

Pelosi ordered that the House conduct votes remotely late last month, despite widespread protests from Republican members of the lower chamber. Unlike the House, the Republican-controlled Senate has resumed holding sessions in person.

House Republicans are adamantly opposed to remote or proxy voting and filed suit against the measure in May. A group of GOP legislators introduced a bill in late May that would withhold pay for members of Congress who vote by proxy – calling the practice unconstitutional.

“Outsourcing the duty of a member of Congress is unconstitutional and wrong," Rep. Ted Budd, R-N.C., who sponsored the legislation, said in a statement. "House members should not be allowed to send someone else to do their jobs for them."

The House made history in May when it conducted its first proxy vote in its 231-year history. Lawmakers voted 413-1 to impose sanctions on Chinese officials for the treatment of Uighur Muslims in China. 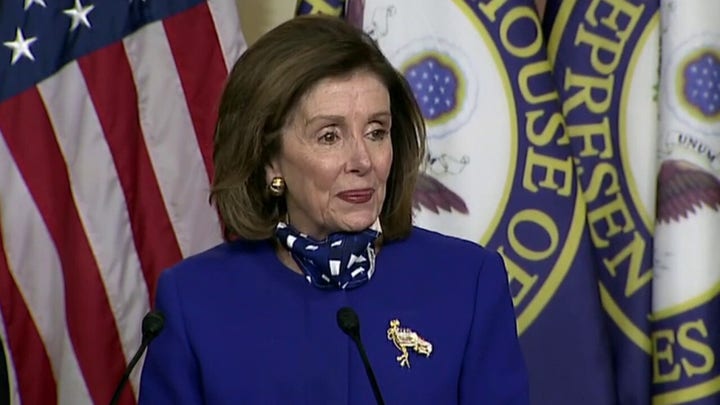 The Democratic-led House voted along party lines in May to allow a proxy vote arrangement, meaning allowing House members to vote on another person's behalf if they chose to avoid the risks of traveling to Washington, D.C.

Republicans argue the Constitution requires a quorum, or a majority, of lawmakers to be present to vote on matters.

“In the real world, if you don’t show up for your job, you don’t get paid. The same principle should apply to our country’s representatives. If they don’t come to work, they shouldn’t receive their taxpayer-funded paycheck," Budd said.

Pelosi called the lawsuit a "sad stunt" intended to "delay and obstruct urgently-needed action to meet the needs of American workers and families during the coronavirus crisis."

A proxy resolution grants Pelosi the authority to declare a special emergency during coronavirus after consulting with Irving and Capitol Attending Physician Dr. Brian Monahan. Once the emergency is in place, members who can’t travel to Washington must notify Clerk of the House Cheryl Johnson and deputize another lawmaker as their proxy on the floor.

When the House calls votes, designated proxies may cast ballots on behalf of those absent. Those members can’t change the vote in any way. Yea is yea. Nay is nay. 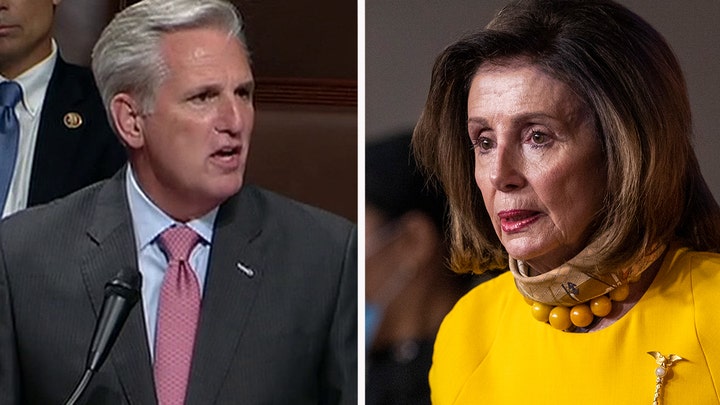 Proxy voting is just an option for lawmakers who can’t get to Washington because of transportation issues, may be ill themselves, are at-risk because of health issues or care for those who may be susceptible. Importantly, members are still allowed to vote on the floor if they wish.

In addition, members who announce they are phoning in their votes are still allowed to vote in person, if they so choose. And, the House vote tallies don’t reflect which members voted on the floor or those who empaneled proxies.