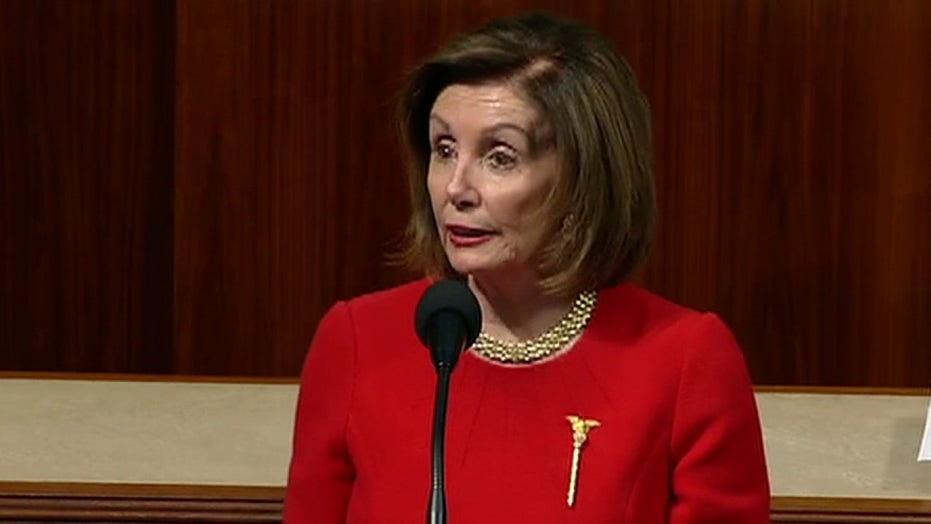 House Speaker Nancy Pelosi brushed off the idea that House Democrats would try to impeach Attorney General Bill Barr over accusations that he politicized the Justice Department.

While some Democrats, including House Judiciary Chairman Jerry Nadler, D-N.Y., have threatened Barr, with impeachment, Pelosi suggested the way to do away with Barr was through the ballot box.

"A 131 days from now, we will have the solution to many problems, one of them being Barr," Pelosi said during a Washington Post Live event.

"Anyone who saw that testimony will know that Barr is a mess. He's a disgrace to the Department of Justice," Pelosi said, referring to a hearing Wednesday where two DOJ officials criticized Barr’s leadership. The officials alleged Barr handled cases differently based on their relation to President Trump, citing Roger Stone as an example.

Pelosi indicated that voting Trump out of office would solve problems with the Justice Department.

DOJ HITS BACK AT NADLER THREAT OF BARR IMPEACHMENT

"So he [Trump] is contemptible, there's no question about that. But at this point, let's solve our problems by going to the polls and voting on Election Day, 131 days from now," Pelosi said.

Nadler suggested this week that his committee “may very well” initiate impeachment proceedings, amid his panel’s broad investigation into the alleged “unprecedented politicization” of the Justice Department under the Trump administration.

"I think the weight of the evidence and of what's happened leads to that conclusion,” Nadler said.

Two other Democrats, Reps. Steve Cohen of Tennessee and Bill Pascrell of New Jersey, have called for Barr's impeachment.

Democrats were also frustrated when the DOJ moved to drop its case against former National Security Adviser Michael Flynn,  after internal memos were released raising serious questions about the nature of the investigation that led to Flynn’s late 2017 guilty plea of lying to the FBI.