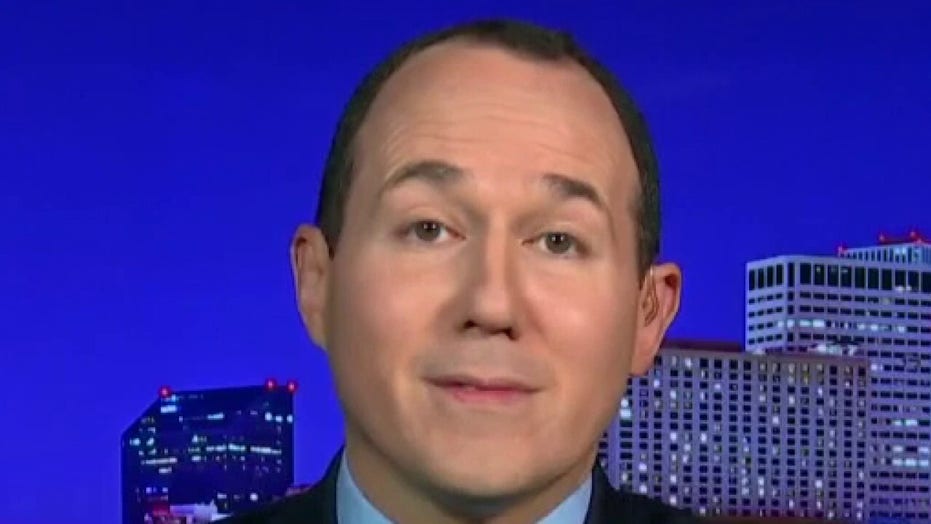 The office of House Speaker Nancy Pelosi, D-Calif., announced that its in-person dinner for new Democratic members of Congress has been canceled after a viral tweet showing the tables being set up for the event sparked backlash amid the coronavirus pandemic.

Pelosi deputy chief of staff Drew Hammill initially doubled down on how "safe" the event was supposed to be, tweeting, "Our office strictly follows the guidance of the Office of Attending Physician, including for this dinner. To be a further model for the nation, this event has been modified to allow Members-elect to pick up their meals to go in a socially-distanced manner."

The controversy began when NBC News correspondent Leigh Ann Caldwell reported Friday that Democratic and Republican leaders in the House were planning dinners for new members. She shared an image of several tables being set up in the Capitol.

".@SpeakerPelosi told me it’s safe. 'It’s very spaced,' she said and there is enhanced ventilation and the Capitol physician signed off," Caldwell tweeted.

As states across the country continued to evaluate lockdown orders to prevent further spread of the virus, Pelosi's event and assurance that her dinner would be "safe" sparked heavy criticism on social media.

"Imagine telling families not to hold Thanksgiving (we shouldn’t) and then doing this. Come. On," New York magazine reporter Nikole Hannah-Jones tweeted.

"Terrible and embarrassing for all involved," comedian Billy Eichner reacted.

"This should be canceled and frankly I'm shocked anybody thought having an indoor social meal right now was a good idea to begin with," Vox journalist Aaron Rupar wrote.

"Can a dumb decision be reversed by Twitter dunks alone? We’re about to find out," Huffington Post reporter Ryan Reilly pondered.

"This is happening while Americans are told it will be against the law for them to have Thanksgiving with their families. Yet again, the political class is openly & publicly showing it doesn’t think the rules apply to them, thus helping destroy the trust needed to beat this virus," Washington Examiner reporter Jerry Dunleavy wrote.

"Please cancel these in-person dinners, @SpeakerPelosi & @kevinomccarthy to keep everyone safe from #covid19 - yourselves, your new members, servers, the Capitol police and all of their families and contacts. And, to show public health leadership," Chelsea Clinton weighed in.

While President Trump and Republican lawmakers have long been criticized for appearing to not take the pandemic seriously by not practicing mask-wearing and social distancing at multiple large events, it's been Democratic officials who have been slammed for urging others to be cautious but appear to scoff at their own advice.

Earlier this year, Pelosi was caught maskless on a security camera at a hair salon in San Francisco, breaking state and city ordinances in the process.

Pelosi remained defiant, however, insisting she was "set up" by the salon owner.