Plenty of potential 2012 candidates are speaking to the Republican Party faithful at CPAC in D.C. - and many of them are hitting on the issues Americans want to hear about most. Here's what they're saying on jobs and the economy. And don't forget to vote in our online poll on the side of the page.

"I'm a job creator, my husband and I. We've created over 50 jobs in our state. We are so stinkin' proud of that, that we've been able to do that. And you've been able to do that. And we want to make sure that more people across this country can realize that dream of starting a business and doing what they were born to do. Unfortunately under this regime that President Obama has put in place, it is a formula for destruction of job creation. And it's an agenda that does jeopardize our free market system, because it does two things. It attacks our core values of incentives that drive growth and personal responsibility. Can you imagine? What do we get by taking away people's personal responsibility for their actions... Socialism kills job creation everywhere it rears its ugly head."

Former Speaker of the House

"Why are we in a mess? Why are we at over nine percent unemployment? The Obama administration is anti-jobs, anti-small business, anti-manufacturing, pro-trial lawyer, pro-bureaucrat, pro-deficit spending, and pro-high taxes. What do you think is gonna happen...If you want to kill jobs you can, and democrats prove it all the time... The number one job today is to create jobs. America only works when Americans are working. And nothing would do more to balance the budget than to go from 9.2 percent unemployment back down to four percent unemployment, taking five percent of the people off of unemployment, off of food stamps, off of Medicaid, putting them back with a job, paying taxes, giving their family a future."

"We believe that the government is limited and let the people provide for themselves. That's what the economy is based upon, this idea that we allow great success in America, because success will transform. And by the way, we allow great failure in this country. We allow people to fail. I know there's a lot of young people here, and I'm sure you've even learned this lesson at a young age -- that you learn more from failure than you do from success. And when we have a country that doesn't allow failure, that gives people 99 hundred weeks of unemployment and says failure is not an option, then America, and what makes America great, will be lost. How many small businesses would be created if folks didn't get that 99th week? And I know that sounds tough. But my grandfather didn't come to this country because we had 99 weeks of unemployment benefits. And he came here at a tough time. The battle ahead of us economically is whether we believe in government -- smart people planning, mapping, running everything out for us. Or we believe in you."

"Here at home, the President's response to the economic crisis was the most expensive failed social experiment in modern history. He guaranteed that unemployment wouldn't go beyond 8%. As he watched millions and millions of Americans lose their jobs, lose their homes and lose their hope, his response was this: It could be worse... The President who took office on January 20th, 2009 should have had one central mission - put Americans back to work! Fight for every job! Because every job is a paycheck and paychecks fuel Americans dreams. Without a paycheck, you can't take care of your family. Without a paycheck you can't buy school books for your kids, keep a car on the road or help an aging parent make ends meet... Let me make this very clear. If I decide to run for President, it won't take me two years to wake up to the job crisis threatening America...We believe in freedom, in opportunity. We believe in free enterprise and capitalism. We believe in the American dream. And we believe that the principles that made America the leader of the world today are the very principles that will keep America the leader of the world tomorrow."

"Whether it's education, health care, housing, or just about anything else, we need to put people in charge, give them the power to make their own decisions, not government. And the best thing we can do to empower people is to make sure they have a good job. That means always remembering this next commonsense principle: The private sector, not government, is the answer to job creation. We shouldn't be looking to Washington D.C. for how to create jobs. We should be asking the people who actually provide the jobs!! When you do, they give you some pretty clear answers. They say: 'Reduce my costs and get government off my back.' It isn't that hard. By the way, in Minnesota our unemployment rate, as I left the governorship, was significantly below the national average. And since the crash, we've been helping lead the nation towards recovery. Ladies and gentlemen, America needs job growth, not government growth!" 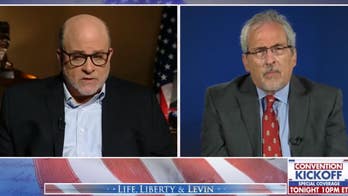