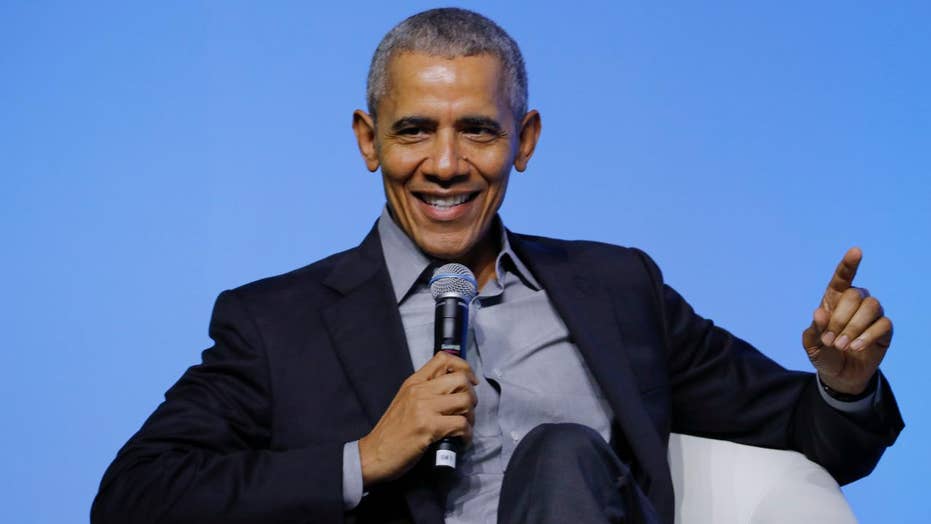 Obama says women ruling all nations would improve 'just about everything'

Former President Barack Obama has reportedly made the case that women should be in charge across the globe, calling them 'indisputably' better than men. The 'Outnumbered' panel reacts.

Former President Obama seemed to knock his own gender on Monday, telling an audience that women would make the world a much better place if they dominated the ranks of political leadership.

"Now women, I just want you to know; you are not perfect, but what I can say pretty indisputably is that you're better than us [men]," he said, according to the BBC.

"I'm absolutely confident that for two years if every nation on earth was run by women, you would see a significant improvement across the board on just about everything... living standards and outcomes."

HAWLEY SAYS HOUSE DEMS DID NOT LAY OUT AN IMPEACHABLE OFFENSE: 'THEY DIDN'T EVEN CHARGE A CRIME'

Obama famously won the 2008 presidential election after defeating future Democratic presidential nominee Hillary Clinton in the primary contests. The former president later appointed her as his secretary of state and reportedly saw her as a better candidate than former Vice President Joe Biden for continuing his legacy.

"If you look at the world and look at the problems, it's usually old people, usually old men, not getting out of the way," Obama also said during Monday's event in Singapore.

Obama has long praised his wife, former first lady Michelle Obama. For example, he's said staying married to her was one of his greatest accomplishments. He also praised her performance as first lady and claimed that she "upgraded" him.