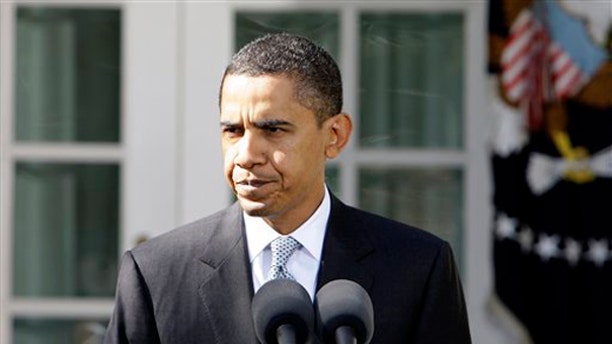 With House Democratic leaders admitting Friday they don't have enough votes to pass their health care legislation, President Obama unleased a full-court press on lawmakers sitting on the fence.

Rep. Jason Altmire, a second-term Democrat from western Pennsylvania, said he received calls during the day from the president, White House Chief of Staff Rahm Emanuel, Health and Human Services Secretary Kathleen Sebelius and Education Secretary Arne Duncan. Their message was "this is a historic moment. You don't want to end up with nothing," he said.

Altmire added his callers emphasized the legislation would change once it left the House, "but if you kill it now it's over" for the foreseeable future. He said he remained undecided on his vote.

Several Democrats have already announced their opposition, most of them moderate to conservative members of the so-called Blue Dog Coalition.

Democrats hold 258 seats in the House and can afford 40 defections and still wind up with 218, a majority if all lawmakers vote.

"We're very close" to having enough votes to prevail, said Majority Leader Steny Hoyer of Maryland, although he added a scheduled Saturday vote could slip by a day or two and sought to pin the blame on possible Republican delaying tactics.

"Nice try, Rep. Hoyer, but you can't blame Republicans when the fact is you just don't have the votes," shot back Antonia Ferrier, spokeswoman for the GOP leader, Rep. John Boehner of Ohio.

Any changes in the legislation to appease wavering members could force Speaker Nancy Pelosi to break a pledge to post the final bill online for 72 hours before lawmakers vote.

House Democratic leaders faced down a revolt from Hispanics in the Caucus who say they don't want a prohibition supported by the White House but not in the House bill that restricts illegal immigrants from buying insurance through a government-established exchange. A ban exists in the Senate version of health insurance reform.

The controversy surrounding illegal immigrants remains "a work in progress," Rep. Nydia Velazquez, a New Yorker and chairwoman of the Hispanic Caucus, said after a mid-day meeting in Pelosi's office.

Pelosi and others are also working furiously to finalize language to restrict federal funding of abortion demanded by pro-life Democrats. Democrats are looking to add the new provisions as part of the debate "rule."

The House Rules Committee was meeting Friday to craft the parameters for debate and the head of the committee, Rep. Louise Slaughter, has indicated that none of the 104 amendments submitted will be added.

The language to be added -- from Rep. Brad Ellsworth, D-Ind. -- would strengthen assurances that no taxpayer money is used to end pregnancies and make the Hyde Amendment, which bans the use of such money, permanent, Slaughter said.

If they do, it will mean the legislation is unlikely to be available for 72 hours ahead of the vote.

Without the new language accessible online, Pelosi will have upended her pledge to the Weekly  Standard in September that she was "absolutely" committed to posting the final House bill online.

"Without question," she said at the time.

Pelosi and other Democratic leaders had rejected a GOP attempt to mandate the online post, and Pelosi's spokesman told the conservative magazine this week that the pledge was to have a manager's amendment online for 72 hours.

"And we will do that," Pelosi spokesman Brendan Daly told the magazine in an e-mail.

But Republicans say any change to the bill represents a broken vow.

"Well, they will clearly have broken their promise to the American people" if the Ellsworth language is added, said Michael Steel, a spokesman for Minority Leader John Boehner.

Earlier, Steel pushed Democrats to post any revised versions of the bill online.

"If Speaker Pelosi intends to address critical issues like taxpayer funding for abortion in the rule, they should make it available for the American people to read for 72 hours," Steel said.

In a statement released Friday, Pelosi, D-Calif., did thank Rep. Anthony Weiner for withholding his amendment for a single-payer approach to the legislation.

"His decision not to offer a single payer amendment during consideration of H.R. 3962 is a correct one, and helps advance the passage of important health reforms by this Congress," she said.