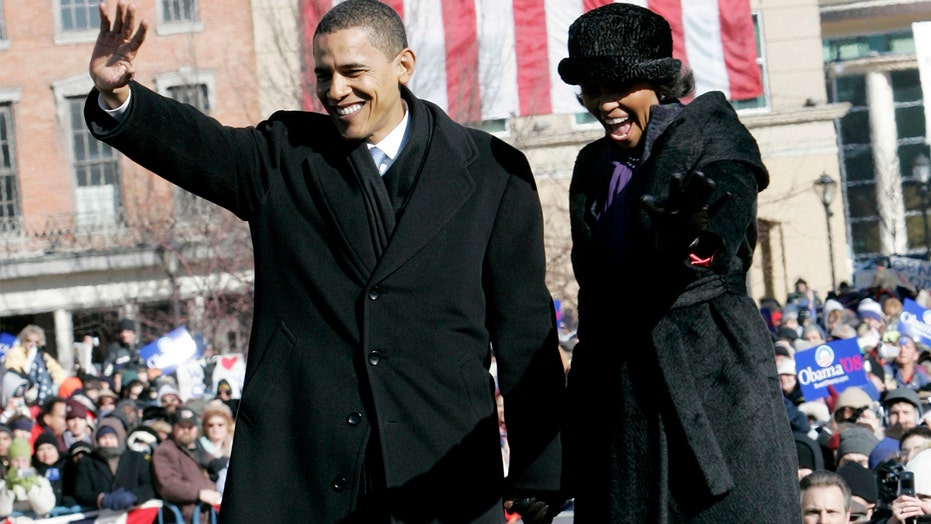 On this day in history, in 2007, Barack Obama officially launched his presidential bid.

U.S. Senator Barack Obama (D-IL), with wife Michelle (R), waves after formally announcing his campaign for U.S. President in the 2008 election during a campaign rally in front of the Old State Capitol in Springfield, Illinois, February 10, 2007.  (Reuters)

“It was here, in Springfield, where north, south, east and west come together that I was reminded of the essential decency of the American people – where I came to believe that through this decency, we can build a more hopeful America,” Obama said.

He added: “And that is why, in the shadow of the Old State Capitol, where Lincoln once called on a divided house to stand together, where common hopes and common dreams still live, I stand before you today to announce my candidacy for president of the United States of America.”

Obama went on to defeat Hillary Clinton, his Democratic rival, before beating Sen. John McCain, R-Ariz., in the general election.

He was inaugurated as the 44th president of the United States on January 20, 2009 – the first African American to hold that office.

Coming in at the height of the great recession of 2008-2009, Obama’s first term in office was marked by a tumultuous effort to pass the Patient Protection and Affordable Care Act – more commonly referred to as ObamaCare.