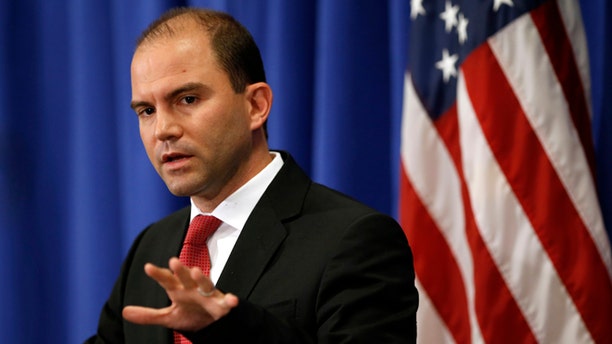 Deputy National Security Adviser and MFA in creative writing Ben Rhodes likened an Iranian nuclear deal to ObamaCare in a talk to progressive activists last January, according to audio obtained by the Washington Free Beacon.

The remarks, made at a since-discontinued regular meeting of White House personnel and representatives of liberal interest groups, reveal the importance of a rapprochement with Iran to President Obama, who is looking to establish his legacy as his presidency enters its lame-duck phase.

“Bottom line is, this is the best opportunity we’ve had to resolve the Iranian issue diplomatically, certainly since President Obama came to office, and probably since the beginning of the Iraq war,” Rhodes said. “So no small opportunity, it’s a big deal. This is probably the biggest thing President Obama will do in his second term on foreign policy. This is healthcare for us, just to put it in context.”

Rhodes made the comparison as the White House was reeling from the botched rollout of the $2 billion Healthcare.gov. Polls continue to show that the health law, the Patient Protection and Affordable Care Act of 2010, remains unpopular.

“We’re already kind of thinking through, how do we structure a deal so we don’t necessarily require legislative action right away,” Rhodes said. “And there are ways to do that.”

That is similar to what an unnamed senior administration official told David Sanger of the New York Times last week for a piece headlined “Obama Sees an Iran Deal That Could Avoid Congress”: “We wouldn’t seek congressional legislation in any comprehensive agreement for years.”