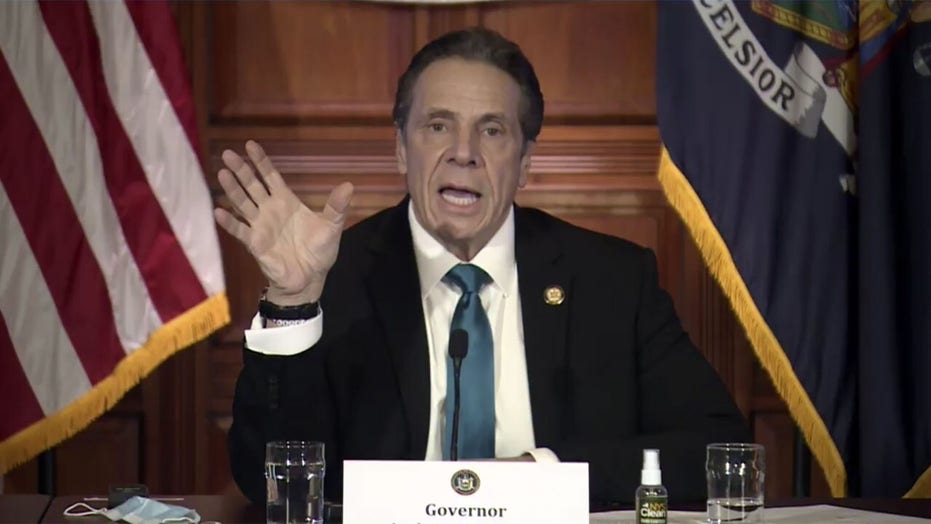 He tells reporters he won’t quit

A New York state Democratic leader said that after a conversation with a Republican colleague he may open an investigation into a still-in-effect directive from Gov. Andrew Cuomo that requires group homes for the developmentally disabled to accept residents who have tested positive for coronavirus but are "medically stable."

That policy remains despite a controversial, similar directive for nursing homes that has led to Cuomo being blamed for thousands of deaths. State Senate Republicans have called for an investigation into the policy, and now Democratic Senate Investigations Committee Chairman James Skoufis says the probe could become a reality.

Skoufis, who had received a letter asking for an investigation, said he had spoken to his committee's ranking Republican member, Sen. Mike Martucci, about Cuomo's directive, which was issued on April 10, 2020 – 16 days after the nursing home order. The nursing home directive was rescinded in May, but the one for group homes remains.

"Governor Cuomo has created a culture of corruption, secrecy, and abuse. It’s time for the Legislature to step up and hold him accountable for all of his misdeeds, but in particular his order that exposed our developmentally and intellectually disabled citizens to this deadly virus," said the letter, signed by Martucci and fellow Republican Sens. Anthony Palumbo, James Tedisco and Fred Akshar. "The Investigations Committee has the power and authority to reassert legislative oversight and get to the bottom of this once and for all."

Fox News reached out to Cuomo's office for comment on Skoufis stating that could be an investigation, but it did not immediately respond.

The directive states that before patients are sent back to their group homes, hospitals "must confirm to the Certified Residential Facility, by telephone, that the resident is medically stable for discharge and whether the individual is asymptomatic." It also states that "[n]o individual shall be denied re-admission or admission to a Certified Residential Facility based solely on a confirmed or suspected diagnosis of COVID-19."

The Office for People with Developmental Disabilities told the Post in a statement that group home residents who had been hospitalized with COVID-19 "were only returned to their homes after being deemed safe to return by the hospital physician, in consultation with the residential provider."

The agency told Fox News that homes "could accept individuals only if they could safely accommodate them in the group home"  and that people "who could not be safely accommodated either remained at the hospital or were served in one of the over 100 temporary sites established for COVID-19 recovery efforts in partnership with OPWDD provider agencies."

"There's at least a yellow flag that is raised," Skoufis said. "I do believe there needs to be an examination."