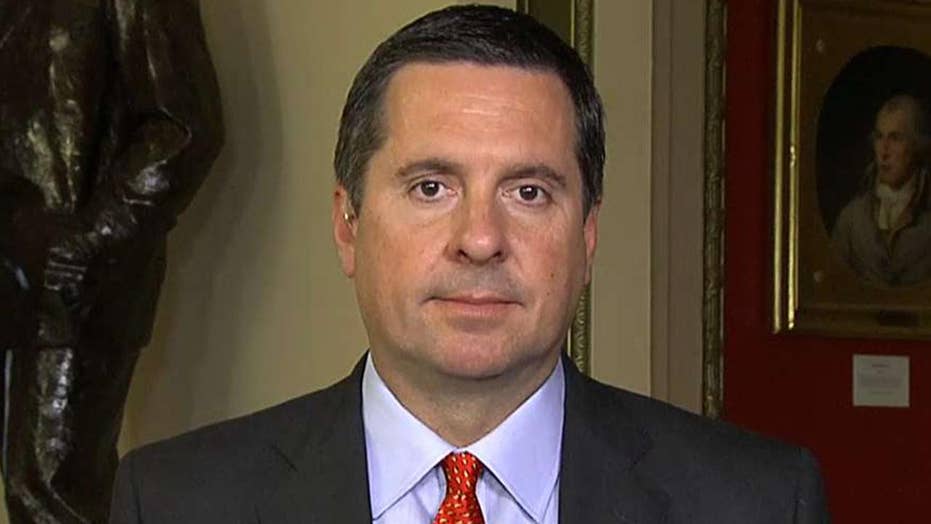 The White House reportedly is set to unveil a sweeping new plan that would radically transform the makeup of immigrants in the United States, ending the visa lottery program and implementing a comprehensive merit-based admissions procedure.

The plan reportedly doesn't address the millions of undocumented workers living in the country illegally, including hundreds of thousands of young "Dreamers" brought to the U.S. as children - a top priority for Democrats.

On “Outnumbered Overtime” Thursday, Nunes, R-Calif., ranking member on the House Intelligence Committee and a member of the House Ways and Means Committee, said Democrats love to criticize Trump's policies and talk about the “Dreamers,” but they have failed to introduce a comprehensive immigration plan of their own.

“I’d like to see them put a bill on the floor that’s comprehensive, that deals with border security, that deals with the work permit systems that we need, and not just criticize the president,” Nunes said. “At some point, they’re in power. They’re not just a party that can criticize anymore.”

He said there are many reasons for the chasm between Republicans and Democrats on immigration, and he puts some of the blame on the media, which he argued fails to hold Democrats accountable.

“Why would you not be putting a microphone into Nancy Pelosi’s face and the Democratic leadership’s face and say, ‘Ok, you don’t like the president’s plan. Got it. Where’s your plan?’ But you don’t see that happening.”