Nunes sets sights on State Department next, says FISA memo only 'phase one'

The furor over House Intelligence Committee Chairman Devin Nunes' push to release the "surveillance memo" is only the beginning.

The Republican chairman said Monday the release of the long-awaited document on alleged law enforcement surveillance abuse was just “phase one” of his investigation, and the next phase will involve probing the State Department for what he called “irregularities.”

“What we will do in phase two is follow the facts where they lead, and when we get enough facts, we will figure out a way to let the American people know,” Nunes told “Fox & Friends.”

Nunes, R-Calif., has come under heavy fire in recent weeks for making public the four-page Republican-authored memo on the use of the Foreign Intelligence Surveillance Act under the Obama administration. But after the memo was published Friday with the blessing of the White House, Nunes and GOP committee members made clear they're just getting started.

“Phase one of our investigation was getting to the FISA abuse. What we’re looking at now is the State Department and some of the irregularities there,” Nunes said Monday, noting that the committee has “several other areas” to probe. He first mentioned the next "phase" of the investigation Friday on Fox News' "Special Report."

It is unclear what exactly the House Intelligence Committee might investigate with regard to the State Department. But in the past several months, numerous congressional Republicans have called for the appointment of a second special counsel to investigate issues involving the Clinton State Department – such as Uranium One, and potential “pay-to-play” practices between State and the Clinton Foundation.

The Uranium One deal, which was covered extensively in 2015, concerns the 2010 approval of the sale of Canadian mining company Uranium One to Russia’s Rosatom nuclear company. The U.S. was involved because the sale gave the Russians control of part of the uranium supply in the U.S.

The controversy returned to the headlines following a report that the FBI had evidence before the approval that Russian operatives used bribes and other dirty tactics to expand Moscow’s nuclear footprint in the U.S., related to a Rosatom subsidiary. Republican lawmakers in turn revived questions about payments to both Bill Clinton and the Clinton Foundation from “interested parties.”

Last month, Fox News reported that the Justice Department also was investigating allegations that the Clinton Foundation used “pay to play” politics while Hillary Clinton was secretary of state.

But regardless of the findings in the committee’s State Department probe, Nunes said his committee would not go through the same “process” as it did for the FISA memo.

“I don’t want the American people to think we’re going to have another memo go through this process,” Nunes said.

The FISA memo released Friday showed what Republicans call government surveillance abuse under the Obama administration. It included purported testimony from former FBI deputy director Andrew McCabe that the FBI and the Justice Department would not have sought surveillance warrants to spy on former Trump campaign adviser Carter Page without the now-infamous anti-Trump dossier. The memo stated that the information on the dossier, like its funding from Democratic sources, also was “omitted” when seeking a FISA warrant for Page. 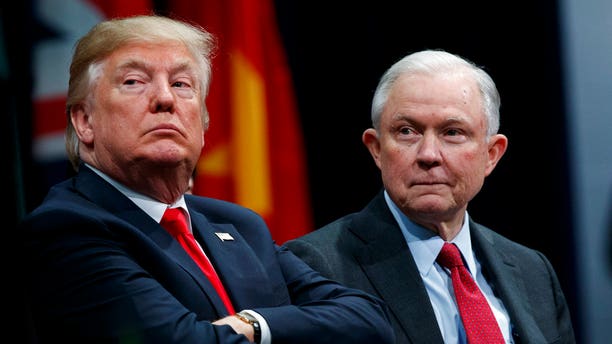 The Democrats on the Intelligence Committee are meanwhile pushing this week for the release of their 10-page staff memo on the FISA debate. Ranking Member Adam Schiff, D-Calif., has urged Nunes to release the Democrats’ work.

A source close to the Republican staff on the House Intelligence Committee told Fox News on Monday that their investigation is “ongoing.”

The committee might not be the only entity getting involved.

After its release, Sessions said he is “determined” that the department will “fully and fairly ascertain the truth.”

“Accordingly, I will forward to appropriate DOJ components all information I receive from Congress regarding this,” Sessions said.

A senior U.S. official told Fox News that this means Sessions would send a referral to DOJ Inspector General Michael Horowitz to look into the issues raised in the memo.