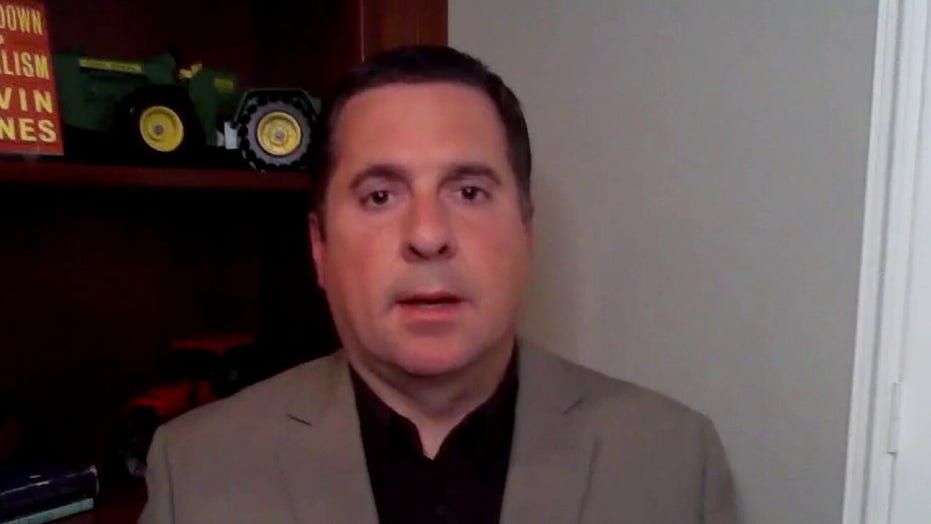 California Rep. Devin Nunes, R-Calif., believes that Republicans might face pressure to impeach President Biden should the party gain control of the House in the 2022 midterms.

The aftermath of the Jan. 6 U.S. Capitol riot saw former President Donald Trump removed from social media platforms and the shutdown of Parler — a platform popular with Trump supporters.

If some social media platforms return, it could allow the Republicans to get out "good information" to voters and help the party reclaim the House, the consequences of which could be significant, Nunes told Sean Hannity on Wednesday night.

"If we start to get good information out to the American people, Republicans have a good chance of taking the House in 2022," Nunes said on "Hannity."

Nunes stressed that he wouldn’t want to impeach the current president, but that "you’re going to have people that are going to say that."  The congressman did not specify what charges the president may face.

Republicans will enter the 2022 midterms with a slim minority, needing to overturn just seven seats — a possibly small task considering the number of seats the party flipped in 2020.

House Minority Leader Rep. Kevin McCarthy, R-Calif., said the party had made "great gains" when it flipped 12 seats in November. Polling had projected Democrats to build on their majority in 2020, but that was not how things panned out.

The strong 2020 showing has positioned Republicans to make similar gains in the 2022 midterms, according to polling site FiveThirtyEight: historically, the current presidential party has lost an average of 27 house seats in midterm elections, the site reported.

The campaign arm for House Republicans is spotlighting 47 seats currently held by what they consider to be "vulnerable Democrats" that they see as "prime pick-up opportunities" for the GOP in the 2022 midterm elections.