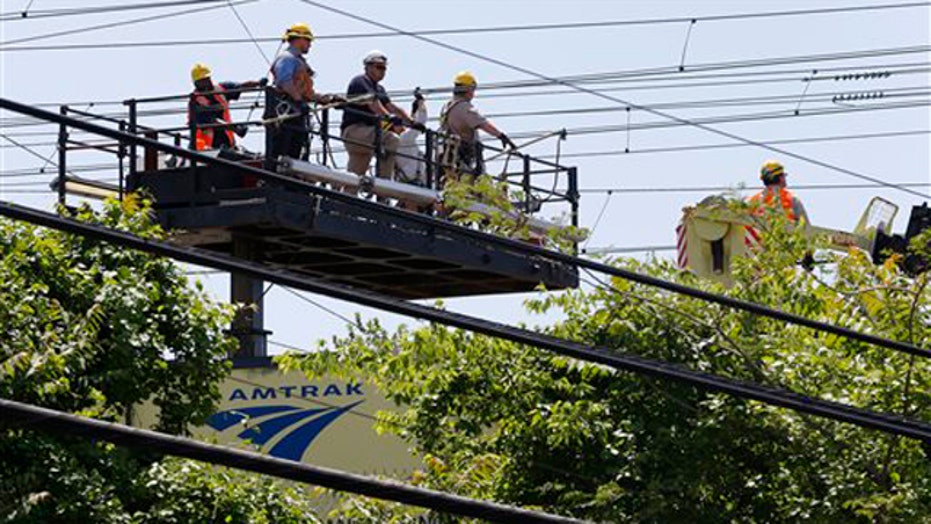 Sumwalt told “Fox News Sunday” the NTSB and the FBI would meet Monday to discuss a crack found in the windshield of the train that some have speculated was caused by an object that hit it moments before the derailment.

“That’s exactly what we want to determine,” he said. [Investigators] “…want to look at everything at this point, not rule anything out or rule anything in.”

The ill-fated Amtrak train was going more than twice the 50 mph speed limit when it entered a sharp curve and derailed, leaving a mangled mess of metal and human carnage in its path.

Sumwalt said Friday an assistant conductor aboard the train told investigators that she heard the Amtrak engineer talking over the radio with another engineer for a regional railroad just before the crash Tuesday night.  The regional engineer said his train had been hit by a rock or some other projectile. Though Sumwalt declined to speculate on what might have hit the train, he did say there would be a thorough investigation.

Sumwalt said the NTSB has conducted drug and alcohol testing in accordance with federal law and also has requested the cellphone records of the engineer.

“I think what we need to know, we need the traveling public to know that the NTSB is conducting a very thorough investigation, and we will get to the bottom on this, and we have to have positive train control implemented soon to keep things like this from happening in the future,” Sumwalt said on ABC’s “This Week.”

“The train was going twice the speed limit,” he said Thursday. “Adequate funds were there, no money’s been cut from rail safety, and it’s hard for me to imagine that people take the bait on some of the nonsense that gets spewed around here.”

Sen. Cory Booker, D-N.J., said on NBC’s “Meet the Press” that recent criticism over Amtrak funding is “a distraction from the reality that the U.S. is falling dramatically behind the rest of the world on its infrastructure.”

“We have trillions of dollars in infrastructure debt and the accident the NTSB says could have been prevented if we had positive train control,” he said, adding, “We should not be scrimping on investments and public safety.”