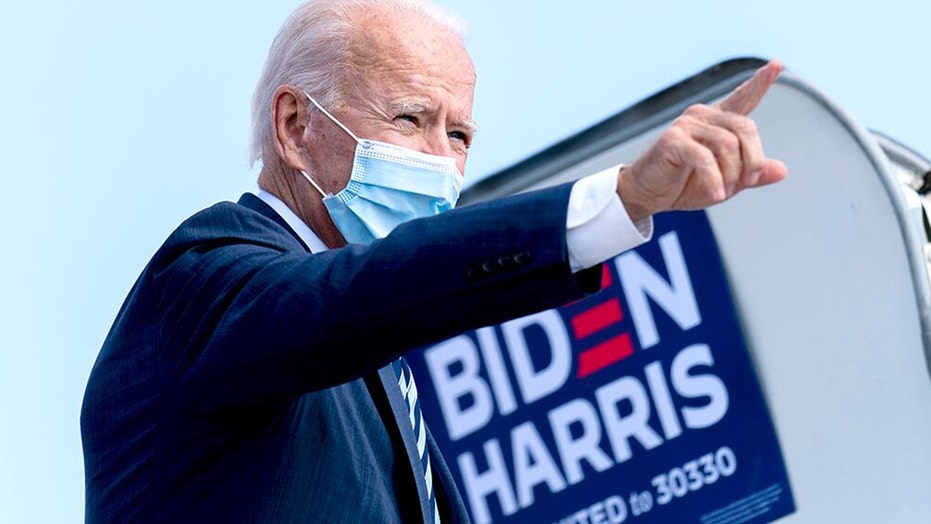 The Biden campaign is fighting to boost Latino turnout in battleground states including North Carolina, where Latinos make up just 4.4% of registered voters but could be the group that flips the state blue.

Democratic nominee Joe Biden appears to be ahead of President Trump by double digits among Latino registered voters in the nine main battleground states, including North Carolina, according to the Pew Research Center. Biden leads Trump by less than three points among all voters in North Carolina according to a RealClear Politics polling average.

OBAMA TO STUMP FOR BIDEN LESS THAN TWO WEEKS BEFORE ELECTION

"The coronavirus pandemic and response from the Trump administration may have just been icing on the cake on top of issues that affect the Latinx community," Andrew Viveros, an organizing director at pro-Biden NextGen America who is based in Charlotte, N.C., told Fox News. "Their response really disproportionately affected Latinx people as a whole in North Carolina."

Registration rates among eligible Latino voters in North Carolina are more than 20% lower than rates for Black and White residents, according to data from the Census Bureau and N.C. State Board of Elections, cited by the Fayetteville Observer.

"Being in the field and talking with these young Latinx individuals here in Charlotte this past year and a half, we’ve seen a lot more individuals get politically engaged … being passionate about getting registered to vote, getting their friends registered to vote," said Viveros, whose group targets voters ages 18 to 35.

Part of this is because North Carolina's Latino population is so young. The median age of Latino people in the state is 24, which is much lower than the general population, according to the Pew Research Center.

Even though the coronavirus pandemic has limited in-person political events, NextGen America's North Carolina chapter was prepared because of its digital focus. The group spends its money on online ads, outreach to college students and even virtual cooking classes that include a pitch about the importance of voting.

The so-called Latino vote is not monolithic, and many Latino voters differ politically depending on their age and background, Glenn Parada, of the Republican National Hispanic Assembly, told Fox News.

"The younger group leans more socially liberal," he said. Parada is the Republican National Hispanic Assembly's Florida political director but said North Carolina is one of the states he's paying attention to.

"The younger crowd of families who did come here illegally, they’re single issue voters. That’s immigration. They don’t want their families deported, they may be DREAMers," Parada said.

However, many politicians shy away from discussing immigration in real terms, he said.

"The only person I’m hearing say anything about it is President Trump," Parada said. "No senator or congressman is going to straight outright say something about immigration. ... It’s a gray area because then you have good people who, unfortunately, came here illegally."