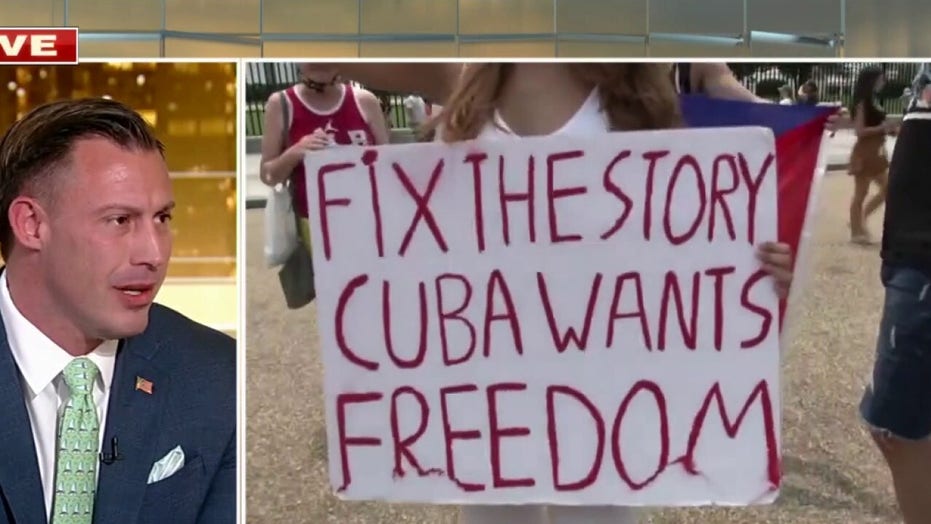 Joey Jones on Gen Z's view on socialism: 'They don't have perspective'

The Ohio progressive currently has a fundraising lead in the race. However, according to FEC data, Turner received almost $2,700 in total from pro-Assad activist Bassam Khawam — also known as Sam Khawam.

Khawam is a proponent of Syrian President Bashar al-Assad and bankrolled Gabbard’s infamous trip to Syria where she met with the Syrian dictator, himself. Khawam is also a former member of the terrorist-linked Syrian Social Nationalist Party.

Former Ohio Democratic Rep. Dennis Kucinich — who is running for Cleveland mayor and has met with Assad multiple times in the past — and Gabbard's husband, Abraham Williams, were also on the trip.

Gabbard eventually personally repaid the cost of the trip, on which she said she had no plans to meet Assad. However, Gabbard met with the Syrian president when the opportunity arose.

"I think we should be ready to meet with anyone if there's a chance it can help bring about an end to this war, which is causing the Syrian people so much suffering," Gabbard said in 2017.

Kara Turrentine, a spokesperson for Turner’s campaign, confirmed the donation to Fox News in a Friday email, saying Khawam’s contribution was donated to a nonprofit in March, but did not directly answer Fox News’ question on whether Turner supported Assad’s regime.

"We donated this contribution to the Northeast Ohio Black Health Coalition back in March," Turrentine said. "We continue to vet contributions to our campaign to ensure they align with our values."

Turner, who was the former presidential campaign spokeswoman for Senator Bernie Sanders, I-Vt., has come under fire in the past for her ties to controversial individuals.

Far-left activist Phillip Agnew worked alongside Turner as a campaign surrogate for Sanders' failed presidential campaign in 2019 and 2020.

Agnew, a self-proclaimed socialist, co-founded the activist group Dream Defenders after the death of Trayvon Martin in 2012.

In 2014, Dream Defenders voiced support for the Popular Front for the Liberation of Palestine — which has been dubbed a terror group by the U.S. government since 1997 — according to the Anti-Defamation League (ADL), a left-leaning anti-Semitism watchdog.

Dream Defenders also supports the defund the police movement, writing on Facebook in February that they want to defund "the pigs, and free every Black person locked up behind these walls." They also signaled their support for convicted cop-killer Assata Shakur, who is on the FBI's most-wanted list.

The group has also called for the abolition of law enforcement, saying defunding the police is the "path" to doing so.

Turner also received a glowing endorsement from "Squad" queen bee Rep. Alexandria Ocasio-Cortez, D-N.Y., who called Turner "a powerful voice for progressive values and policies that will make a meaningful difference in the lives of working people across the country."

Khawam did not immediately respond to Fox News' request for comment.