Kim called the new probe "an encouraging development" in a statement Tuesday.

"I hope that Attorney General [Letitia] James will use the full force of her office’s board, far-reaching powers to investigate the governor’s corrupt self-dealing, starting from the critical days leading up to his March 25th Executive Order," Kim said. "He and every decision-maker around him at that time should be held accountable for their deadly incompetence."

New York’s top prosecutor is investigating new criminal allegations against Cuomo after the state’s fiscal watchdog recommended them following his own a probe into whether Cuomo had staffers and aides work on his book while on the clock.

They allegedly helped in the editing process and by performing other tasks, according to Comptroller Thomas DiNapoli’s office. 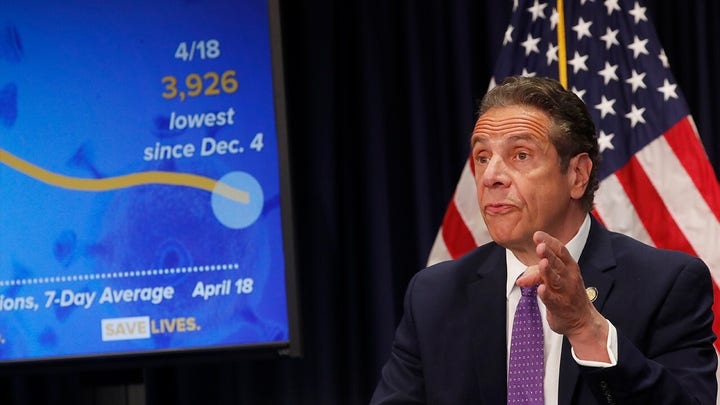 Cuomo released the book back in October, touting his track record on battling COVID-19. But his office later admitted it had dramatically underreported the death toll on coronavirus patients in the state’s nursing homes and other care facilities.

CUOMO'S NY LEADING THE COUNTRY IN SMALL-BUSINESS CLOSURES, ACCORDING TO FACEBOOK'S DATA

"The Governor and his accomplices deflated and suppressed the number of nursing home deaths – and profited as a result," Kim said. "They traded away New Yorker’s lives out of personal and corporate greed…His time in office must come to an end."

The governor received a generous advance on the book’s publication and has maintained that any help he received from taxpayer-funded employees was voluntary.

New York Governor Andrew Cuomo speaks to the media at the Javits Convention Center which is being turned into a hospital to help fight coronavirus cases on March 24, 2020 in New York City. (Photo by Eduardo Munoz Alvarez/Getty Images)

A spokesperson for Attorney General James’ office confirmed investigators had received a referral from the comptroller regarding the allegations but noted the office does not comment on ongoing investigations.

The latest allegations come as the governor tries to fend off numerous sexual harassment accusations as well as his handling of a coronavirus outbreak in the state’s nursing homes and other care facilities that went dramatically underreported for months before the true death toll, more than 15,000, came to light.

The governor’s office did not immediately respond to a Fox News request for comment Tuesday.

But senior Cuomo adviser Richard Azzopardi said in a statement Monday that it was "patently absurd on its face" to suggest there had been any criminality involved with creating the book.

Cuomo himself had been the state’s attorney general before in the early 2000s – a position from which he watched two other former Democratic New York governors fall from grace: Eliot Spitzer and David Paterson. 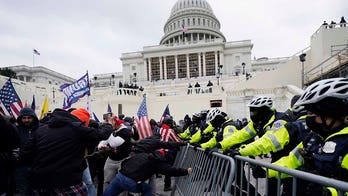