In an 8-0 vote Tuesday night, the city council of Tacoma, Wash., approved new taxes on the sales of firearms and ammunition.

The new levies are expected to raise about $30,000 annually, with the money designated for violence-prevention programs, the report said. 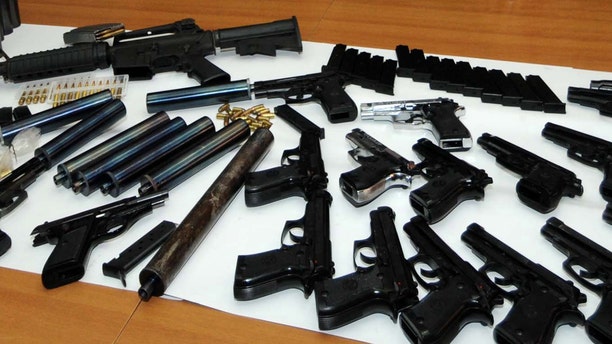 Tacoma's new taxes call for a $25 charge on firearms purchases and 2 cents to 5 cents for each round of ammunition. Gun parts and accessories are excluded, according to a report. (Getty Images)

But Second Amendment advocates questioned the council’s action, saying it amounted to punishing law-abiding gun owners for the actions of a relatively small number of criminals.

They proposed instead more vigorous enforcement of existing laws, the News Tribune reported.

Manufacturers and retailers also expressed opposition to the plan.

“This type of regressive tax really impacts our ability to be competitive,” CEO Scott Dover of Tacoma-based manufacturer Aero Precision said during public comment. The company employs more than 400 people, the report said.

“This type of regressive tax really impacts our ability to be competitive.”

“The owner of this company has already said if they pass the ordinance we will not be here when it starts," Smith told the station. "So as of January 1, this store will go away. It will be gone by then.”

Council member Catherine Uska described the city’s tax plan as a model that other communities could use in addressing gun violence.

“It gives a signal to other municipalities that it’s something that they can do,” Ushka said, according to the News Tribune.

Council member Keith Blocker had language added to the ordinance that city officials would convene a panel of school officials, gun advocates and other members of the community to review the effects of the new taxes and determine if the council “should consider repealing” the levies at some point.

Council members decided to exclude gun parts and accessories from being taxed, as a way to lessen the burden on businesses, the newspaper reported.