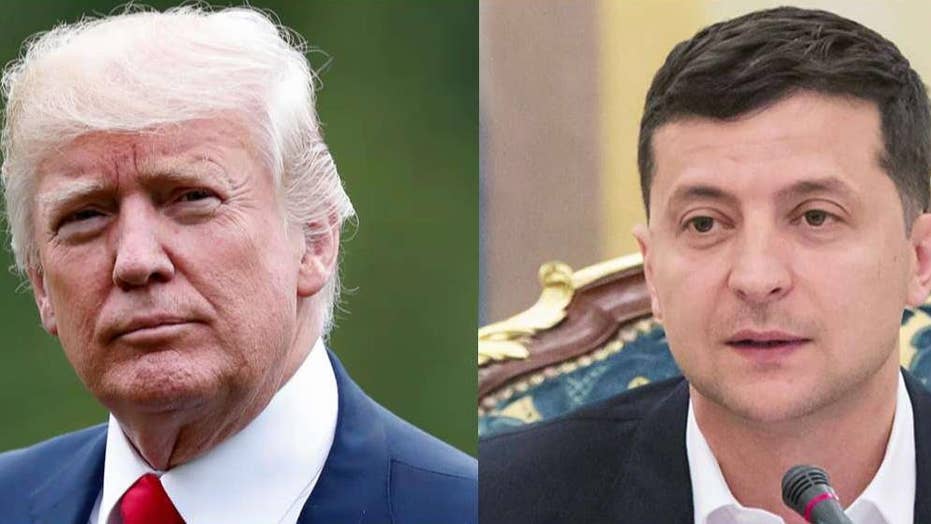 The controversy over President Trump’s mysterious call with a foreign leader that prompted a whistleblower complaint ratcheted up Friday afternoon as a new report said it involved Trump asking the president of Ukraine numerous times in a single phone call to investigate former Vice President Joe Biden’s son.

Meanwhile, after Trump called the whistleblower a partisan and dismissed the allegation as “another political hack job,” Democrats in Congress accused the president of trying to intimidate whistleblowers and demanded the administration hand over the complaint and a transcript of the call, while 2020 hopefuls renewed calls for impeachment.

The Wall Street Journal reported Friday that, in a July phone call, Trump repeatedly asked Ukrainian President Volodymyr Zelensky to work with Trump lawyer Rudy Giuliani on a probe into Hunter Biden. The call came a month before Trump put a hold on $250 million in military aid to Ukraine -- a hold that was eventually released after objections from the Senate.

Joe Biden, now a Democratic presidential candidate, has faced scrutiny for months over his past role pressuring the country to fire its top prosecutor while he was leading a corruption investigation into a natural gas company that had ties to Hunter. Giuliani has suggested that Biden, as VP, worked to protect the company from investigation.

In a lengthy statement Friday evening, Biden said that if the reports were true "there is truly no bottom to President Trump’s willingness to abuse his power and abase our country. 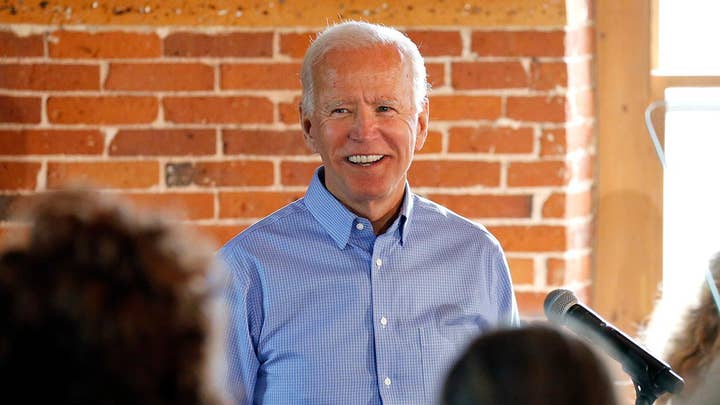 "This behavior is particularly abhorrent because it exploits the foreign policy of our country and undermines our national security for political purposes," Biden continued. "It means that he used the power and resources of the United States to pressure a sovereign nation—a partner that is still under direct assault from Russia—pushing Ukraine to subvert the rule of law in the express hope of extracting a political favor ..."

"At minimum," Biden concluded, "Donald Trump should immediately release the transcript of the call in question, so that the American people can judge for themselves, and direct the Office of the Director of National Intelligence to stop stonewalling and release the whistleblower notification to the Congress."

What initially touched off the controversy is a secret whistleblower complaint that the director of national intelligence has kept from Congress, reportedly involving a "promise" Trump made to an unnamed foreign leader. In the latest development, The Washington Post and The New York Times reported Thursday that the complaint relates to Ukraine. Fox News has not confirmed the reports.

Trump called that initial story “ridiculous” in the Oval Office, and said he doesn’t know the identity of the whistleblower. He wouldn’t say what was discussed in the call but said someone should “look into” Biden family connections to Ukraine.

Afterward, House Intelligence Committee Chairman Adam Schiff, D-Calif., and other Democratic committee leaders issued a statement demanding the administration hand over the complaint, after acting Director of National Intelligence Joseph Maguire would not share details of it with lawmakers.

After the publication of the Journal’s story, 2020 Democrats quickly weighed in. Former Housing Secretary Julian Castro said that Trump “is a criminal.”

“He must be impeached immediately,” he said. 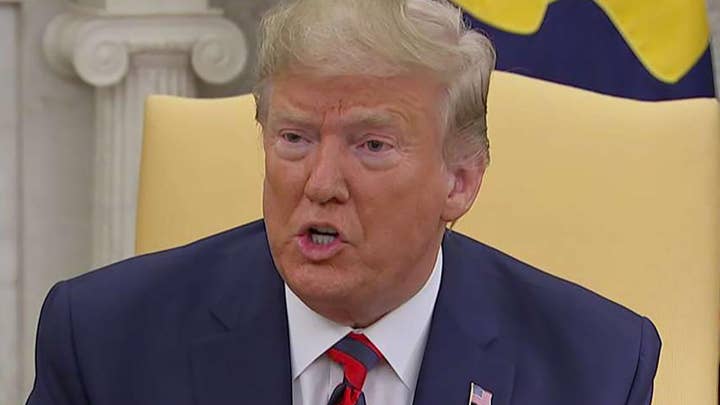 Sen. Kamala Harris, D-Calif., said that Trump “appears to be collaborating with foreign governments to attack America’s democracy” before she urged the whistleblower to come forward.

“I would absolutely urge this whistleblower to go directly to Congress, whether in closed session or in open session,” she said.

"Come hell or high water, that’s what we’re going to do,” he said. Democrats have been looking into whether Giuliani traveled to Ukraine to pressure the government to investigate the Biden activities, and have also sought a transcript of the July call between Trump and Zelensky.

The inspector general for the intelligence community received the whistleblower complaint and, according to correspondence with Schiff, considered the allegations “credible” and dealing with an “urgent concern.” Inspector General Michael Atkinson wrote that the DNI, “after consulting with the Department of Justice,” determined the complaint does not have to be shared with the intelligence committees under law. He wrote that he will “abide by that determination,” but disagrees with it.

In a letter Tuesday, the general counsel for the Office of the Director of National Intelligence, Jason Klitenic, wrote that the agency is protecting the whistleblower and argued the allegation does not meet the definition of "urgent concern." He said the complaint "concerned conduct from someone outside the intelligence community and did not relate to `intelligence activity' under the DNI's supervision."