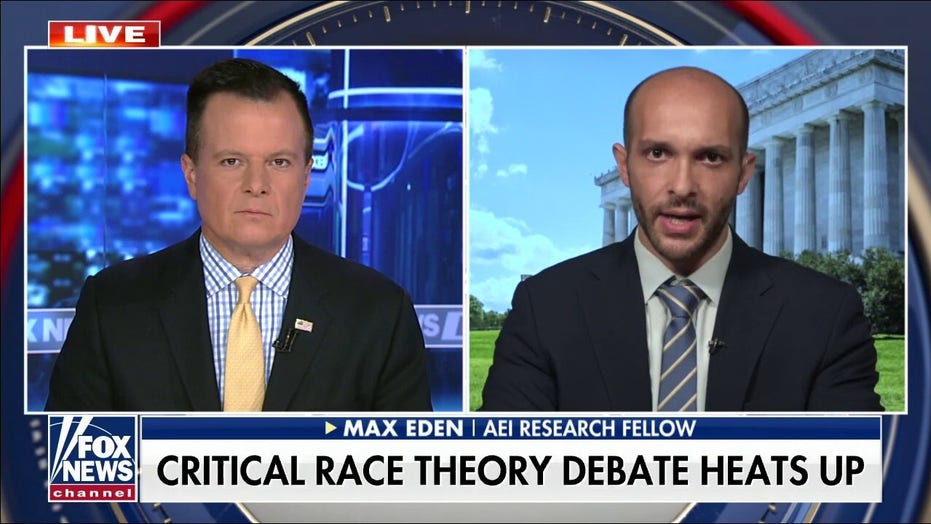 Nebraska Gov. Pete Ricketts is throwing his support behind a resolution aimed at combatting critical race theory (CRT) at the state's university system.

"I strongly urge the Board of Regents to pass the resolution opposing the imposition of Critical Race Theory on students, so we keep academic freedom alive and well at the University of Nebraska," Ricketts, a Republican, tweeted on Monday.

He also took aim at two organizations – the United College Athlete Advocates and the American Association of University Professors – that criticized the resolution.

"[T]he University of Nebraska should consider it an honor to be listed on the AAUP’s censure list alongside notable conservative institutions, including Brigham Young University, Catholic University of America, and Hillsdale College," tweeted Ricketts.

His comments came amid a wave of pushback against the measure, which was proposed by University of Nebraska (NU) regent and Republican gubernatorial candidate Jim Pillen.

Since Pillen introduced the measure, it received support from Ricketts but plenty of criticism from faculty and others. Pillen, who submitted the resolution earlier this month, had hoped the board would approve the resolution in August but it's currently unclear if that will happen.

After the UCAA, AAUP, and faculty senate criticized the measure, the university's president and chancellors released a statement expressing "concerns."

"As we have shared with Regent Pillen, we have significant concerns about the resolution and how it would be interpreted by the faculty, staff and students we hope to recruit and retain," it read.

"We will continue to work together and with the Board to vigorously protect and defend academic freedom at the University of Nebraska."

The controversy at NU reflected a broader debate about purported academic freedom and the appropriateness of teaching ideas surrounding CRT.

"As our policies and practices make clear, the University of Nebraska is strongly committed to academic freedom," reads the statement from President Ted Carter and four chancellors.

"We support and defend the liberties our teachers and learners have to freely discuss ideas in and outside of the classroom … Issues around race, equity and the fight against racism are an important part of our country’s story and they have an appropriate place in our classrooms."

"Numerous universities and colleges have issued public statements supporting, and in some cases mandating, a critical race theory approach to the curriculum, usually using code words such as 'antiracism' or ‘equity,’" he told Fox News via email.

"The proposed U. Nebraska Regents Resolution stands apart in that it gives an honest account of the downside of CRT in practice, which too often results in a narrowing of campus viewpoints. The resolution does not ‘ban’ CRT from the curriculum, to the contrary, it opposes ‘imposition’ of CRT, and in so doing seeks to foster an open campus intellectual environment."