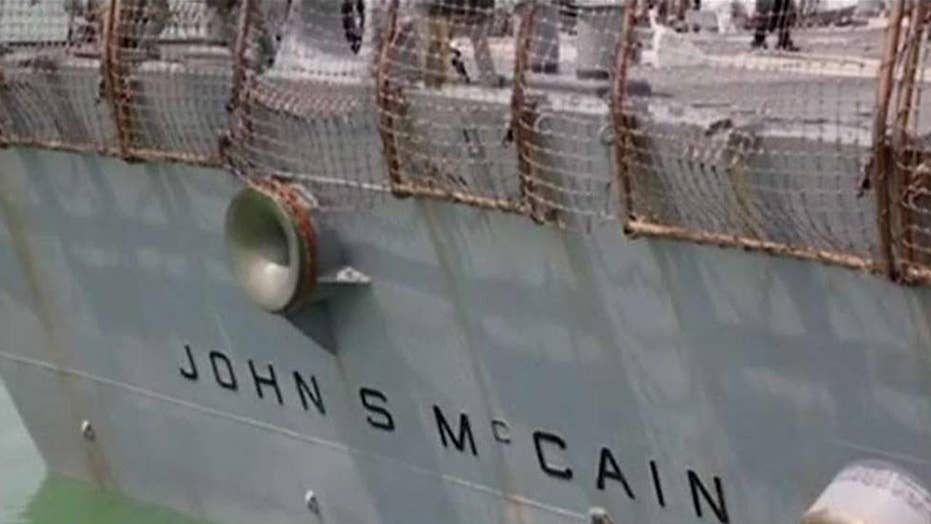 The Navy on Saturday confirmed that a request was made to “minimize the visibility” of the U.S.S. John McCain during President Trump’s recent visit to Japan -- but that it remained in a “normal configuration” during the visit.

"A request was made to the U.S. Navy to minimize the visibility of USS John S. McCain, however, all ships remained in their normal configuration during the President's visit," Rear Adm. Charlie Brown, chief of Navy information, said in a statement to Politico.

The statement said that there were “no intentional efforts to explicitly exclude Sailors assigned to USS John S. McCain.”

The Wall Street Journal reported Wednesday that the White House had requested the Navy move the warship “out of sight” ahead of Trump’s state visit.

The outlet cited a May 15 email from a U.S. Indo-Pacific Command official to U.S. Navy and Air Force officials that said: “USS John McCain needs to be out of sight.” After the officials expressed surprise, the official said he would talk to the White House Military Office to get more information about the order. The Journal also reported that a tarp was hung over the ship’s name ahead of the visit and sailors were directed to remove any coverings from the ship with its name on it.

McCain, a former Arizona senator and military veteran, had a years-long feud with Trump before his death from brain cancer last year. But Trump has kept that feud going even since McCain’s death, particularly his anger at McCain casting the decisive vote against Republican efforts to repeal and replace ObamaCare in 2017.

In March Trump complained at a rally that he "endorsed him at his request, gave him the kind of funeral he wanted...but I didn’t get a thank you.”

The warship was commissioned in 1994 and originally named for the senator's father and grandfather, both Navy admirals named John Sidney McCain. Last year, the Navy rededicated the ship to honor Sen. McCain. 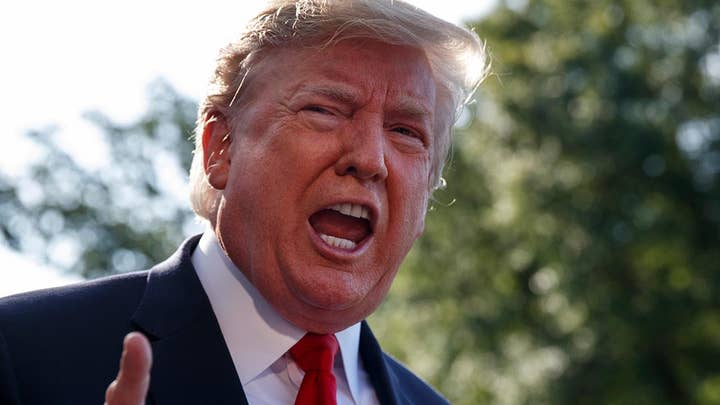 According to the Journal, sailors on the ship were given the day off and a barge was moved closer to the ship, obscuring its name. But a spokesman told the Journal that the tarp was taken down and the barge removed before the presidential visit.

TRUMP SAYS NOT INVOLVED WITH KEEPING MCCAIN SHIP OUT OF VIEW

Both Trump and Acting Defense Secretary Patrick Shanahan have denied knowing anything about any such orders. Trump told reporters Thursday that while he was not “a big fan” of McCain, “I would never do a thing like that.”

"Now, somebody did it because they thought I didn't like him, OK? And they were well-meaning, I will say," he said.

In his statement Saturday, Brown said the Navy is “fully cooperating” with a review fo the matter tasked by the Pentagon.

Fox News' Dom Callichio and The Associated Press contributed to this report.