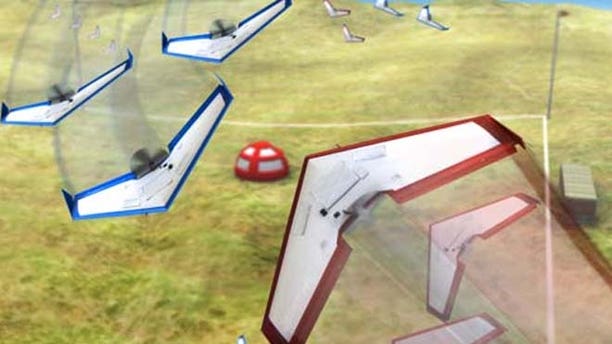 A naval school is buying 100 drones that will battle each other in a sky-filling swarm of remotely controlled action.

"The vision for the inaugural grand challenge event is for 50 vs. 50 [unmanned aerial vehicles] in the year 2015," according to a request for proposals from vendors who can sell the Navy the flying robots.

"In each such battle, two teams comprising many autonomous aerial robots vie for air superiority while simultaneously defending a high value unit on the ground and/or attacking that of the opponent."

"The grand challenge competition is envisioned to be staged as a two-week, tournament-style, live-fly outdoor event, where eight qualifying teams engage in a series of single-elimination matches."