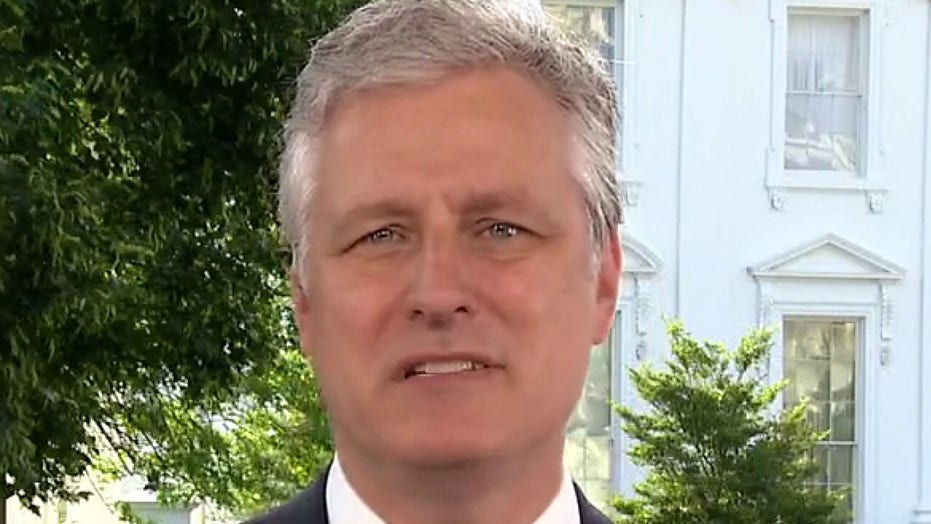 National Security Adviser Robert O’Brien on Wednesday claimed that President Trump’s CIA briefer made the call not to share with him the intelligence referencing Russia allegedly offering bounties to Afghan militants for killing U.S. soldiers.

O’Brien, during an interview with “Fox & Friends,” was asked about the bombshell New York Times report that said Trump was briefed on the bounties and that he did nothing about it. He maintained that the president “was not briefed.”

“The president was not briefed because, at the time of these allegations, they were uncorroborated,” O’Brien said, noting that the Pentagon also has said the intelligence was uncorroborated.

“The intelligence community doesn’t have a consensus,” O’Brien continued. “And as a result, the president’s career CIA briefer decided not to brief him because it was unverified intelligence.”

“Knowing all the facts I know, I certainly support her decision,” O’Brien said Wednesday.

But sources familiar with the president’s intelligence briefings told Fox News that the “daily briefer,” as Sanner was known, does not have the authority to remove an item from the intelligence brief without approval from a more senior official. The sources suggested that, in this case, the CIA director, the director of national intelligence or O’Brien would have been the officials who needed to approve the removal.

The comments come after a senior U.S. official who had been briefed on the matter told Fox News earlier this week that the information that the National Security Council had received was based on “several streams of intelligence of concern” with some of it being contradictory and some open to interpretation.

A separate source within the military told Fox News on Monday that special operations forces this year raided a Taliban outpost and recovered roughly $500,000, with a subsequent interrogation of an Afghan fighter revealing that the money came from Russia.

The source added, however, that the information was unable to be easily verified and the incident was not included in briefings to senior leaders at the Pentagon.

A Washington Post report indicated that Russian bounties are "believed to have resulted in the deaths of several U.S. service members." The Associated Press reported that officials said an April 2019 attack on an American convoy that killed three Marines in Afghanistan is under investigation.

The White House on Monday insisted there is "no consensus" that the intelligence that Russia offered bounties to Taliban-linked militants to kill U.S. troops is accurate, which is why, it said, the issue was never flagged to President Trump or Vice President Pence.

Still, a former senior national security official in the Trump administration told Fox News that intelligence reports are provided to Trump "all the time" even when there is not consensus among the intelligence agencies.

Meanwhile, O’Brien on Wednesday said that due to the leak of the information, “it may now become impossible to ever get to the bottom of it.”

“We were working very hard on this matter,” O’Brien said. “It may be entirely impossible to get to the bottom of it because someone decided to leak to hurt the president rather than uphold their obligations to the American people.”