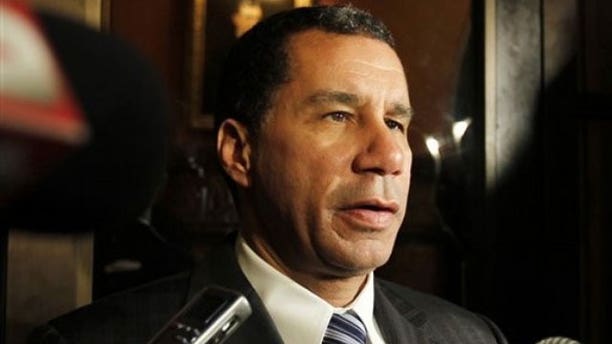 May 12: Gov. David Paterson talks to reporters outside his office at the Capitol in Albany, N.Y. (AP).

NEW YORK -- A member of New York Gov. David Paterson's administration said the governor is putting together a plan that would lay off thousands of government workers at the beginning of next year to help balance the state budget.

The administration official confirmed a report Tuesday in The New York Times that Paterson will direct state agencies to begin picking positions that could be eliminated starting Jan. 1.

That date marks the expiration of the no-layoffs pledge Paterson gave public employee unions last year in exchange for an agreement to reduce pension costs. It would also be the day Paterson leaves office.

The official spoke on condition of anonymity because the plan hasn't been formally announced.
State leaders are facing a $9.2 billion deficit this year and still haven't completed a budget for the fiscal year that began April 1.