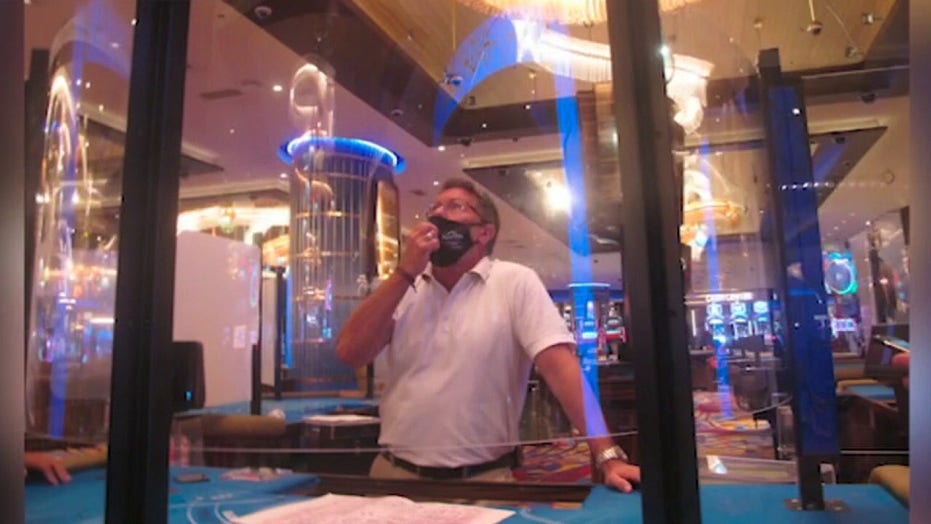 Casino Association of New Jersey president Steve Callender on how casinos are welcoming back gamblers.

New Jersey Gov. Phil Murphy called for the U.S. to have a united stance on how to tackle the coronavirus pandemic, saying that a requirement for everyone to wear face masks in public should be part of it.

While his state has been recovering after being one of the hardest hit by COVID-19 earlier this year, Murphy said a recent uptick has been the result of residents coming back after visiting places such as Myrtle Beach, S.C. and Florida that have higher case numbers.

“To me, it says we need a national strategy, we’re only as strong as our weakest link right now," Murphy told NBC News' "Meet the Press” Sunday. He said masks should be “at the core” of such a strategy.

“Wear a mask. The virus outside is a lot less lethal than it is inside but when it doubt, when you’re going out, put on a mask," he said.

New Jersey has seen more than 13,000 confirmed deaths from COVID-19 so far, second only to New York.

Discussing the idea of a national mask requirement, Murphy claimed that “it’s become almost not even debatable … absolutely indoors.”

Last week, Murphy delayed resuming indoor dining at restaurants, leaving owners upset given preparations and purchases made when they thought they were restarting their businesses.

Indoor dining had been scheduled to resume Thursday with 25 percent capacity limits, tables spaced at least six feet apart, and face masks, among other mitigation measures.

“Listen we have nothing but sympathy for them,” Murphy said, claiming that this is why the federal government needs to help states provide assistance to small businesses.

“But the choice is either we open inside … or we lose people, we literally lose lives,” Murphy said.