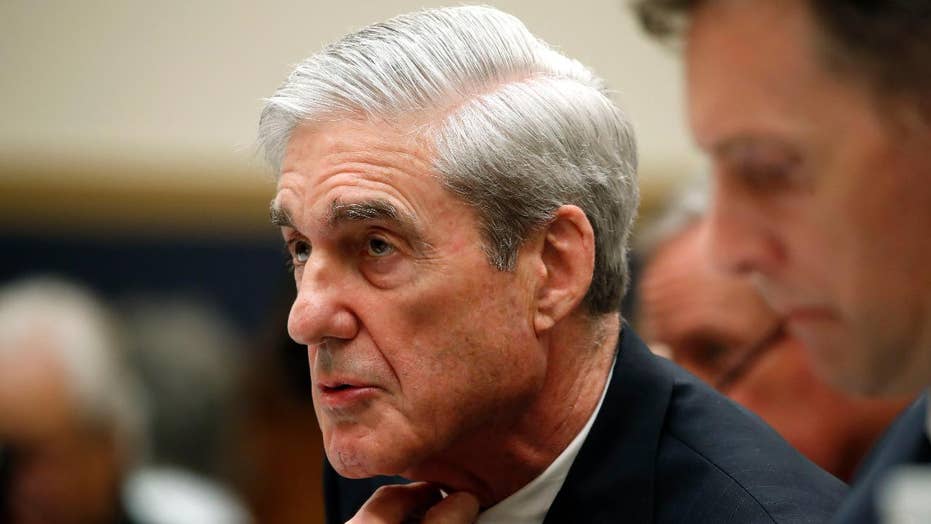 After the former special counsel is questioned by lawmakers on the Russia report, Catherine Herridge recaps the hearing's most critical exchanges.

Did Robert Mueller interview for the FBI Director job and get passed over for the position a day before he was named Special Counsel? Not according to Mueller, even though President Trump claims otherwise, and that this presented a conflict of interest that should have kept him out of the Russia investigation.

Trump has made the claim a number of times, including Wednesday, just before Mueller took the stand before the House Judiciary Committee.

CHRIS WALLACE: ROBERT MUELLER HEARING HAS BEEN A 'DISASTER' FOR DEMOCRATS

"It has been reported that Robert Mueller is saying that he did not apply and interview for the job of FBI Director (and get turned down) the day before he was wrongfully appointed Special Counsel" Trump tweeted. "Hope he doesn't say that under oath in that we have numerous witnesses to the interview, including the Vice President of the United States!"

During the hearing, Mueller acknowledged that he met with Trump to discuss the FBI, but had a very different characterization of the conversation. He said he merely spoke with the president about the role of FBI Director and the administration's hiring search, but "not as a candidate" for the job.

"I was not applying for that job. I was asked to give my input on what it would take to do the job," Mueller said.

According to The Associated Press, former officials familiar with the meeting said Mueller never applied for the position, which was left vacant when Trump fired James Comey a week earlier.

Trump has made several references to conflicts he claims Mueller had that made him unfit for the Special Counsel role. Those include the alleged interview for the FBI job, as well as a business dispute related to Mueller's membership at a Trump-owned golf course in Virginia.