Two senior Justice Department officials have confirmed to Fox News that the department's Office of Inspector General is reviewing the role played in the Hillary Clinton email investigation by Peter Strzok, a former deputy to the assistant director for counterintelligence at the FBI who was removed from the staff of Special Counsel Robert S. Mueller III earlier this year, after Mueller learned that Strzok had exchanged anti-Trump texts with a colleague.

A source close to the matter said the OIG probe, which will examine Strzok's roles in a number of other politically sensitive cases, should be completed by "very early next year."

The task will be exceedingly complex, given Strzok's consequential portfolio. He participated in the FBI's fateful interview with Hillary Clinton on July 2, 2016 – just days before then-FBI Director James Comey announced he was declining to recommend prosecution of Mrs. Clinton in connection with her use, as secretary of state, of a private email server.

In his FBI position, Strzok also enjoyed liaison with various agencies in the intelligence community, including the CIA, then led by Director John Brennan.

House investigators told Fox News they have long regarded Strzok as a key figure in the chain of events when the bureau, in 2016, received the infamous anti-Trump "dossier" and launched a counterintelligence investigation into Russian meddling in the election that ultimately came to encompass FISA surveillance of a Trump campaign associate.

The "dossier" was a compendium of salacious and largely unverified allegations about then-candidate Trump and others around him that was compiled by the opposition research firm Fusion GPS. The firm's bank records, obtained by House investigators, revealed that the project was funded by the Clinton campaign and the Democratic National Committee.

House Intelligence Committee Chairman Devin Nunes, R-Calif., has sought documents and witnesses from the Department of Justice and FBI to determine what role, if any, the dossier played in the move to place a Trump campaign associate under foreign surveillance. 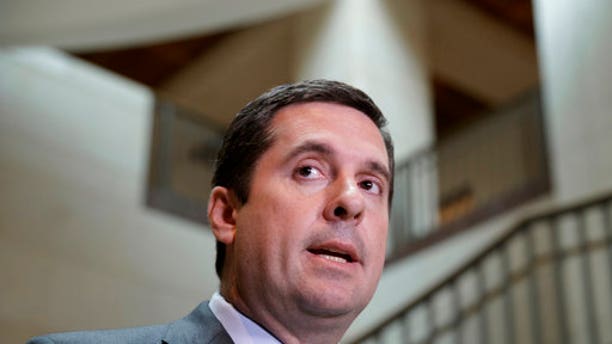 Strzok himself briefed the committee on Dec. 5, 2016, the sources said, but within months of that session House Intelligence Committee investigators were contacted by an informant suggesting that there was “documentary evidence” that Strzok was purportedly obstructing the House probe into the dossier.

In early October, Nunes personally asked Deputy Attorney General Rod Rosenstein – who has overseen the Trump-Russia probe since the recusal of Attorney General Jeff Sessions – to make Strzok available to the committee for questioning, sources said.

While Strzok’s removal from the Mueller team had been publicly reported in August, the Justice Department never disclosed the anti-Trump texts to the House investigators. The denial of access to Strzok was instead predicated, sources said, on broad "personnel" grounds.

When a month had elapsed, House investigators – having issued three subpoenas for various witnesses and documents – formally recommended to Nunes that DOJ and FBI be held in contempt of Congress. Nunes continued pressing DOJ, including a conversation with Rosenstein as recently as last Wednesday.

That turned out to be 12 days after DOJ and FBI had made Strzok available to the Senate Intelligence Committee, which is conducting its own parallel investigation into the allegations of collusion between the Trump campaign and the Kremlin.

Responding to the revelations about Strzok’s texts on Saturday, Nunes said he has now directed his staff to draft contempt-of-Congress citations against Rosenstein and the new FBI director, Christopher Wray. Unless DOJ and FBI comply with all of his outstanding requests for documents and witnesses by the close of business on Monday, Nunes said, he would seek a resolution on the contempt citations before year’s end.

“We now know why Strzok was dismissed, why the FBI and DOJ refused to provide us this explanation, and at least one reason why they previously refused to make [FBI] Deputy Director [Andrew] McCabe available to the Committee for an interview,” Nunes said in a statement.

"We now know why Strzok was dismissed, why the FBI and DOJ refused to provide us this explanation, and at least one reason why they previously refused to make [FBI] Deputy Director [Andrew] McCabe available to the Committee for an interview."

Those witnesses are FBI Deputy Director Andrew McCabe and the FBI officer said to have handled Christopher Steele, the British spy who used Russian sources to compile the dossier for Fusion GPS. The official said to be Steele’s FBI handler has also appeared already before the Senate panel.

The Justice Department maintained that the decision to clear Strzok for House interrogation had occurred a few hours prior to the appearance of the Times and Post stories.

In addition, Rosenstein is set to testify before the House Judiciary Committee on Dec. 13.

The Justice Department maintains that it has been very responsive to the House intel panel's demands, including private briefings for panel staff by senior DOJ and FBI personnel and the production of several hundred pages of classified materials available in a secure reading room at DOJ headquarters on Oct. 31.

Sources said Speaker Ryan has worked quietly behind the scenes to try to resolve the clash over dossier-related evidence and witnesses between the House intel panel on the one hand and DOJ and FBI on the other. In October, however, the speaker took the unusual step of saying publicly that the two agencies were "stonewalling" Congress.

All parties agree that some records being sought by the Nunes team belong to categories of documents that have historically never been shared with the committees that conduct oversight of the intelligence community. 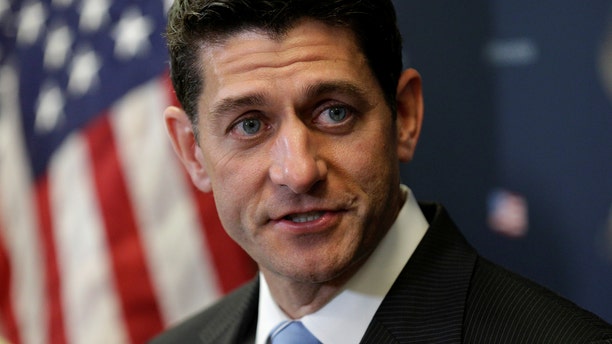 Federal officials told Fox News the requested records include “highly sensitive raw intelligence,” so sensitive that officials from foreign governments have emphasized to the U.S. the “potential danger and chilling effect” it could place on foreign intelligence sources.

Justice Department officials noted that Nunes did not appear for a document-review session that his committee’s ranking Democrat, U.S. Rep. Adam Schiff, D-Calif., attended, and once rejected a briefing by an FBI official if the panel’s Democratic members were permitted to attend.

Sources close to the various investigations agreed the discovery of Strzok’s texts raised important questions about his work on the Clinton email case, the Trump-Russia probe, and the dossier matter.

“That’s why the IG is looking into all of those things,” a Justice Department official told Fox News on Saturday.

A top House investigator asked: “If Mueller knew about the texts, what did he know about the dossier?”

Peter Carr, a spokesman for the special counsel, said: “Immediately upon learning of the allegations, the Special Counsel’s Office removed Peter Strzok from the investigation.”

Carr declined to comment on the extent to which Mueller has examined the dossier and its relationship, if any, to the counterintelligence investigation that Strzok launched during the height of the campaign season.