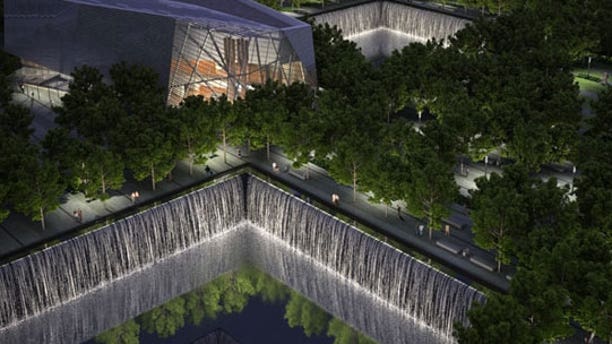 Nearly nine years after the terrorist attacks of September 11th, and amid a furious national debate over a proposed Islamic community center and mosque near the site, those constructing a permanent memorial and museum are looking ahead to a tenth anniversary opening at Ground Zero.

"We are preparing to finish the September 11th Memorial on the tenth anniversary of the attacks," said Joe Daniels, President & CEO of the National 9/11 Memorial and Museum.  "It will be a truly inspiring time when the world comes together to be able to pay their respects at the very site where so many innocent people lost their lives."

Daniels' organization does not have an official stance on the Cordoba House project - proposed for construction a few blocks from Ground Zero. But, he says they are very much aware of the mosque and see it as part of their own work.

"The reality is the story and the history of 9/11 isn't yet written," Daniels said. "So when controversies come up, whether it's about the mosque or where Kalid Sheikh Muhammad will be tried - those are seen through the lens of 9/11. We accept that as an institution. Our museum will do everything in its power to make sure that we track and keep up to date on all of the evolving implications of 9/11."

When completed, the National September 11th Memorial will feature the names of the 2,982 victims surrounding a pair of reflecting pools - each about an acre size. 30-foot waterfalls will flow within the footprints of the World Trade Center's Twin Towers.

The museum portion of the project, scheduled to open in 2012, will be largely underground. Visitors will descend from street level to the bedrock housing the original footings for the World Trade Center's Twin Towers. To get to the base, visitors will travel alongside the Vesey Street Stair remnant - also known as the "Survivor Stairs," which was used by hundreds to escape the destruction of the Towers on 9/11. On the main level of the museum, artifacts, narratives, oral histories and multimedia displays will recount the events of September 11th.

"It will be truly one of the places in America where people can come, remember the sacrifices that were made, remember what happened, remember how this country responded in the aftermath," Daniels said.

A powerful experience within the Museum is the West Chamber - an enormous space created by large sheer walls and long span trusses. This area references both the absence of the buildings and the enormity of the site. A preserved portion of the original World Trade Center slurry wall, which withstood the collapse of the Towers and prevented the site from being flooded by the Hudson River, will be displayed in here.

Daniels explained the logistical complexity of building above an active train station with skyscraper construction taking place all around. And to critics who wonder what's taken so long, Daniels notes it took years to build the Vietnam and World War II Memorials.

"While there is always a push to finish, finish, finish, we wanted to do it right," Daniels said, "and most importantly when we're done we want to have a memorial where people can be really proud of what we've done and what the country stands for."

For more on the National September 11 Memorial and Museum, click here.